It’s 2022 and “the twos” have it. First, the centennial of Ulysses, then The Wasteland and now that of Jack Kerouac (1922-1969), the famed novelist of On The Road, a prolific author who briefly called Long Island home.

In the early 1960s, the basically reclusive novelist was having a hard time dealing with his status as “King of the Beats.” Young men would knock on his door, only to be disappointed by the tired, middle-aged man staring back at them. Kerouac, with his mother in tow, moved to Northport. A star athlete in high school, Kerouac liked the fact that the house was located near a high school football field. Alas, the man could never overcome his drinking problem. Home away from home was a local saloon. Decades later, Massapequa resident Patrick Fenton commemorated that sad era with a radio play, Jack’s Last Call, as the novelist dwelled on his troubled relationship with his only daughter as he prepared to depart for a new life in Florida. 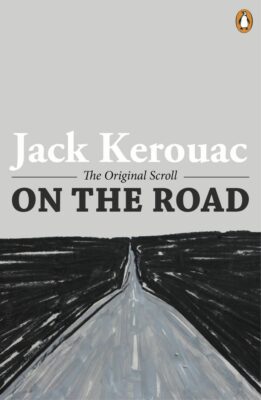 At the time of his death in 1969 at age 47, Kerouac had grown weary of the spotlight. Unlike his friend Allen Ginsberg, Kerouac did not adjust well to the turbulent Sixties. He was disgusted by the violence committed in the name of “the Beats.” He also supported the war in Vietnam. After his death, several key biographers were published: Anne Charters’ Kerouac (1974) and Dennis McNally’s Desolate Angel (1979). The 1982 25th anniversary of On The Road received much publicity—and hefty sales, too. In his abbreviated life, Kerouac struggled mightily. The Estate of Jack Kerouac, meanwhile, has enjoyed handsome returns.
Kerouac’s road to the literary life was typical: A young man throwing away a promising middle-class existence for love of the written word. A native of Lowell, MA, Kerouac’s father Leo, a typesetter by trade, moved his family to Richmond Hills, Queens when Kerouac was a teenager. The young man won a scholarship to Manhattan’s Horace Mann School, where he excelled in football, before matriculating at Columbia University.

At Morningside Heights, Kerouac caught the bug. There were the novels of Thomas Wolfe, but also Fyodor Dostoyevsky, plus such masters as Henri Balzac and Gustave Flaubert. There were also friendships with Ginsberg, Lucien Carr and William Burroughs. Suffering from a football injury, Kerouac hobbled his way on crutches through Wolfe’s New York. With his father’s death, the young man was now saddled with a lifetime promise to take care of his elderly mother. His life in turmoil, Kerouac sought to justify his bleak existence with a sprawling, Wolfe-like novel, The Town and The City, published in 1950. He had not found his voice, but it was a start.

Enter Neal Cassady. And jazz music. And most of all, a spontaneous prose style modeled on another French master, Louis-Ferdinand Celine. Cassady was a roustabout from Denver who wanted to come to New York and learn from Kerouac’s literary circle. The shy Kerouac and the ladies man Cassady hit it off. They became blood brothers for life. When Cassady moved back to Denver, Kerouac eventually followed along. The man stuck out his thumb on the New Jersey Turnpike and the seed for On The Road was planted.

Kerouac wrote the novel in his new style, typing the manuscript in three weeks’ time in 1951 on a huge roll of Associated Press teletype. His editor, the legendary Robert Giroux, wondered how the novelist could make changes to the manuscript. A crestfallen Kerouac declared that no changes were needed. He turned and stalked out of the room. The ever-loyal Giroux had his editors whip it into a conventional novel, one that wasn’t published until 1957.

Anonymity was good for Kerouac. Those underground years were most prolific. Numerous novels rolled from his typewriter, including his finest work, Visions of Cody. The latter remains Kerouac at his best: Freewheeling, spontaneous, a Whitmanesque and Wolfe-like celebration of the American night. Cassady (Cody Pomerantz) and Kerouac (Jack Duluoz) were young men suspended from adult responsibilities. That would come, for now it was time to discover the wide-open spaces of the American road. Reader, strap yourself in for an unforgettable ride.

Kerouac shied away from The King of the Beats title. The models were Balzac and Flaubert. The Legend of Duluoz saga would stand with the best of those two men. His life would be redeemed. The fact that Kerouac was of French extraction had much to do with his ambitions. 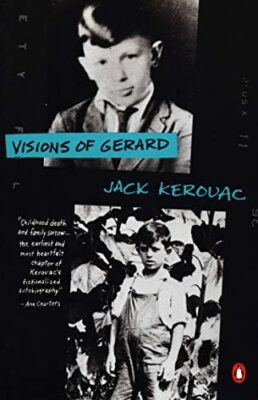 Dead at 47, Kerouac still published 19 novels, several of them posthumously. There are many unsung jewels within his corpus. The man was about more than a prophet of the open road. In such shorter works as Visions of Gerard (about an older brother who died when Kerouac was only four) and Tristessa (a poverty-stricken Mexican prostitute), Kerouac displayed a tender side, showing real compassion for his doomed subjects. Maggie Cassidy or Springtime Mary, also stands out. This short novel, too, is autobiographical. Duloux leaves his loyal Lowell girlfriend behind for the glamour and glitter of New York City. Maggie is bitterly upset. The reader knows Duluoz has just given up the best thing he will ever find.

Kerouac had range: Novels, poetry, journals, letters, even a Book of Dreams. He had influence. Did The Beatles come from The Beats? Bob Dylan and other rock stars sang his praises, giving the man exposure to younger generations. 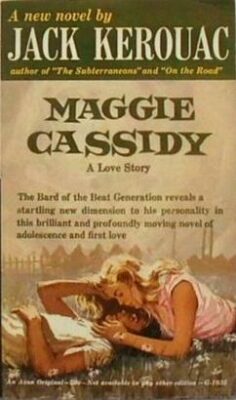 Kerouac left behind a lifetime of great reading. It could have been more. Why couldn’t he follow Ginsberg and John Clellon Holmes into the university profession? Kerouac would have made a fine writer-in-residence. For years, the man had wanted to write a history of the Civil War. His wasteful ways prevented that. Shelby Foote was also a novelist. Consider his three-volume classic. Kerouac could have lent his prodigious talents to the American Iliad.

One final influence was John Updike. When On The Road came out, the young Updike penned a satire of the novel in The New Yorker. His second novel, Rabbit Run, was a rebuttal to On The Road. Updike’s protagonist, Harry “Rabbit” Angstrom, runs, Dean Moriarty-like, from a wife and young child. While Rabbit is an absent father, his young daughter dies in a bathtub accident. See where an irresponsible lifestyle gets you?

In fairness, On The Road ends with resolutions. Dean finds happiness with his new bride and heads back to the West Coast. Sal Paradise, the Kerouac-stand in, is set to live the life of a Manhattan literati. For both men, the middle-class beckons.

In his novels, Updike fed off Kerouac’s energetic prose. With Rabbit, he created the quintessential postwar American hero. He might have done so without On The Road, but the influence sure didn’t hurt.