On The Kentucky Bluegrass Bourbon Trail 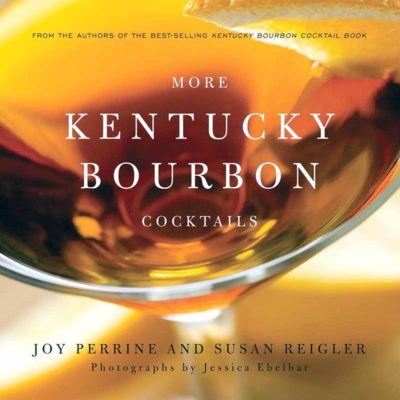 It’s bourbon whiskey, where more than 95 percent of the world’s consumption is produced, that puts the state of Kentucky on the world map, maybe even more so than being known for horse racing, basketball or bluegrass music.

In 1964, the U.S. Congress declared bourbon as a distinctive product of the United States, preventing other countries from labeling their whiskey as bourbon. It remains America’s only native spirit to this day. Bourbon, by law, must be made of at least 51 percent corn and it must be aged at least two years in new, white oak barrels that have been quickly charred.

Following up on their best-selling The Kentucky Bourbon Cocktail Book, the duo returns with more reasons to appreciate bourbon. This volume features more than 50 new concoctions—including variations on classics such as the Old Fashioned and the Manhattan—and even adds a splash of Kentucky flavor to mojitos, sangria, lemonade and coffee. It also has recipes from leading bartenders, prize-winning drinks from cocktail competitions, and a bourbon-inspired buffet featuring edibles for aficionados.

Perrine is the bar manager emerita at Equus Restaurant and Jack’s Lounge in Louisville. She was named Best Bartender in Louisville by Louisville Magazine and has won numerous awards for her cocktails. Reigler is a certified Executive Bourbon Steward and the coauthor of The Bourbon Tasting Notebook.

In its second edition, Kentucky Bourbon Country: The Essential Travel Guide by Susan Reigler is the most comprehensive and up-to-date source about the Kentucky Bourbon Trail. From Whiskey Row in Louisville to the annual Bourbon Festival in Bardstown, Reigler, an award-winning former restaurant critic and travel writer for the Louisville Courier-Journal, covers where to stay, what to see, where to eat, and how to get there.

Learn the basics: what sets bourbon apart from other whiskey, how it’s made and how to enjoy it best. Want to learn how to taste bourbon like a pro? Learn what affects the flavor, from the aging process to the difference in grain composition and all of the descriptors used to describe the spirit. Also, how does vanilla, caramel, allspice, wood, smoke and other influential flavors affect the final result of the batch?

Planning a pilgrimage to the mecca of bourbon? This book is a must-have. More Kentucky Bourbon Cocktails and Kentucky Bourbon Country: The Essential Travel Guide are available online at www.kentuckypress.com or at national booksellers like Amazon and Barnes and Noble.