Just What is “Democratic Socialism?”

Political labels like “liberal” and “conservative” get thrown around. Over the years, political scientists have found that if you like a politician, you tend to think of him or her as whatever you consider yourself to be. People who see themselves as “liberal” and think Senator Ted Cruz is a sexy, desirable man will generally see him as liberal. In the rest of the world, Ronald Reagan was frequently called “liberal,” the classical connotation of which implies belief in economic freedom and laissez fair. Every night, you can hear AM radio hosts screaming about “liberal fascists,” a phrase which proves they don’t understand the meaning of either word. 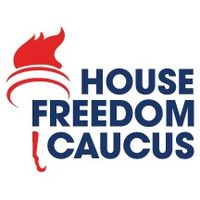 What the Congressional Freedom Caucus preaches has nothing to do with conservatism as that word has been used in American politics; in a European parliament they’d probably be called the Christian Nationalist party and everyone would understand.

We don’t teach what used to be called “civics” or “problems in democracy” in our schools anymore. Americans are not trained to weigh, analyze and identify who is and isn’t on their side or who really deserves reward or punishment at the polls.

Now we have the curious case of Senator Bernie Sanders, candidate for the Democratic nomination for President, whose fundraising prowess, continuing popular appeal and self-identification as a “Democratic Socialist” has confounded the so-called experts and elites.

Socialism is an innocent and understood word in most of the world. The British Labour Party pointed to its creation of the National Health Service in 1948 and proudly talked of bringing socialism to the United Kingdom. The Israeli Labor Party and its predecessors which produced every Israeli Prime Minister until 1977, pointed to the famous kibbutz settlements and proudly called them socialism.

They didn’t have the word yet, but most Long Island towns were founded based on socialist principles, with property owners sharing the important natural resources, including the meadows, ponds and salt grass marshes. Even livestock was herded together in great common pens.

Socialism means that an important asset is owned by the public and not a private, for-profit firm. On its own, the word has nothing to do with the Soviet Union, Josef Stalin or dialectical materialism. Our public parks, public schools, public libraries and every special improvement district on Long Island are examples of socialism. In Europe, for centuries, parks, schools, libraries and everything else worth owning were the property of the nobility.

The original political etymology of the two phrases differ slightly, but “Democratic Socialist” and “Social Democrat” have come to be interchangeable in the real world. Social Democrat is a somewhat more accurate and less threatening label for Senator Sanders. The coalition of progressives and environmentalists that first elected Sanders to office in Burlington three decades ago is now called the Vermont Progressive Party. The breakaway Union Liberty Party considers Sanders to be a socialist-in-name-only establishment sell-out and did not back him in 2012.

Social Democrats are not anti-capitalists. They want a better capitalism. In other words, they represent what was mainstream political philosophy in this country for six decades, starting in the 1930s.

A century ago, many movement leaders in New York were deeply religious people. Schenectady Mayor George Lunn and Presidential candidate Norman Thomas were both Protestant ministers.

Modern hyper-capitalism focuses solely on profit and requires endless growth. Our social fabric, and our planet, won’t be able to take it indefinitely. That recognition is social democracy.