With its 88 keys, the piano is a wondrous instrument that allows its master to change stylistic gears readily and rapidly. It’s a facet of the instrument that Judith Owen has been adept at exploiting throughout a career that dates back to the release of her 1996 debut Emotions on a Postcard.

Over time, this Welsh-born daughter of an opera singer has delighted audiences with a style that finds her bouncing between jazzy runs, getting into a deep soul groove or pounding out rock-flavored arrangements. Over the course of 11 recordings, she’s garnered herself a devoted fan base thanks to her introspective originals and a penchant for taking covers and turning them inside out, whether it’s turning the Deep Purple warhorse “Smoke On the Water” into a bossa nova number or giving Soundgarden’s grungy dirge “Black Hole Sun” a snappy arrangement that makes it swing in a way Chris Cornell could never imagine. 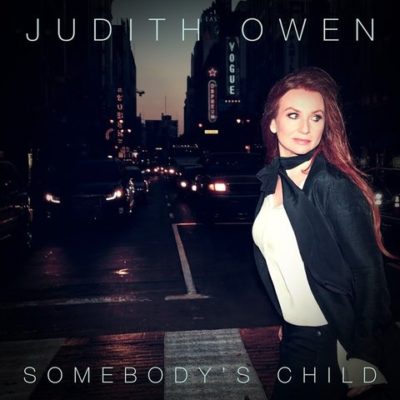 So it goes on Owen’s latest, last year’s Somebody’s Child, in which the Fifth Dimension counterculture nugget “Aquarius” is given a new veneer of crunchy chords and quasi-scatting while Roxy Music’s “More Than This” becomes a languid saloon song. It’s something Owen finds endless delight in doing.

“It just appeals to me to turn these things on their heads. My joy is that people listen to it thinking that it can’t be the song they think they’re hearing but by the time I get to the chorus, they realize it’s what they think they’re hearing and it comes from a place of joy—deconstructing and reconstructing a song and making it my own,” she explained. “It still has to work and really be powerful. I love surprising the audience with that. And the ones that you know you get in the first line and they’re in shock and they’re so happy that I’m going there. That now feels so different when I sing it.”

It’s a talent that’s earned the New Orleans resident her share of famous fans, including Bryan Ferry and Richard Thompson, who is a longtime admirer and close friend. While Owen started out as friends with the British guitar hero’s son Teddy, the piano-playing iconoclast befriended the elder Thompson when he was her stable mate at Capitol Records during the label’s tumultuous mid-1990s era. 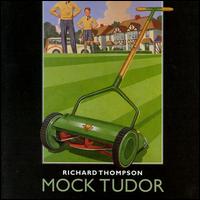 “I finally got to meet Richard when he was next door to Studio A working on Mock Tudor,” she explained. “He said he knew all about me and then he asked if I wanted to sing on a song—and our voices are really great together. There’s that chemical thing between us, plus he makes me laugh and is just a wonderful guy. He’s also a remarkable musician.”
The duo got along so well, that Thompson asked Owen to round out his trio that included percussionist Debra Dobkin for Thompson’s 1,000 Years of Popular Music, a music project conceived after he was asked by Playboy magazine to nominate his choice of top songs from the last 1.000 years. While this list, which started with Gregorian chants up through Britney Spears’ “Oops!…I Did It Again” was never published, Thompson, Dobkin and Owen played a number of shows featuring quite the eclectic set list. It proved to be right in Owen’s wheelhouse.

“He and I have that same love of everything and every period. I love so much music. So, off we went and did that. It started in that small way and was such a successful show and it was such a joy to be three people,” Owen recalled. “[Richard] said to choose the things I’d like to do, which I adored. I wanted to do Dido in there and some early opera. We hit real opera, which was terrifying, but I can do opera as well as anyone. We also did the Great American Songbook. ‘Sunny Gardens’—it was great to go through each tiny section of each century going forward. We toured with that for years on and off. It was a delight.”

That project also led to Cabaret of Souls, an operetta curated by Thompson whose premise was that of a reality show existing on a celestial plane in which a gatekeeper, played by Owen’s husband Harry Shearer, decided whether people like the plastic surgery addict or other self-absorbed souls wound up in purgatory or not.

“I think it’s one of the best things he’s done. There are these people in limbo who died and given the awfulness of these people’s lives, they have to describe them to the judge/gatekeeper, played by my husband, who decided whether you went to heaven or hell, which was fantastic,” Owen said with a laugh. “It was with some of the most beautiful music and truly stunning songs. It was quite an undertaking and an unbelievable achievement on his part. I was very fortunate to be a part of that and slightly pissed off because it hasn’t been performed since because it’s that great and special.”

Owen wears her heart on her sleeve and it’s quite evident on her latest collection of songs. The gorgeous title cut “Somebody’s Child” with its gorgeous string arrangements may have been inspired by the sight of a mentally ill pregnant teen dressed in trash bags on Manhattan’s Fifth Avenue during the Christmas rush, but Owen can relate due to her struggles with depression. (“I know how it feels to be so close to the edge that you think you might disappear and fall into the chasm.”) Elsewhere, the sprightly “Send Me a Line,” not only cribs a line from the Depression Era standard ‘Buddy, Can You Spare Me a Dime,” but also captures the electronic addiction people have to their devices, a vice Owen readily admits to.

“As an artist, I’m of course self-centered and self-absorbed and I miss the big stuff. It’s usually the smaller things that are the big stuff. So it’s that and it became the template for the whole album,” Owen said. “It’s all about what we miss in our rush in our little worlds. That, which is side by side with a song like ‘Send Me a Line,’ which is about my obsession with the phone. Again, the self-absorption and the First World problem that if somebody doesn’t answer in two seconds, I personally feel like the world hates me and that I’ve done something terribly wrong and I’m a bad person. And the idea that I can’t wait longer than that.”