To say music runs deep in John Legend’s soul is an understatement. The son of a choir director and grandson of an organist, he spent his youth in and around church and choir rehearsal and started playing piano at the tender age of four. With his earliest memories steeped in being in church, he admits this foundation “…was my foundation and inspiration.”
Currently touring behind his seventh studio album, Bigger Love, the Ohio native is taking an 11-piece band out on the road with the hopes of using his music to uplift concertgoers during these uncertain, pandemic-fueled times.
“It sounds trite, but I really hope people feel the love that we put into [Bigger Love],” Legend said. “Obviously, people have got all kinds of major concerns: life and death concerns, unemployment, all these big issues that are affecting them. No album is going to solve that for anybody, but it can at least give them a lift, some inspiration and hopefully make them appreciate life a little bit more.”

Legend’s passion for composing, singing and making a beautiful noise has found him going down plenty of musical avenues, be it as a current judge of The Voice, playing the title role in a live 2018 production of Jesus Christ Superstar or becoming the first black man and second youngest person to have won all four major American entertainment awards: Emmy, Grammy, Oscar and Tony (EGOT). So Legend was more than willing to share with readers who his favorite keyboard-playing vocalists are.

Stevie Wonder (May 13, 1950-present)
“[His greatness] is almost too obvious. You could argue that he is the greatest solo artist of all time. It would be hard to come up with a better answer.” 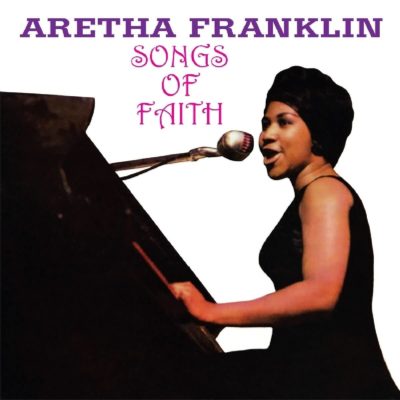 “One artist who might be as great as Stevie is Aretha. She was an amazing pianist. Stylistically, I feel like I have a lot in common with her. I learned a lot from my grandmother, who grew up in Michigan and Ohio. She was a little older than Aretha, but not much. I feel like generationally and in their background, my grandmother and Aretha reminded me a lot of each other. My grandmother was also the daughter of a big minister. I saw a lot of connection to Aretha’s life and music. I think she was underrated as a pianist. She was a great singer, but she could really play and when she accompanied herself, it was gorgeous.”

Elton John (March 25, 1947-present)
“I love him and have gotten to perform with and pay tribute to him. He’s just a great songwriter, performer and great activist as well.”

John Legend will be appearing on October 15 at the Hulu Theater at Madison Square Garden, 4 Pennsylvania Plaza, NYC. For more information, visit www.msg.com/hulu-theater-at-msg or call 212-465-6741.