Herbie Hancock once said that the spirit of jazz is the spirit of openness and nowhere is that more evident than when you delve into the canon and life of the late John Coltrane. Despite dying at the age of 40 from liver cancer on July 17, 1967, his legacy and music has lived on to the point of influencing artists across a huge spectrum of artistic mediums. It’s a legacy director John Scheinfeld (The U.S. vs. John Lennon; Who is Harry Nilsson [And Why is Everybody Talkin’ About Him]) certainly captures in his latest film, Chasing Trane: The John Coltrane Documentary.

Clocking in at an hour-and-a-half, Chasing Trane traces the music giant’s life with Scheinfeld weaving in 48 of the North Carolina native’s songs, a treasure trove of photographs (many previously unseen) and interviews with Coltrane’s family members and a wide array of talking heads including Wynton Marsalis, Jimmy Heath, Dr. Cornel West, Carlos Santana, Common, Sonny Rollins and Bill Clinton. In the roughly three years it took to make this project, Scheinfeld wanted to ensure that it wasn’t a boilerplate cinematic hagiography or some didactic analysis of Coltrane’s music.

“This is not a music history class. We do stop from time to time for some of his seminal pieces like ‘My Favorite Things,’ ‘A Love Supreme,’ ‘Giant Steps’ and especially ‘Alabama,’ where we use it in a powerful and emotional sequence that shows Coltrane’s connection to the civil rights movement of the 1960s,” Scheinfeld explained. “I wanted to use the music as if the artist, in this case John Coltrane, is still alive and I went to him and asked him to score the film. So we used those 48 recordings to bring alive all the dramatic, poignant, emotional and humorous moments. In Coltrane’s extraordinary body of work, I found every mood, texture and color to use. We have a credit on the film that says, ‘Music by John Coltrane’ because it is wall-to-wall and it is all his music.”

Given the paucity of Coltrane performance or interview footage, the director went to extraordinary lengths to make up for these challenges. While managing to wrangle appearances the saxophonist made on one television show the saxophonist appeared on with Miles Davis in the United States and four European concerts, Scheinfeld’s greatest coup was footage shot by Art Davis, a deceased jazz sideman who recorded with Coltrane and wound up capturing part of that session on a Super-8 video camera. The clip is in the film and was found on home movies packed in boxes that wound up in the Van Nuys garage of the late bass player’s son.

“Art Davis’ son lives about 20 minutes from me in California, so my producer/colleague Dave Harding and I went out there and for three Saturdays, we went through all of them on a viewer. A lot of them were mom and dad, grandma and grandpa-type home movies. But then, there it was—a seven-and-a-half color roll with no sound of Coltrane in the studio,” the director recalled. ”And you see that in the film. Its in the last 20 minutes of the film, where we’re talking about his avant-garde period.”

Scheinfeld also made up for the lack of Coltrane audio interviews by having Denzel Washington narrate quotes by the late jazz titan, excerpted from print interviews he did throughout his short life and are peppered throughout the film to reflect what he may have been thinking or feeling. Washington was at the top of the director’s list of who he wanted to have do this and once the actor signed off on it, Scheinfeld and an engineer flew out to Pittsburgh, where Washington was filming Fences. Suffice it to say, he did not disappoint.

“He had really prepared and knew how he wanted to interpret Coltrane and I think that’s a key point. It’s [Denzel’s] interpretation as if he’d been hired to play Coltrane in a scripted film,” Scheinfeld explained. “The reason he was number one on my list, besides the fact that he’s a superb actor and one of the biggest movie stars in the business, is that if you think about the characters he’s played on the screen, most of them are men of quiet strength. All the people that I interviewed that knew Coltrane described him in those terms. So what you hear in the film is Denzel Washington’s interpretation of John Coltrane as a man of quiet strength and I just think he nailed it. I think it really elevated the overall film greatly and I’m so pleased that he decided to participate.” 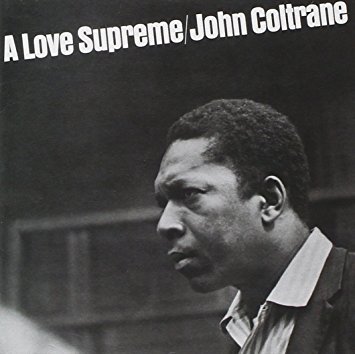 Long Island plays a significant role in the film. John Coltrane spent the last three years of his life living with his second wife/ fellow jazz virtuoso Alice and their children in Dix Hills. It was here where Coltrane composed his 1964 opus A Love Supreme in the home’s basement recording studio. It has also been in the process of being renovated as a national historic site, museum, learning archives and cultural center ever since it was weeks away from being demolished to clear the way for a trio of McMansions back in 2003. Currently being run as a nonprofit called The Coltrane Home in Dix Hills, partial proceeds from the screening will go to support the home. Given that roughly $2.5 million is needed to complete the capital campaign in order to have it fully open to the public by 2019, events like this that promote awareness are crucial according to organization president Ron Stein.

“I think an event like the Chasing Trane screening is bringing a lot of attention the home, because the home is actually well-represented in the movie. One of our board members, Yasuhiro Fujioka, who everyone calls Fuji, is one of the prime characters in the film,” Stein said. “He’s one of the true experts on John Coltrane in the world, has written books and is the largest collector of Coltrane memorabilia. Fuji is donating a significant portion of his collection to the home when it opens, as will the Coltrane family. The vision is to make it a place that’s going to be inspiring to people.”

Attendees at Wednesday’s event will not only see a screening of Chasing Trane, but former Coltrane bassist and current New School for Jazz and Contemporary Music professor Reggie Workman will be a special guest speaker. There will also be a short presentation about The Coltrane Home in Dix Hills and Scheinfeld will be Skyping in from California. With Coltrane’s old homestead just up the road from the Cinema Arts Centre, this screening is a perfect tie-in to these renovation efforts that the documentarian is happy to help shine a light on with his film.

“I think what struck me, was that the house had been allowed to deteriorate for quite some time and that was very clear to us when we were there,” he said. “It was such a shame and that’s why what Ron and his colleagues are doing there is so admirable and worthy and we hope that people will help them achieve their goal of restoring this house and making it into a museum and tribute to John and Alice Coltrane.”

On May 17, Cinema Arts Centre, 423 Park Ave., Huntington will be hosting a screening of Chasing Trane: The John Coltrane Documentary. For more information, visit www.cinemaartscentre.org or call 631-423-7611.