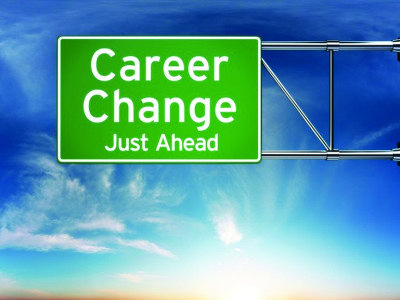 The number of people leaving their jobs has reached record-setting numbers, according to the Bureau of Labor Statistics, leading economists to herald a return in the confidence of the American worker.

This confidence opens up the possibility of a career pivot for those workers who are unsatisfied in their current positions. Michael Lonnay of the local staffing and recruiting franchise All About People, sees the recent jump in job creation as an encouraging sign for the worker who is looking for a mid-career change.

“In order to have a fulfilling career, the research shows you need to be doing something you’re good at and that you believe in,” said Lonnay. “If you’re not, that’s a big sign you should begin looking elsewhere. And luckily the economy is strong again, and now is the perfect time to seek out a new career.”

A Gallup panel released in November 2015 supports this interpretation. According to this study, more than half of American workers are considering leaving their current positions for new jobs.

The Gallup panel showed that most people were seeking a career change in order to find a better match for their skill set. Seventy-one percent of respondents said they were looking for a career that would allow them to use their skills and their years of expertise. The feeling of excelling in their role was more important even than money, which ranked third in a list of reasons for a career change.

For those who think it’s time for a career pivot, Lonnay said there are several strategies a worker can implement to keep from starting at the bottom rung in their new job.
Here are five of his tips on how to facilitate your transition into a new career.

An employer is unlikely to understand jargon from your prior position, so instead explain the big picture impact you had in your company. Imagine you’re explaining your jobs to a college freshman to help you simplify your experiences without dumbing it down.

Focus on the soft skills.

If you don’t have as much experience in the role you’re seeking, focus instead on the soft skills that will help you succeed. These are typically equally important and harder to teach than the hard skills of the job.

Taking courses and getting needed certifications will go a long way to convincing a new employer to take a chance on you, because it will show that you’re independently motivated and a fast learner.

Know what you want.

Having a vision in mind for your career change will make your search and applications more targeted.

Talk up your age and expertise.

You didn’t get where you are without learning a thing or two about the professional world and how it works. Let your interviewer know that what you might lack in youth, you more than make up for in institutional understanding.

Even after implementing all these tips, however, many struggle to get their feet in the door in their desired career.

Most people expect to have several different careers in their lifetimes, and recent research suggests that the typical millennial expects to change jobs about once every two years.

There are now fewer obstacles standing in the way of workers who want a different future for themselves. For those looking for their next career, strategic planning and execution, plus a little help from a fast-growing recruiting and staffing firm can make all the difference.

Scott Curkin writes for All About People, a staffing and recruiting franchise.