JFK Museum Showcases A President And The Cape

Many presidents have enjoyed vacationing on Cape Cod, but for John F. Kennedy, the Cape served as a special retreat and place of tranquility. The John F. Kennedy Hyannis Museum highlights the life of one of America’s most beloved presidents, as well as how significant the Cape was to him and his family.

The Cape was a refuge for JFK, a place where he came to think, relax and spend time with his family. That message is clearly conveyed through the museum’s exhibits, which feature videos and photographs from 1934-63 that give visitors a deeper look into the president’s life, time in office, family and time spent on the Cape.

Among the exhibits is a timeline of his presidency, family tree and model of his boat. There’s also a special showcase on the Kennedy Compound and on the relationship between JFK and his brother, former Attorney General Robert F. Kennedy. Several distinguished speakers also present at the museum numerous times a year.

The museum is one of the Cape’s top three attractions for visitors from all over the world and more than 61,000 people come through from mid-April through the end of December. 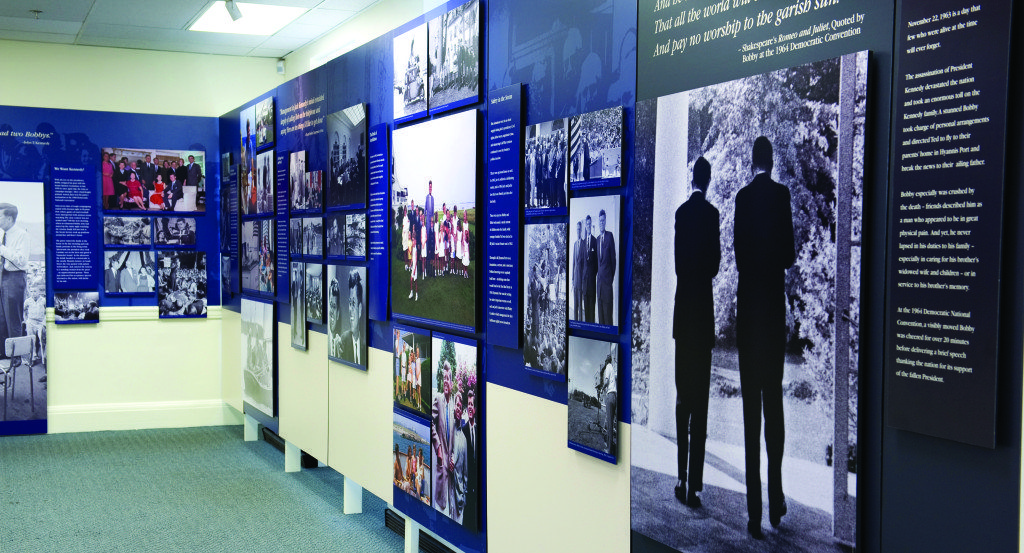 Knowledge of JFK isn’t a requirement to enjoy the museum and both history buffs and amateurs will find something of interest as they walk through the exhibits. Whether you were alive during his presidency, or know nothing about him, visitors are sure to come away with a better understanding of the historical icon.

“We really are focused on something that’s very emotional to people,” said John Allen, executive director of the John F. Kennedy Hyannis Museum Foundation, Inc. “If they were alive, they remember how they reacted or are inspired. Younger people walk away very motivated.”

Allen said he hopes people will not only walk away learning more about the country’s 35th president, but inspired by his example.

“People get drawn to his speeches and commitment to public service,” said Allen. “We want to inspire people to get involved with public service.”

Find out more about the John F. Kennedy museum and upcoming events at www.jfkhyannismuseum.org.

For more about Martha’s Vineyard:

Island Alpaca Packs In The Fun

Click here for all of our travel features about Cape Code, Martha’s Vineyard and Nantucket.