Up From Jersey: A Songwriter’s Saga

If ever there was an artist that firmly stood at the intersection of rhythm and blues it’s Robert Cray. While the Georgia native has...
Read more
Arts, Music & Entertainment 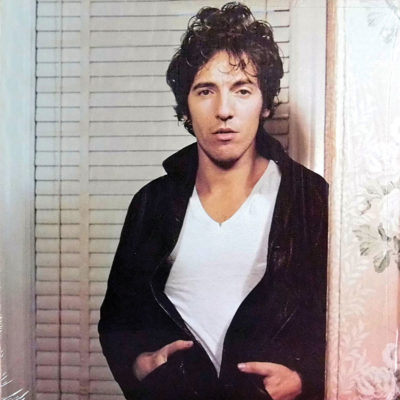 For those who were there, who could forget the New York of the mid-to-late 1970s? Every Friday and Saturday night, kids from New Jersey would steam into the city and strut around like they owned the place. “I’m from New Jersey,” any one of these hip youngsters would proudly tell you. Why not? New Jersey now had Bruce Springsteen, Patti Smith, Southside Johnny and The Asbury Jukes and later, Jon Bon Jovi. What did New York have?

Springsteen was the first big star to come out of the Garden State since Frank Sinatra. Unlike Sinatra, who left Hoboken for the West Coast and never looked back, Springsteen, much to the satisfaction of his fans, has kept New Jersey as his home. In 2009, Springsteen performed at the Super Bowl. At that moment, he decided to pen his autobiography.

Springsteen is a songwriter, not a prose stylist. And so, Born To Run is often a 528-page search for articulation. Even rock stars need a blue pencil applied to their prose. The author, Ezra Pound-like, peppers his narrative with capital letters often in bunches, ellipses and exclamation points. Describing an early 1980s cross country road trip, he recalls: “[I] like to be on wheels, and in the ancient days about which I will soon regale you children, There were no cell phones!” To which the reader might respond: Well, Bruce, it was 1982, “We already knew that.” Born To Run was seven years in the making and time and again, the author, despite windy and often puerile prose, gets it right. Celebrating the birth of his first son, Springsteen, again with great flourish, announces: “Citizens of Los Angeles: Evan James Springsteen is born. A son of New Jersey, born in exile, here in Babylon!” 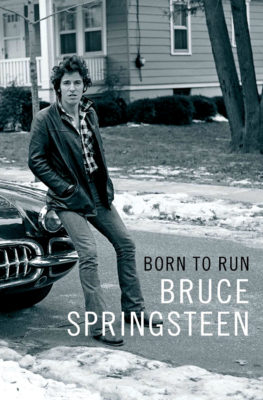 Here, Springsteen uses his megaphone to speak for fathers everywhere.

Born To Run can be broken into two parts. There is Springsteen’s rise to stardom and his later standing as a rock icon. The first part is more interesting. The story of Springsteen’s rise—The Café Wha? gig with The Castilles, the aggressive management style of Mike Apple, the CBS audition for John Hammond, Jon Landau’s “I have seen the future of rock n’ roll” review and the 1975 breakout shows at The Bottom Line—are all well known to fans.

What this autobiography communicates best is how Springsteen simply willed himself into a success. The life of a musician wasn’t fun on the road. It was, instead, work, hard work, 100 opening acts for a 100 different headliners—and Springsteen leaves little doubt to where that work ethic came from. Indeed, the book’s best writing always covers the most intimate aspects of the man’s life. There are moving tributes to Freehold friends who fought and died in a war they knew virtually nothing about. There are profiles throughout of his father, Doug Springsteen, that are more vivid than any of Springsteen’s highly-intense father/son songs. The elder Springsteen is portrayed as a larger-than-life Charles Bukowski-type who, while not understanding his son’s career choice, always said the right words at the most needed times. (When Springsteen, in the fall of 1975, told his father he was going to be on the cover of both Time and Newsweek, the elder Springsteen reportedly remarked, “Well, it’s better than another cover with the president.”)

Then there are the friendships forged from The E Street Band. With Steve Van Zandt, Springsteen found a soulmate. He met someone who took the music business just as seriously as he did. Music wasn’t just a way to impress the girls, it was a lifelong vocation. Springsteen devotes several chapters to “the Big Man,” his famed saxophone player, Clarence Clemons, the older brother that the younger Springsteen never had. Wife number two, Patti Scalfi, was also an E Street veteran. 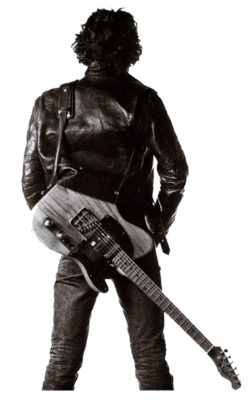 Born To Run is essentially a story about a man of the road who achieved success, but who also found happiness the way the average man does: Marriage, children, faith, community. The latter chapters are less interesting if only because the reader knows how the story ends. Springsteen, from the 1990s onward, had, perhaps unwittingly, transformed himself from a rock star to a cultural institution. And so, there are vignettes on piano duets with Frank Sinatra, onstage performances with The Rolling Stones, induction into the Rock and Roll Hall of Fame and a run-in with the New York City Police Department over “American Skin.” Springsteen as a working-class hero was always a media invention. Still, it probably was a troop of blue collar workers—not an army of MBAs—that stuck with him during his scuffling days. Springsteen had now progressed to singing the struggles of undocumented immigrants, while becoming the toast of the Jon Stewart constituency. Springsteen denounces Wall Street greed. He also has campaigned for candidates who, in truth, have voted for Wall Street bailouts.

With his 2012 album, Wrecking Ball, an energetic response to the 2008 stock market crash, Springsteen had hoped to sweep the nation in the manner of Born To Run (1975) and Born In The U.S.A. (1984). The album did well enough, but like most of his later efforts, it came and went. Springsteen, with his usual ambition, had wanted more. The culture, however, had been shifting from under the man’s feet. The rock star knew it. “A new kind of super-pop, hip-hop and a variety of other exciting genres had become the hotline of the day, more suited to the current zeitgeist,” Springsteen observes. The culture had changed because the country had changed. The America that embraced Born To Run and b was fading fast. Ever the progressive, Springsteen doesn’t mind these changes at all.

There are many sides to a band like Chicago—a self-described “rock and roll band with horns,” a steady presence on MTV during the early...
Read more
Arts, Music & Entertainment

By Brittany Thomas As Hillary Clinton endeavors again to earn the presidential election, one may wonder: Who was the first woman to run for president? Victoria...
Read more
Arts, Music & Entertainment

Gaudioso brothers have fashioned a career in indie filmmaking Most mothers would have advised their children to pick a more sensible career. Maryann Gaudioso of...
Read more

Should College Athletes Be Paid?

California is known to be much different than all the other 49 states. It has so many laws that clash with the rest of...
Read more
Mike Barry - Eye On The Island

Should everything go according to plan, the New York Islanders will soon have a new ownership team to accompany its new locale. Subject to National...
Read more
Outdoors

When the Paul Giamatti character Miles uttered the words, “If anyone orders merlot, I’m leaving, I’m NOT drinking any merlot!” in the 2004...
Read more

Who says beer is the ultimate summer drink? As we reach this time of the year, seasonal winter brews are popping up all over,...
Read more
Arts, Music & Entertainment

Music To Your Mouth: What To Eat At A Grammy Awards Viewing Party

“I don’t know what this means. I don’t think it means anything.” —Eddie Vedder, of Pearl Jam, upon receiving a Grammy award in 1996...
Read more
Food & Leisure

March is National Nutrition Month and after the havoc that the holiday season can wreak on your diet, there’s no better time in the...
Read more