Jerry Seinfeld Dives In With His First (And Maybe Final) Special

There’s no better place to jump out of a helicopter for a comedy special, right? Well, maybe there is. Regardless, who would think Jerry Seinfeld at age 66 would be pulling off his own stunts? Since when did Seinfeld even perform stunts?

This is not your normal comedy act. This is Jerry Seinfeld: 23 Hours to Kill, which premiered on May 5 on Netflix, taking the comedy world by storm.

“I loved secret agents from when I was a kid,” Seinfeld said during a Zoom press conference with a small group of reporters a day before the special’s debut. “I loved Get Smart and Bond and Flint. I love James Coburn as Derek Flint and I just love that stuff.”

So Seinfeld traded in his suit jacket—temporarily—for a wetsuit. First, he was training in an Olympic-style pool, diving down into the water from a 10-meter high platform. Was it Seinfeld or Greg Louganis?

“I think I completely misunderstood what I had said I wanted to do when I got to doing it,” Seinfeld said, joking with reporters about his stuntman capabilities.

Well, that’s when the real challenge set in.

As Seinfeld readied himself for the flight (and dive) of a lifetime, it was also time to be a secret agent. Yes, he did indeed become Jerry Bond.

“I thought, ‘Well, it’s water, I’m going to jump in the water, what’s the big deal?’” Seinfeld said. “But I think we were about 40 feet up off of the water. That chopper’s going and there’s another chopper nearby with another camera, and you’re waiting for boats to leave. It’s not like the area’s even locked down like in a normal movie set. Freighters, barges and tug boats are going back and forth the whole time. So we’re just waiting for them to clear so we could jump out. Both times, I really had to swallow hard and just do it.”

And that’s when the persona became reality. Seinfeld jumped right out of the helicopter into the Hudson River, twice.

Suddenly, he runs onto the stage at the Beacon Theatre, unzipping his wetsuit and making a splash right off the bat with his usual hysterical self.

“When I came up with the title 23 Hours to Kill, I thought, ‘Oh, that’s cool, that sounds like a Bond movie,’” Seinfeld said. “My favorite scene in all of James Bond is when he unzips the wetsuit and he has the tuxedo. Then, I thought, well, how could I do that?”

Where else to dive into a body of water than the Hudson River? If only he went to the East River like Cosmo Kramer did.

Seinfeld’s hour-long comedy special is his first since 1998, I’m Telling You for the Last Time, which aired on HBO. And the Massapequa High School graduate comes out firing on all cylinders.

While Seinfeld hasn’t stopped performing his stand-up act in front of crowds across America, it was time for him to bring laughs to everyone once again.

“Hopefully, you get better as you go until you completely fall apart,” Seinfeld said of how this special differs from the ones he previously worked on. “I feel good physically and I still have a lot of enthusiasm for doing it. Those are the key aspects. Are you still into it? Do you love doing it? If you love doing it and you’re still pretty healthy, that’s a good time to put your work down on record of where I’ve gotten to. That’s what this special is for me. I feel like this is where I got to, and I wanted it to exist.” 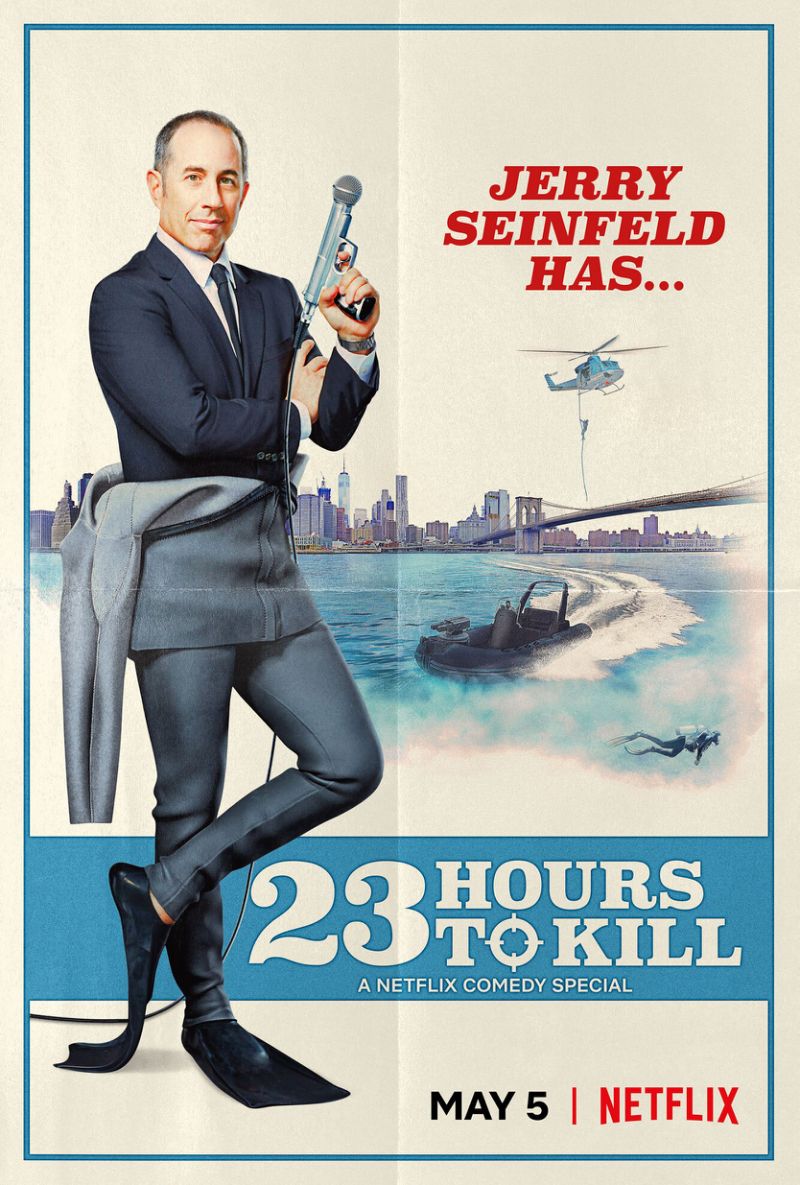 The show, which is streaming on Netflix for the foreseeable future, contains bits about why buffets even exist to how amazed everyone was when Pop-Tarts debuted to the lack of people knowing how to speak to one another because they focus on texting too much. From prancing around the Beacon Theatre’s stage to rolling on the floor, you’d never think he’s in his mid-60s.

Best of all about this comedy is Seinfeld’s relatable comedy, which is what made this Long Islander famous from the beginning.

“Never feel bad that your life sucks,” Seinfeld joked on the Beacon’s stage. “The greatest lesson you can learn in life is that sucks and great are pretty close.”

Unfortunately, for Seinfeld fans, this might be his final stand-up special. When asked whether or not he’ll do at least one more made-for-TV deal, he wasn’t too sure, comparing it to his hit sitcom Seinfeld, which concluded in 1998.

Seinfeld said he could’ve kept going a few more seasons with his show, which totaled 76.3 million viewers, making it one of the most-watched shows of all time.

“I’m not the biggest fan of people hanging on to the bitter end,” Seinfeld said. “My pattern is to leave just a little sooner than you think I was going to—even this special, Netflix told me I could make it an hour and five [minutes], an hour and 15, and I always like a little economy. From a lifetime vantage point, I might not want to be out there after this, doing this type of thing. I don’t know I’ll have to see when I get into my 70s if I don’t feel that way.”

Meanwhile, Seinfeld hopes he can begin touring the country sooner rather than later, providing audiences with his sarcastic stand-up just like he always does. If there’s a time that people need a good laugh, it’s now.

“What I’ve been saying about it is if I was another virus, I would be intensely jealous of this virus coming up with these two weeks of no symptoms idea,” he joked about the coronavirus pandemic, making light of the situation. “It’s the most brilliant bit that a virus ever thought of, that we can spread without them knowing that we’re in there.”

Previous articleColumn: Being Quarantined Inside With Family Reveals Our Roots
Next articleComedians In Cars Getting Coffee Appears To Have Poured Its Last Mug