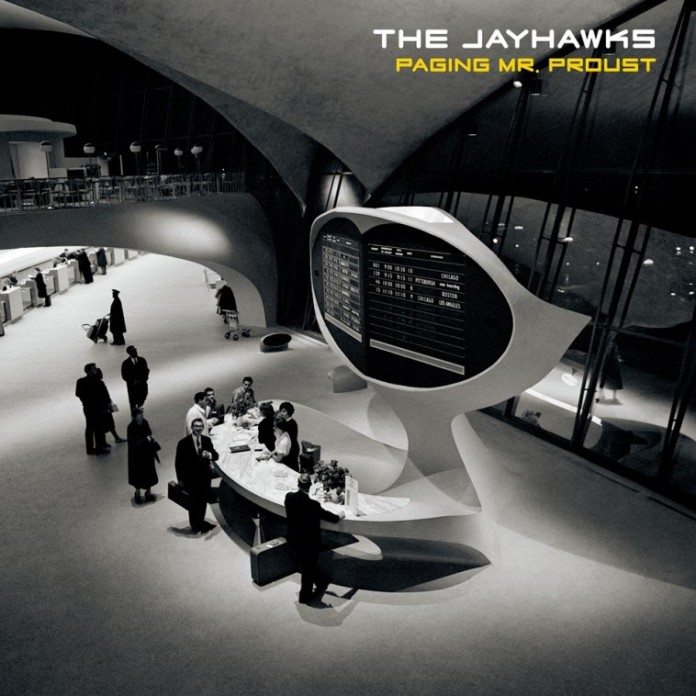 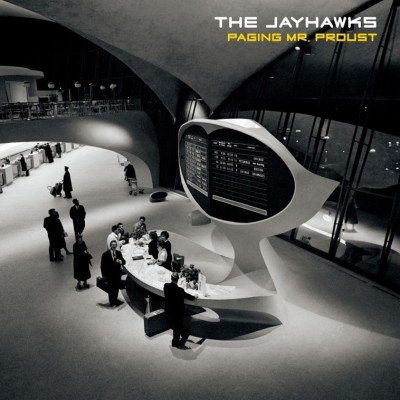 The Jayhawks – Paging Mr. Proust (Thirty Tigers)
When the Jayhawks released their 1986 self-titled debut, founding members Gary Louris and Mark Olson formed a one-two punch of Everly Brothers-inspired harmonies and whip-smart songwriting that not only found them great success in the 1990s, but cemented their role as a seminal act in the newly evolving Americana movement. And while creative differences caused Olson to leave not once, but two times (the most recent being after the release of 2011’s Mockingbird Time). Louris continues to carry on the band’s legacy along with fellow founding member Marc Perlman. Not surprisingly, Proust finds the Jayhawks coming up with the kind of songs that go beyond their y’alternative roots not unlike the trio of late 1990s/early 2000 releases the band put out after Olson’s initial departure (Sound of Lies, Smile and Rainy Day Music).

And while enlisting the aid of Tucker Martine and R.E.M.’s Peter Buck to help co-produce what is the Jayhawk’s ninth studio album, Louris isn’t shy about letting his Neil Young freak flag fly here. “Pretty Roses In Your Hair” does just that throughout whether its the squalling tone he gets as a counterpoint to Karen Grotberg’s sparse piano lines on “Pretty Roses In You Hair” or the wailing harp and loping cadence of “The Devil Is In Her Eyes,” a number that wouldn’t sound out of place on Young’s Harvest. Louris and company also show some of that same sense of experimentation the Rock and Roll Hall of Famer has been known for throughout his career. You can hear it on some of the psychedelic nuances of “Lost the Summer” that include liberal applications of feedback and synthesizer or the punk-like attack of the frenetic “The Dust of Long-Dead Stars.” But the greatest example of the Jayhawks’ willingness to veer away from their insurgent country roots is “Ace,” a distaff number built on a simple beat that has layers of soundscaped atonal guitar piled on top of a looped beat in a way that will have you double-checking to see that this isn’t a Beck album. All of which provides a nice counterbalance to one of the album’s prettiest songs, the bittersweet “Lie in Black & White,” where R.E.M.’s Mike Mills pumps up the band’s harmonies as the band builds on a crescendo of Grotberg’s forceful piano runs and Louris’ melodic harmonica fills. Three decades on, the Jayhawks continue to be a creatively fertile group still capable of surprising both the diehard and casual fan.