Currently appearing on Broadway as the character Dr. Jim Pomatter in the musical, Waitress, at the Brooks Atkins Theatre through Feb. 11, Jason Mraz has gotten great reviews since he kicked off this limited 10-week stint back in November. Even though he’s best known as a pop singer-songwriter, Mraz has a lifelong love of the theater dating back to his teen years growing up in Virginia, where the best piece of advice he received was from a favorite drama teacher who told him to always stay humble.

Fully realizing that being in a musical was a different way of performing, the Virginia native admitted that he hadn’t tried being a thespian since high school and as a result, “…had to go do a crash course in acting so I could not ruin this show and blend in with the cast and the company and truly be Dr. Pomatter.” Totally enamored with the idea of performing eight times a week and coming back to delve into his craft at the same place versus living out of a suitcase on the road, Mraz stopped long enough to share some of his favorite musicals. 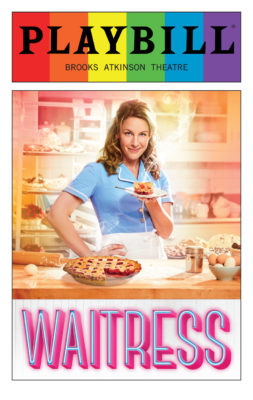 “I’m biased, because I got to be part of it since its conception, but I wouldn’t have participated if I thought it was lousy. I really do think that it’s like a sitcom with great music than it is a musical. It’s a cute comedy that surprises you. I just love it.” 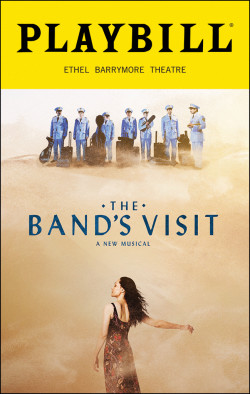 “I recently saw The Band’s Visit. I loved it. It’s extraordinary. I also love that it’s one act. Its 90 minutes with no intermission, so that’s convenient for anyone. The music is fantastic. I love Middle Eastern music whether it’s from Egypt, Pakistan or Morocco. The Band’s Visit is Egyptian music occurring in Israel, but it’s sung with English lyrics. It’s gritty, hilarious and the set is gorgeous. The melodies are so moving and the lyrics are so delicious on the ears. I highly recommend The Band’s Visit.”

Tie: The Book of Mormon and Hamilton

“It’s probably a tie between The Book of Mormon and Hamilton, because both of them are so epic and unique. Epic for Mormon, in that it’s nonstop laughs and I can’t believe they just went there­—shock and awe comedy. Hamilton is just a jaw-dropping, how-did-somebody-pull-this-off kind of musical? Three hours of rap songs that basically describes the history of our nation. When I saw Hamilton, my jaw hung open. Several times throughout the show, I would think that was the best song I ever heard in my life. And then two songs later, I’d think that was the craziest song I’ve ever heard in my life and then it would happen again and again throughout the night. By the end, I don’t think I’d ever been so committed to one thing long enough that I could create something like that. Understandably, I know it took seven years and a lot of passion. But I was completely floored by that musical.”

Jason Mraz will be in Waitress through Feb. 11 at the Brooks Atkinson Theatre, 256 W. 47th St., NYC. Visit www.brooksatkinsontheatretickets.com or call 212-966-3232 for more information.

Read LIW‘s full interview with Jason Mraz: All The World’s A Stage For Jason Mraz

All The World’s A Stage For Jason Mraz