Jason Mraz Gets Into A Positive Groove

With a nation still divided in the aftermath of a contentious presidential election topped off by a year-and-a-half long pandemic, positivity is something that is both in need and in short supply. To that end, Jason Mraz couldn’t have picked a better time to come out of the lock-down with Look For the Good, a collection of songs steeped in optimism and filtered through a sieve of rock-steady reggae. Produced by Michael Goldwasser, the founder of indie reggae imprint Easy Star Records, who has also worked with the likes of Matisyahu, Steel Pulse and Toots and the Maytals, Mraz’s seventh studio album was originally released in June 2020.
The Virginia native had started working on it wanting to bring some lightness and joy through his work in anticipation of what 2020 was shaping up to look like in the aftermath of a nasty presidential campaign. But even Mraz couldn’t have anticipated the global impact of COVID-19 and the collateral inequality that would kick up in its wake, causing him to decide to take a step back from the normal promotional cycle that comes with the release of a new project.
“When I started working on the songs in 2019—demoing and experimenting—they were coming together really well,” he recalled. “It was powerful stuff and I felt like we needed to find a home for these songs and put them out in 2020. In February, we delivered and found a home for it. In March, we planned our release date, and also in March we realized we weren’t going to be doing anything. Last summer, we were all getting our asses handed to us in education, American history, the reawakened advancement of equality and hardcore marching in the streets. Politically, we were shifting. It was hard to be creative and say, ‘Look at me’ at a time like that. I really wanted to stay out of everybody’s way because I didn’t feel like it was the time to be distracting anyone. We all had the right to choose what we were going to put our eyes on and spend our time thinking about. But I didn’t feel like it was my time to be out there saying, ‘Hey look at me and listen to my music.’ It wasn’t my year.” 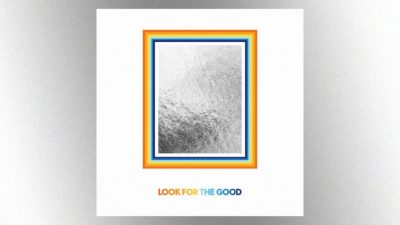 To that end, Look For the Good was released on Juneteenth 2020 and in the theme of Mraz’s ‘This ain’t about me,’ he diverted any revenue from the album into Black Lives Matter, Grassroots Law Project, Equal Justice Initiative and several organizations in the San Diego area. Going forward with his social consciousness, his Jason Mraz Foundation, whose mission it is to support inclusive arts education and the advancement of equality, has not only donated upwards of $1 million to various nonprofits supporting these ideals, but will announce at least 25 other nonprofit organizations that will be receiving micro-grants of $2,000 each. 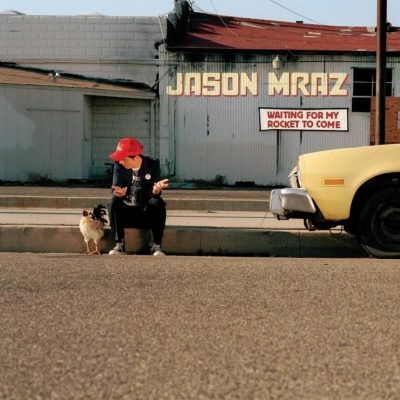 As for the hard stylistic turn Mraz took on his latest project, his love of reggae dates back to a childhood exploring his stepfather’s extensive CD collection. A couple of years after the release of his 2002 debut Waiting For My Rocket to Come and a couple of tours opening for Jewel and Tracy Chapman, a trip to the Bob Marley Museum at Hope Road in Jamaica and a subsequent visit to Hawaii stoked the idea of recording a reggae album that Mraz never thought would go beyond being a vanity project he could sell from the merch table at his gigs. A chance meeting with Goldwasser made this notion more of a reality.
“Recording a reggae album was always something on my vision board, but I wasn’t sure how I’d pull it off,” Mraz said. “ But in 2017, I got introduced to Michael Goldwasser, who produced the album. He’s from an amazing outfit called Easy Star All-Stars. Famously, they filter tribute albums through the reggae lens and do it really well. They work with reggae artists all the time and have amazing musicians that understand that pocket. He did a remix for me and we got along and thought we should do more of this. We’d create songs and Michael would send me grooves and ideas that I could write to. Or take songs that I was working on and see if I could filter them through that danceable groove of reggae. It was just an awesome feeling. It happened very quickly and I would say we really started in February 2019 and were recording by August of that year.” 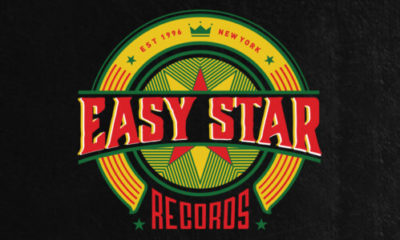 The bona fides on these dozen songs run deep and go far beyond being some kind of reggae busman’s holiday. Goldwasser and Mraz have pulled together a 13-piece band that churn out the kind of organic grooves you’d hear on a Wailers or Third World album. Split into themes, the first half addresses the state of the world while the second part dabbles more with word play and vintage reggae rhythms.

Opening the album with the title cut, uplifting lyrics like “People done forgot the superpowers we all have/We were born to love, not hate, we can decide our own fate” ride along on a sticky groove. Bookending the album is “Gratitude,” a catchy gospel chorus-soaked ear-worm where Mraz has an unusual spin on his parents splitting when he was a kid when he sings, “I am grateful to my parents/I’m grateful they divorced/When they divided, they multiplied it/And two parents became four.”

In-between, highlights include cameos by storied reggae artist Sister Carol on the slow-rolling ode to women that is “Time Out” and comedian/actress Tiffany Haddish, who takes a rapping turn on “You Do You,” an anthem of self-awareness. Haddish’s involvement came after Mraz met her after one of her shows while he was in the midst of trying to find an established rapper to appear on this cut.
“I had been looking for someone to rap on ‘You Do You’ and I was only thinking of musical artists,” Mraz said. “Everyone was not available, hard to reach or just stuff with other artists, including walls of managers that you can’t get through. Then my photographer friend Jen Rosenstein, who shoots for Tiffany, said I should come to a show Tiffany was going to be doing in my area. I love stand-up and hanging out with comedians. I got to meet her and just asked if by any chance she rapped. She said, ‘Yeah.’ Almost in an act of defiance she said she’d do it. It was almost like she wanted to show me she could and wanted to know when we were doing it. I said I had a thing and thought she would crush it and was in alignment with who she is. She said absolutely and within less than a week, we were in the studio together. It was cool, organic and I’m happy with it.”

Mraz’s latest wound up topping Billboard’s Current Reggae Albums Chart and has made him more enthused about bringing his Look For the Good Live! tour to the masses. In addition to bringing his 13-piece studio ensemble on the road, Mraz is eager to experiment with the genre he’d long been looking to delve deeper into.
“We’ve done some prep, about a week of rehearsals and a little bit of performing through live stream and some drive-in shows,” he said. “I think all we need to do is hone in on this entertainment aspect, but musically, it’s solid and tight. It’s the album come to life. Live, I’m hoping to do some live remixing and dubbing, allowing me to venture out into the freestyle realm and audience with the interactive experience, which I love to do. I like to do some storytelling, but with a groove. I’ve never done a show where I have such a funky groove to rely on. I’m hoping that it’s really like a Zumba class. I hope people come ready to dance because I’ll be dancing the whole time. That’s another thing I get to do, which I’ve really never done before. It should be fun.”