A native of Elmont, serves the U.S. Navy aboard U.S.S. Boxer, which is homeported in San Diego. 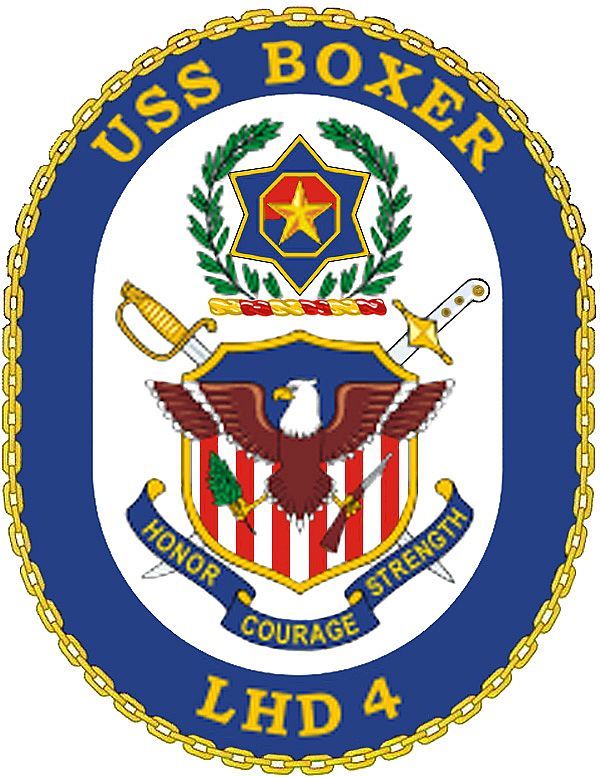 “I was inspired to join the Navy because I wanted to travel,” said Cedoit.

A damage controlman is responsible for responding to emergencies on a ship.

Cedoit relies upon skills and values from lessons learned in Elmont to succeed in the military.

“My mom has always been a selfless person,”  said Cedoit. “That has helped me a lot in the Navy when junior sailors come up to me and ask me for help.”

Boxer, a Wasp-class amphibious assault ship, commissioned Feb. 11, 1995, and is the sixth U.S. ship to bear the name. The ship recently completed a scheduled maintenance availability and is preparing for upcoming operations.

Boxer’s crew is made up of approximately 1,200 officers and enlisted personnel and can accommodate up to 1,800 Marines. Amphibious assault ships transfer Marines, equipment and supplies and can support helicopters or other aircraft, according to Navy officials. They also are capable of accessing 75 percent of the world’s beaches.

Serving in the Navy means Cedoit is part of a world that is taking on new importance in America’s focus on strengthening alliances, modernizing capabilities, increasing capacities and maintaining military readiness in support of the National Defense Strategy.

“The Navy contributes to national defense by showing the world that we are here and representing a symbol of democracy throughout the world,” said Cedoit.

More than 90 percent of all trade travels by sea, and fiber optic cables on the ocean floor carry 95 percent of the world’s international phone and internet traffic.

Navy officials continue to emphasize that the prosperity and security of the United States is directly linked to ready sailors and a strong Navy.

“Maintaining the world’s best Navy is an investment in the security and prosperity of the United States, as well as the stability of our world,” said Admiral Mike Gilday, Chief of Naval Operations. “The U.S. Navy – forward deployed and integrated with all elements of national power – deters conflict, strengthens our alliances and partnerships and guarantees free and open access to the world’s oceans. As the United States responds to the security environment through integrated deterrence, our Navy must continue to deploy forward and campaign with a ready, capable, combat-credible fleet.”

“The Surface Force will continue to meet the challenge of strategic competition and respond to the realities of the modern security environment,” said Commander of Naval Surface Forces Vice Admiral Roy Kitchener. “Our efforts are critical to preserve freedom of the seas, deter aggression and win wars.”

Sailors like Cedoit, have many opportunities to achieve accomplishments during their military service.

“I’m most proud of putting out a fire by myself,” said Cedoit. “When I discovered a fire, I called for backup and then quickly took action so it wouldn’t spread.”

As Cedoit and other sailors continue to train and perform missions, they take pride in serving their country in the United States Navy.

“Serving in the Navy gives me a sense of pride because I’m able to help my family for whatever is needed,” added Cedoit.