The New Year will soon be here and as we are writing down our resolutions to lose weight, eat healthier and exercise, stop smoking, stop drinking, decrease the shopping and spending and all our other annoying vices, consider making a resolution that’s a cinch to keep—see a new movie.

The new year also gives way to awards season, with the Golden Globes and Oscars only a few weeks away, everyone wonders what films will be contenders.

So as you head to the gym, do some premature spring cleaning of your wardrobe and begin to return to a normal life post-holidays, relax with a movie or two.

The following are just a few to look forward to in January 2019. 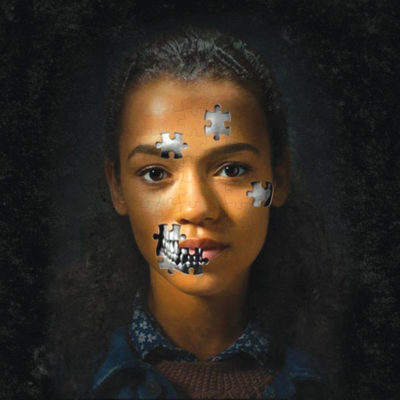 On Jan. 4, Escape Room scares its way into theaters. Directed by Adam Robitel, the film stars Deborah Ann Woll, Tyler Labine and Taylor Russell. While watching, you will definitely be second-guessing the popular escape rooms you and your friends enjoy going to.

The movie follows six strangers who seemingly were randomly selected to participate in one such room, however, they soon realize that this is no mere coincidence and they must join forces if they want to survive.

Escape Room is a good start to get your heart pumping in the New Year if you like a good scare or two. 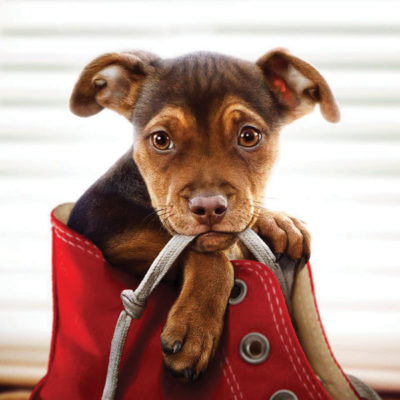 This family adventure movie will warm the hearts of everyone as we follow an adorable dog who travels more than 400 miles to be reunited with her owner. A must see for all ages. 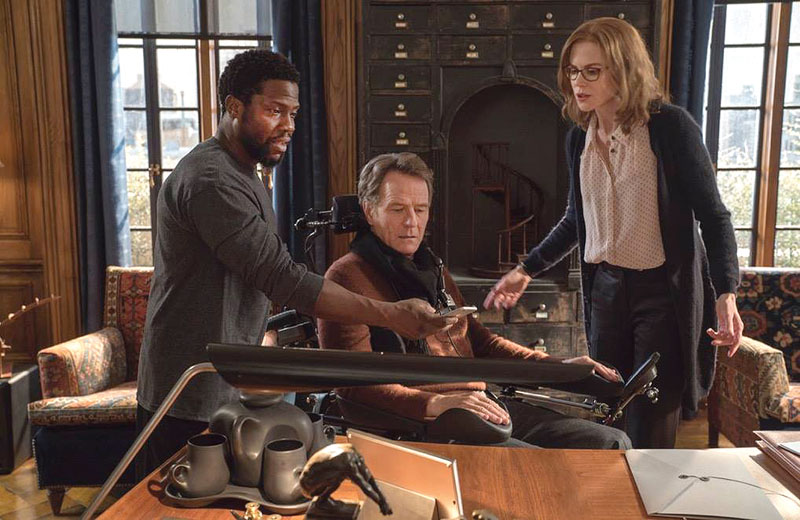 Also on Jan. 11, The Upside directed by Neil Burger and starring Nicole Kidman, Bryan Cranston and Kevin Hart debuts. Cranston portrays a wealthy quadriplegic man who takes a chance by hiring an unemployed former criminal to help him with daily life.
Hart plays this role brilliantly and demonstrates that he can do more than just get a few laughs. A funny and heartwarming story. 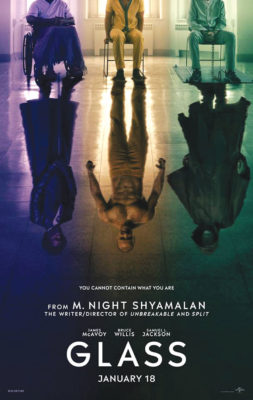 On Jan. 18, Glass comes to theaters. Written, co-produced and directed by M. Night Shyamalan, it stars Bruce Willis, Anya Taylor-Joy, James McAvoy and Samuel L. Jackson. This thriller will have you on the edge of your seat as you want to look away but just can’t.
It follows the conclusion of the movie Split (2016), which also starred McAvoy as a disturbed individual with more than two dozen personalities. Bruce Willis reprises his role in Unbreakable (2000) and along with Jackson’s character of Glass, these three hold secrets that are critical to all of these men’s past and future. Buckle up for a wild ride. 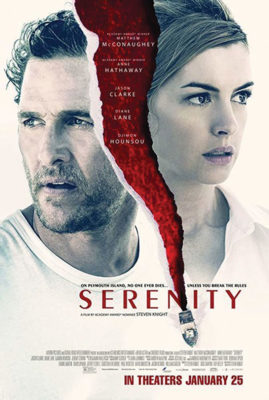 Jan. 25 sees the debut of Serenity, which is anything but serene. Directed and written by Steven Knight, the film stars Diane Lane, Anne Hathaway, Matthew McConaughey and Jason Clarke. This thriller uncovers the shadowy past of a fishing boat captain when his ex-wife pays him an unexpected visit with a frantic plea for help in eliminating her current husband. Just when you think you have it all figured out, you will shake your head in disbelief.

So grab some popcorn, a soda and enjoy your movie.