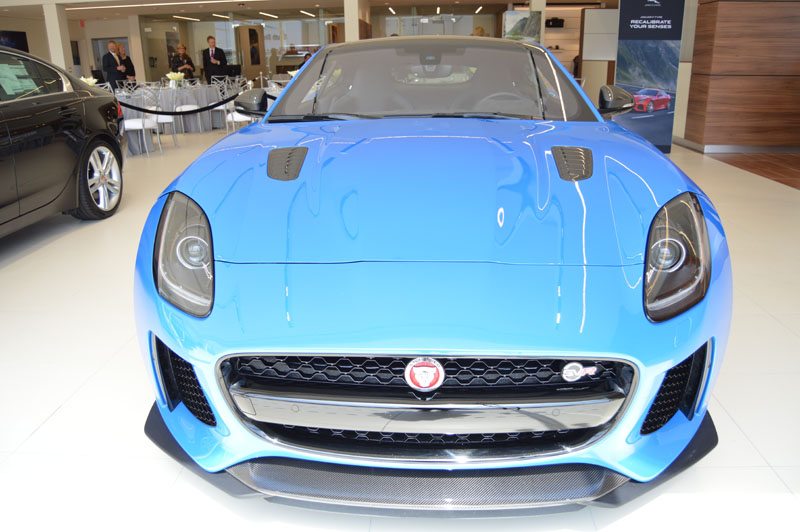 Contemporary, modern, luxurious and sophisticated were just some of the words that could be overheard in conversations during the grand opening of the new state-of-the-art Jaguar Land Rover facility in Freeport. Formerly Heritage Jaguar of Freeport, the newly merged dealership, located at 146 West Sunrise Hwy., features some of the brand’s most sought after luxury car models.

“It’s a comfortable dealership with a high-tech, up-to-date design, which lends itself to the product at hand,” said Steven Ryland, general manager of the Freeport-based facility. “Land Rover is the epitome of off-road capability and luxury combined, and that’s what people are really looking for, so that in combination with Jaguar makes this an intriguing, stand-out destination.”

The opening on Thursday, April 13, was met with awe, as employees and representatives of the store itself, as well as corporate headquarters, marveled at the 15-car showroom. Dr. Ralph Speth, CEO of Jaguar Land Rover International, surveyed the space with satisfaction noting, “this kind of integrity and craftsmanship is just a sensation.”

The 35,000-square foot facility, one of the first in the United States to adopt the company’s new global ARCH retail standards, is the physical manifestation of all that Jaguar and Land Rover values in its products: A fusion of expert craftsmanship, intuitive design and overall practicality.

“It’s an impressive facility that gets both the Land Rover and the Jaguar brand on the same showroom floor, so you effectively get the most of two great brands with a range of cars, sports cars, SUVs and crossovers,” said executive vice president of operations for Jaguar Land Rover North America Chris Marchand.

“The amount of thought into the design and layout makes this facility very unique,” continued Jack Weidinger, president of Weidinger Automotive Group and deal principal of Jaguar Land Rover Freeport. “The look and feel of the place, as well as the spatial layout of it and the fact that we have all our services under one roof, really set it apart from other dealerships.” 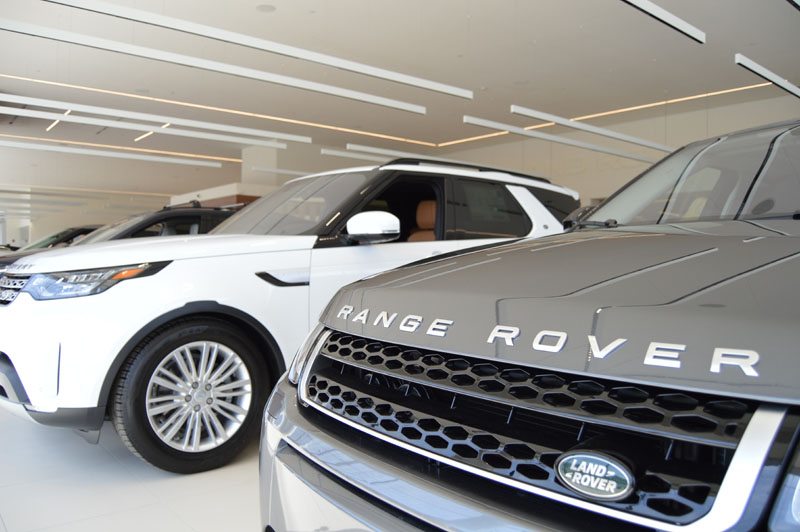 Though the cars are undeniably the focal point of the facility, the building also harbors a 22-bay service department with an enclosed three-lane service drive-in area, rooftop parking, an automatic car wash, a premium customer hospitality center and a boutique that showcases the latest accessories, wheels and brand merchandise.

This dual-branding initiative is one that Jaguar Land Rover hopes to expand throughout North America in the coming years. For more information about the two brands, visit www.jaguarusa.com and www.landroverusa.com.