It’s Not Your Grandparents’ Ailment: Arthritis affects all ages

Stiff joints and muscle weakness are not only ailing your aging grandparents; in fact most people with arthritis are under 65 years old and in some cases affecting kids in their teens. According to Orlin & Cohen Orthopedic Group Chief of Sports Medicine, Craig Levitz, M.D., osteoarthritis onset usually occurs after the age of 40, but rheumatoid arthritis, an autoimmune inflammatory type of arthritis, can develop at any age. 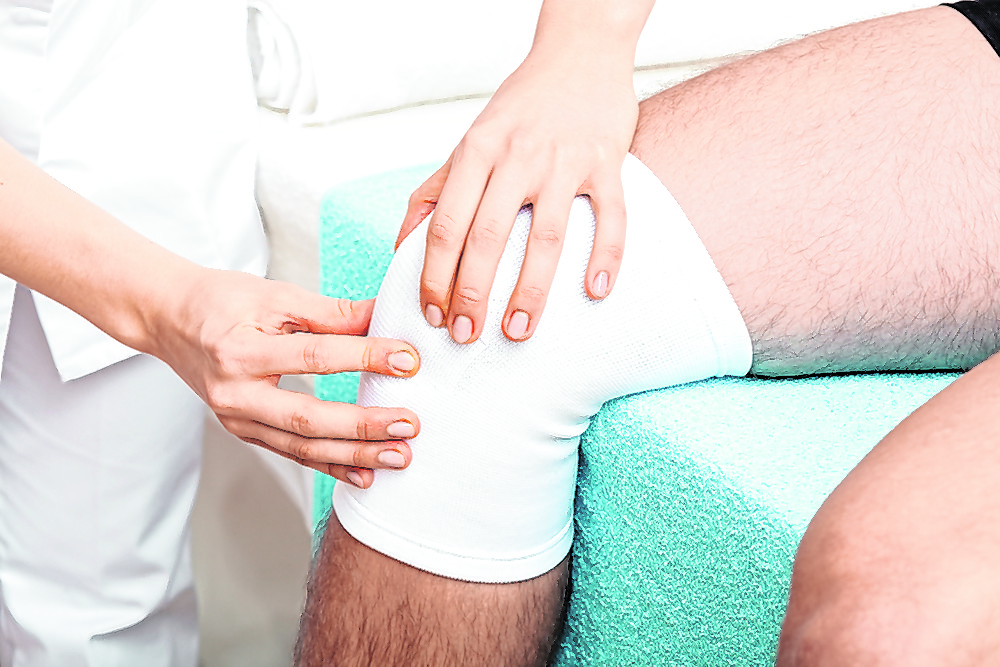 “We are treating young patients with arthritis and young patients with diseases that are going to develop into arthritis if we don’t intervene,” Levitz said. “At Orlin & Cohen, we have a full-spectrum approach where we are trying to prevent arthritis in 15-year-olds with cartilage transplantation and meniscus-sparing surgeries, repairing things that normally would otherwise have been removed by using biologics or whatever we can to avoid arthritis in the future.”

Levitz is a board-certified and fellowship-trained sports medicine specialist who is known for his use of minimally invasive arthroscopic procedures for knee and shoulder repair.
“Knee replacement used to be a conversation we had with the 70- to 80-year-old population,” Levitz said. “Now we are having that conversation with the 55- to 60-year-old population, who, despite becoming the increasing number of knee-replacement recipients, tend to do poorly compared to older patients. The older you are in knee replacement, in fact the better you will feel.”

Levitz said knee replacement traditionally was designed for retirement-age people. It was not designed for people who are on-the-job doing physical labor for eight hours a day, five days a week. As you get older, the physical pounding that you put on the knee decreases.
“We are placing metal and plastic foreign bodies in people. As we get older, our immune system weakens. It’s responsible for the scarring response when we do surgery. Older people, while having a slightly higher risk of complication, also react much better to the intervention of having some new plastic and metal in the body. They tend to have less pain, less scar tissue and put a lower demand on the knee. People in their 80s do their best.”

There are a variety of surgical and nonsurgical treatments, medications, mostly injectables and minimally invasive surgery. Levitz said as the age of the patient progresses, treatment shifts more toward modulation.

“When we did not have a lot of treatment for arthritis years ago, it was not worth hunting it down in 30- and 40-year olds because there was nothing we could do about it,” Levitz said. “Better MRIs now have the ability to image cartilage and detect arthritis early; we now have treatments for that early arthritis like cartilage transplant and drug modulation.”

Twenty years ago, doctors used to give patients narcotics to deal with arthritis.

“In today’s world, we know it is a horrible thing,” Levitz said. “That was what people did back then. If you weren’t a candidate for knee replacement, there was nothing we could do about it.”

Medical advancement and research has catapulted treatment and prevention options for many modern ailments.

“Myself and a lot of surgeons throughout the country are making the shift over to robotic knee replacement,” Levitz said. “It’s a game-changer; I’ve gone exclusively to the robot. The robot has the ability to perfectly balance the knee. You have to put the knee back so it has the same exact tension as all of the ligaments.”

Levitz said arthritis operations are not more prevelent in older patients, in fact he has operated on 10-year-olds and the whole span of older patients, noting also that arthritis is not always sports-related.

“It’s actually not really the athletes who take care of themselves that get arthritis. Most of our treatments allow us to restore them to normal; if they get injured they don’t get arthritis,” Levitz said. “There are athletes that ignore their injuries and don’t go see the doctor and that generates a lot of arthritis, but a lot of it today is unfortunately genetic.”
Joint cartilage is similar to hair follicles and wrinkles.

He said one of the biggest reasons people develop arthritis is following a torn meniscus and then opting for physical therapy in lieu of surgery.

“The meniscus is a shock absorber,” Levitz said. “It would be like the shocks blowing out in your car and you keep driving it. One day you go to the mechanic when it does start having problems and he tells you that you need a new car because the car is destroyed. The same thing happens with the knee.”

Surgery can prevent arthritis.
If you work hard and play hard, chances are you have tweaked your knee or elbow or shoulder. How do you know when to seek treatment? Ibuprofen is the best initial approach if you have an injury, from say, weekend warrior stuff.

“Ibuprofen is a good initial approach because it doesn’t mask anything,” Levitz said. “If it’s not better in three to five of taking Advil and icing the injury, it is likely you have done some damage.”