It’s Bean Counting, Not Conspiracy (Part I of II) 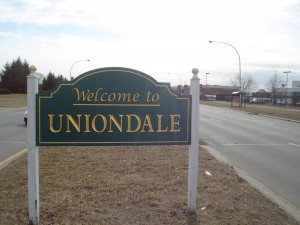 Three decades ago, the Oneida Indian Nation sued New York for cheating them out of payment on almost six million upstate acres in the 1780s, the ultimate underdogs seeking justice and settlement leverage. The Indian case was hurt badly by the testimony of a respected professor of New York colonial history regarding arcane aspects of the Articles of Confederation. My professor. As students studied his picture in the afternoon paper, he entered the lecture room to icy stares and a few hisses. The Indians had been abused and had gotten a raw deal, he explained, but they were trying to further their cause on faulty history. All these years later, I can finally forgive him. Because of Uniondale.

For several weeks, a coalition of Uniondale organizations has mounted a campaign of protests, media releases and public statements expressing anger that the U.S. Census Bureau considers the north side of Hempstead Turnpike to be “East Garden City.” The bureau is accused of “racist gerrymandering” in cahoots with a “gentrification initiative” by greedy developers to “illegally” change borders and harm Uniondale.

Partly, this continues a very old beef by Uniondale leaders to claim in the public psyche the northern sections of what used to be called School District No. 2 of the Town of Hempstead. “Uniondale School District” stretches up to the town line and includes Nassau Coliseum, Nassau Community College and the malls along Old Country Road.
Actually, the area between Stewart Avenue and Hempstead Turnpike has a stronger claim to being East Garden City than Uniondale has to being Uniondale. From the time the Village of Garden City was incorporated in 1919, the area to its east was East Garden City in newspaper articles, real estate listings, Census tabulations, legislative districting descriptions and more. Newsday, to the day they moved out to Melville, referred to the neighborhood of its old headquarters on Stewart Avenue as East Garden City, and still does.

Meanwhile, there are older readers who chafe at this “Uniondale” stuff. Some people who attended the Cedar Street, Northern Parkway or California Avenue elementary schools prior to the late 1940s are fairly certain it was the East Hempstead district.

Officially, Long Islanders live in an incorporated city, incorporated village or town. The Government Computer in the Sky considers places like Uniondale, East Garden City, East Meadow, West Hempstead and Levittown to be the “Town of Hempstead.” You don’t really live in Hicksville. You live in the Town of Oyster Bay.

To keep everything straight, different agencies impose different sets of borders on the unincorporated communities. For tabulation purposes, the Census Bureau has divided unincorporated folk into Census Designate Places (CDPs), which are then divided into the usual Census tracts, block groups and blocks. This is done so that population and demographics can be compared consistently over time. Almost nobody knows their CDP, which have no legal force whatsoever. Over time, most place signs erected by towns have been aligned with CDPs and that’s the only outward evidence that CDPs exist.

In 2000, there were 60 changes to CDPs in this county. Some adjustments reflected minor border changes and others a better ways of counting. Bethpage and East Massapequa both gained on one side and lost on another. Harbor Hills and Saddle Rock Estates were split. East Garden City and Uniondale CDPs were split, probably because developers were interested in East Garden City and separating it would make population and marketing studies easier. It’s bean counting, not conspiracy.

East Garden City is in play.