The patchwork of beach towns, villages and hamlets that make up Islip Town represents some of the most historic communities on the whole of Long Island. 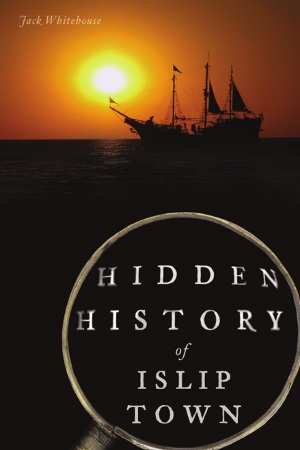 Local historian Jack Whitehouse shares in his newest book, Hidden History of Islip Town, published by The History Press on Oct. 21, 2021, some fascinating facts about the region:

Join Whitehouse as he reveals buried stories from Islip Town’s past. He is the author of two best-selling local histories, Sayville Orphan Heroes: The Cottages of St. Ann’s and Fire Island: Heroes and Villains on Long Island’s Wild Shore. Whitehouse is a 1968 graduate of Brown University, a Vietnam veteran and a retired U.S. Foreign Service officer. He grew up in Long Island’s Islip Town and lives there today.