Resilience. The powerful word was the perfect explanation for a group of six female sports executives who took to the stage on March 3 at the Barclays Center in Brooklyn. An anxious crowd awaited their arrival as these industry leaders prepared to share their stories about working in the sports realm.

From shattering stereotypes to making names for themselves in male-dominated sports, this group of women has excelled, both on a professional and personal level. The folks with the New York Islanders wanted to inspire more women who want to make a name for themselves in sports, and they came together to inspire a group of people hungry for advice during the team’s Women in Sports Panel.

The panel, led by MSG’s Shannon Hogan, discussed everything from how each of the half-dozen women made it to their current roles, what challenges they had along the way, their personal versus professional life and much more.

Jessica Berman, the deputy commissioner of the National Lacrosse League, is the first woman to hold this high-ranking position in a professional American sports league. Despite the many obstacles she’s faced, she is now a leader in a male sports league. It’s something she doesn’t take lightly.

“Brooklyn is a melting pot of diversity,” Berman said. “The NHL and the National Lacrosse League break down barriers.” 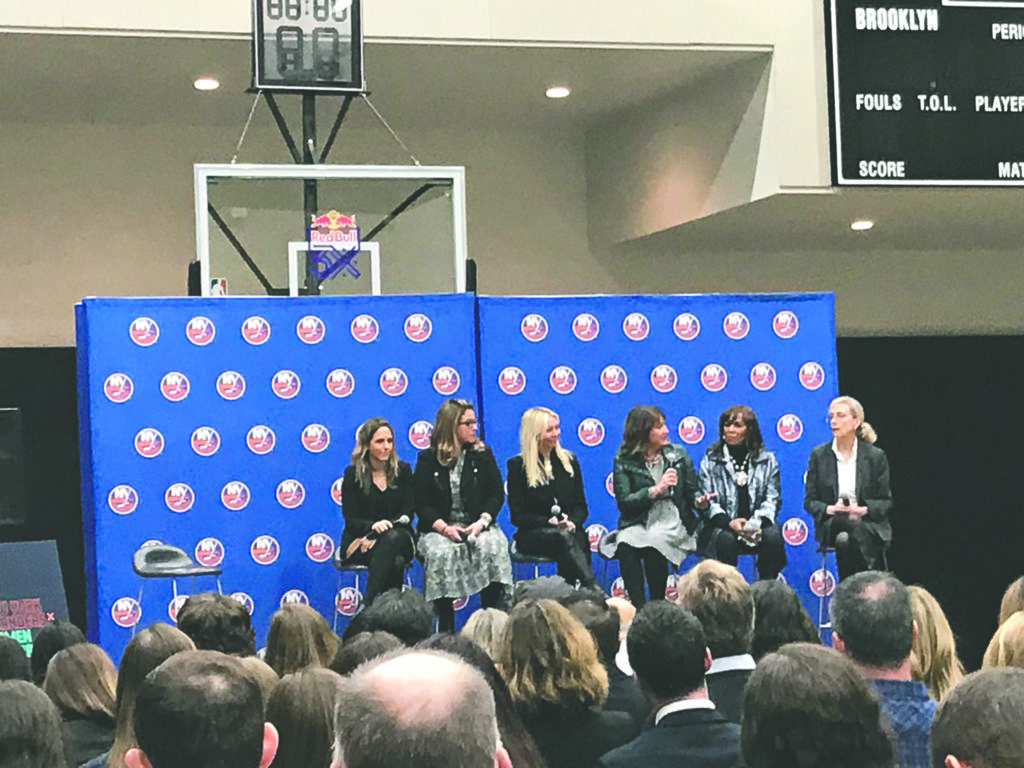 Each of these women were and still are resilient. The term was placed above them throughout the hour-long talk, and it was mentioned multiple times.

Less than 15 minutes into the panel, Davis took a moment to thank Berman for giving her a chance in the sports industry. But it turns out that Berman did the same, telling the crowd how she worked for Davis at one point.

“It’s extremely helpful to find someone [a mentor] who can help champion you internally,” Lilien said. “It’s not just finding someone to tell you what to do, but someone who is a decision-maker in your world. It’s not just men and it’s not just women. I have young men and women coming to me for advice. Don’t just look for people who are further up on the career leader than you. It’s about surrounding people around you.”

Seated in the last row was Islanders majority owner Jon Ledecky, who has touted the team’s efforts to become an leader in inclusivity in the work place.

The six women agreed that one doesn’t necessarily have to love sports at first before going in the industry. Additionally, they concurred that it might not be the worst thing for sports fans to start out in a different industry prior to making their way in sports realm. 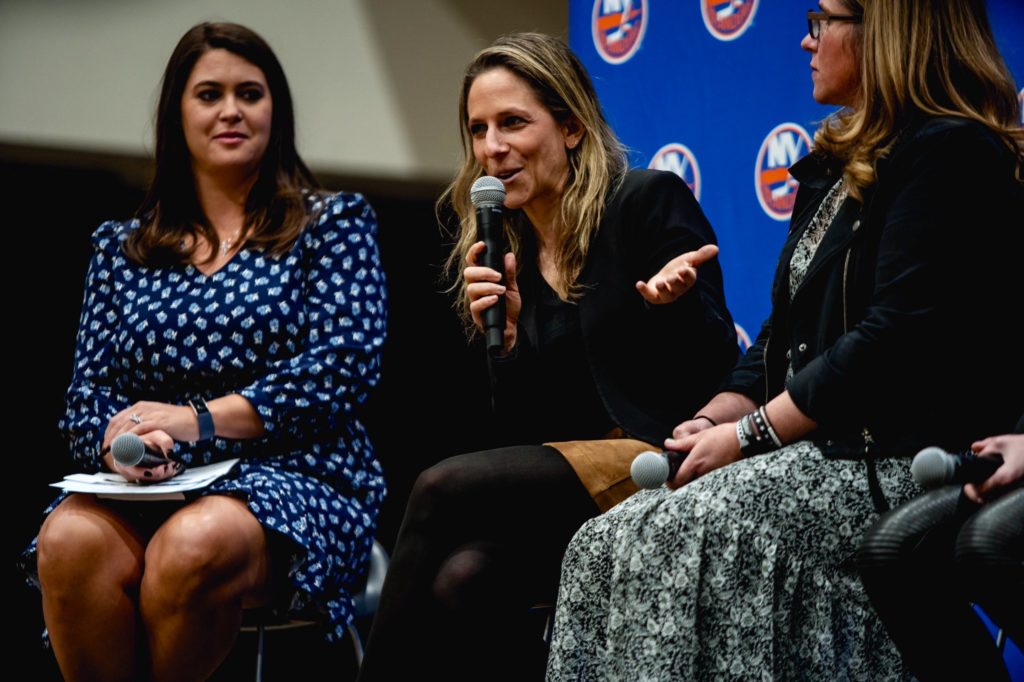 And it’s OK to be different, too.

“I think I was one of the first women as a young professional to wear pink shoes at my job,” Davis said of one of her past experiences. “Everybody knew me for wearing vibrant colors.”

Halfway through the panel, Hogan posed a question regarding misconceptions about women in sports. Cohig responded by saying there are just some things that aren’t true when you work in a male sport, like the NHL. Unlike in other areas, working in sports can enable people to break stereotypes in more unique of ways.

“Sport is the ultimate uniter,” Gutkowski Schwartz said. “It’s something you don’t see a lot. If you look at the work that we’re doing, it’s about increasing this common ground and unite people.”

Prior to the conclusion of the panel, the six women discussed mental wellness, which is at the forefront of all forms of education.

While each of the six women make time for their families, they also set aside a period to mentor others who want to follow in their path.