Is Your Child Addicted To Fortnite? 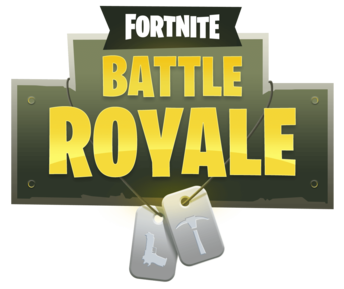 Many parents have expressed an ongoing concern that their child plays video games too often. They worry that this obsessive gameplay has not only affected their schoolwork but their ability to socialize with others in the physical, non-virtual, world. Fewer children seem interested in congregating at a friend’s house or riding a bicycle and their parents are worried about how this will affect their future. It was against this already troubled backdrop that Fortnite Battle Royale arrived last September.

Fortnite is a massive online game of elimination. Each round, 100 players leap out of a plane onto a small island where they find weapons, potions and other equipment that they use to fight each other until only one player remains. Each of these games lasts around 15 to 20 minutes. The adrenaline increases as more opponents get eliminated and your child gets closer to being the last man standing. How popular is it? Four months after its release it was estimated that there are more 40 million people playing this game.

In response to growing concerns about obsessive video game and Internet use, the World Health Organization (WHO) will recognize “gaming disorder” in its 2018 International Classification of Diseases (ICD version 11). Global health experts argue that there is a case for grouping harmfully excessive video gaming with addictions to alcohol or drugs, however, to be classified a gaming addict, the addiction would have to be so severe that it disrupts the addict’s personal life, professional life and relationships for a period of more than one year. Strikingly, while gaming addiction is beginning to be considered a mental disease, video games are also being explored as a means to treat mental disorders like Alzheimer’s and ADHD.

A recent study at Oxford found links between the amount of time a child spends playing video games, the genre of the games they played and the child’s behavior. They concluded however, that the risks attached to game playing are small. They reported that, while statistically significant, a range of other factors will have a greater influence on a child’s academic performance, emotional wellbeing and behavior than gaming. Still, few would disagree that endless hours spent crouched over a video-game controller is not conducive to a healthy childhood.

Parents might be surprised to hear that games like Fornite could be socially beneficial for your child when used in moderation. These multiplayer games enable you to team up with a friend, or group of friends, chat as you play and compete as a duo or a squad. Children have reported playing regularly with classmates whom they had never previously socialized with and have stated that this camaraderie can continue when they return to school. Kids that previously had no reason to interact with each other discover that they have something in common to talk about. This can help many children who aren’t connected in sports or other settings to find a social scene. It can help kids who find it hard to socialize to be more social.

Consider your approach when limiting playing time. Fortnite is a fiercely competitive game. Your child may get angry or frustrated when they lose. Forcing a kid to turn the game off when they’re one of the last 5 players in the game will make you immediately unpopular so statements like “You can play for one more hour” can get dicey. Unlike Call of Duty, there are no respawns. Victory is difficult and extremely uncommon when you face 99 opponents in solo mode. It makes a loss towards the end of the game much tougher on the psyche. Taking regular breaks can help. Being in the room with your child or having them play in a shared family room might pressure them to moderate their rage a bit. Playing Battle Royale in teams is also a nice way to mitigate the sudden loss, as you can then spectate, offer guidance and cheer on teammates.

Jeremy Skow
Jeremy Skow, LMHC, CASAC, MBA, maintains a private practice in Great Neck and can be reached at 516-322-9133. For speaking engagements or media inquiries, email jskow@lmhcny.com or visit www.mentalhealthcounselingny.com.