The New York Islanders have confirmed the passing of Al Arbour, the lengendary head coach who led the team to four straight Stanley Cups in the 1980s.

“Al will always be remembered as one of, if not, the greatest coaches ever to stand behind a bench in the history of the National Hockey League,” Islanders President and General Manager Garth Snow said. “The New York Islanders franchise has four Stanley Cups to its name, thanks in large part to Al’s incredible efforts. From his innovative coaching methods, to his humble way of life away from the game, Al is one of the reasons the New York Islanders are a historic franchise. On behalf of the entire organization, we send our deepest condolences to the entire Arbour family.”

Arbour was named head coach of the Islanders at the start of the 1973-74 season. He stood behind the Islanders bench for 19 seasons, putting together one of the most illustrious coaching careers in NHL history. Arbour led the Islanders to a total of 15 playoff appearances, won 119 career playoff games which is a NHL record for most with one club, currently sits second all-time in wins and games coached in the NHL (behind Scotty Bowman) and won four straight Stanley Cup Championships (1980-1983), which is a mark no team has met since. Throughout the Islanders domination in the early 1980’s the team put together 19 straight playoff series victories, which still stands as the longest such streak in all of pro sports. 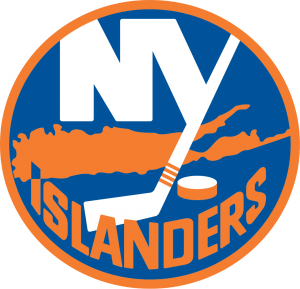 The Sudbury, Ontario, native joined the Islanders front office in 1985, working under General Manager, Bill Torrey. After three seasons, Arbour returned to head coaching duties in the 1988-89 season. His last deep run in the playoffs was during the 1992-93 season when he led the Islanders to Conference Finals. The Islanders were beaten by the eventual Stanley Cup Champions, the Montreal Canadiens.

Arbour retired from coaching at the conclusion of the 1993-94 season with a total of 1,499 coached games. On Saturday, Nov. 3, 2007, the Islanders welcomed Arbour back onto the bench to reach the 1,500 games coached plateau. That mark still is the most games coached by one man for one team in NHL history. Arbour and the Islanders won that game against the Pittsburgh Penguins. He finished his coaching career with 740 career wins with the Islanders, which is also a NHL record for most with one club.

He was elected into the NHL Hall of Fame in 1996. Arbour also won the Jack Adams Award in 1979 as the coach judged to have contributed the most to his team’s success.

Prior to Arbour’s coaching career, he had a 14-year NHL playing career where he totaled 70 points (12 goals and 58 assists) in 626 games played. Arbour, a defenseman, began his playing professionally in 1953 with the Detroit Red Wings. He would play a total of three seasons with the Red Wings, totaling two goals and 13 assists for 15 points in 149 games. Arbour would win the Stanley Cup with the Red Wings in 1954. Following the 1957-58 season, Arbour joined the Chicago Blackhawks where he spent three seasons, scoring six goals and 17 assists (23 points) in 180 games played and won the Stanley Cup in 1961. Arbour spent the next four years as a member of the Toronto Maple Leafs where injuries plagued him, as he was limited to 66 games, scoring nine points (two goals and seven assists). Arbour would win two Stanley Cup Championships with the Maple Leafs in 1962 and 1964. He spent the final four years of his playing career with the St. Louis Blues. In his first season with St. Louis, he played in a career high, 74 games and had 11 points (one goal and 10 assists). Over the course of his four seasons with the Blues, Arbour totaled two goals and 21 assists for 23 points in 231 games.

Arbour is survived by his wife Claire and children Joann, Jay, Julie and Janice.