Transit agencies across the nation continue to lobby for a second round of $12 billion in CARE COVID-19 funding. Hopes are growing that under President Joe Biden’s administration, there will be future action on this legislation. Our New York Metropolitan Transportation Authority (MTA) already received and completed spending $3.9 billion from the first round of this funding. It is a fair question to ask how the MTA is spending previously approved funding under active Federal Transit Administration (FTA) grants or status of pending grant applications for other available annual formula FTA funding that has yet to be approved.

The FTA annually provides $1.4 billion in capital grants to the MTA. This is accomplished under the FTA Transit Award Management System (known as “TrAMS”) used to award and manage federal grants. The MTA currently manages an active portfolio of federally funded capital improvement projects worth more than $12 billion.
As part of the requirements contained within all master grant agreements, using the FTA Trams System, the MTA, provides updated Quarterly Financial and Milestone Progress Reports to the FTA on active capital improvement projects. These are submitted within 30 days after the end of any fiscal quarter.

Does the MTA submit grant applications on time for funding? Do they take advantage of pre-award authority prior to grant approval? Use of Pre-award Authority affords the opportunity to incur costs for reimbursement at a later date after grant obligation of funding. This allows the MTA to initiate work prior to grant award. Activities performed by force account or in-house staff can also begin work prior to grant award. Have all FTA grant funded capital project contracts been awarded? Are current projects progressing on schedule, completed on time and within budget? Explanations for project delays and any change orders over $100,000 are required. Project delays require recovery schedules and revised interim milestones. Are funds being expended on a timely basis? Are there any unspent funds carried over year after year? Are there open grants with no financial activity? Are there older grants with small balances and no financial activity? Is there any waste, fraud or abuse? Are all change orders for projects fair, reasonable and documented?
Does the agency seek federal reimbursement on a timely basis? Are Governor Andrew Cuomo, Mayor Bill de Blasio, the MTA Board, MTA operating agency presidents and others aware of this information?

Both the MTA and FTA have independent engineering consultant firms to supplement in-house staff for oversight. These companies provide both oversight and technical assistance for capital projects. The FTA usually assign their own engineering consultant firms to those federally funded projects worth $100 million or more. These firms monitor the progress of major capital projects and prepare monthly progress reports. These reports are made available to MTA Chairperson Pat Foye, MTA HQ staff, MTA board members and MTA agency presidents including LIRR Philip Eng, each MTA operating agency chief engineer, FTA HQ and Region 2 New York office staff. 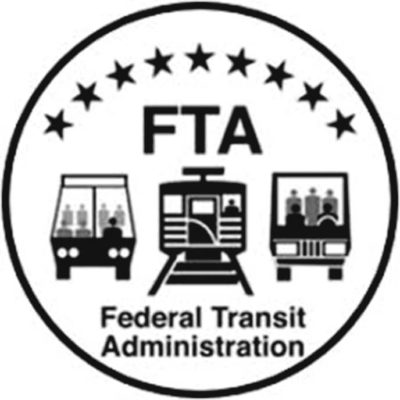 The FTA also has other consulting firms who conduct periodic Financial Management, Procurement System and Triennial (to insure compliance with FTA rules and regulations) along with various civil rights (including either Title VI, Disadvantaged Business Enterprise, Equal Opportunity Employment, Americans With Disabilities, Rail Station, Fixed Bus Route and Paratransit reviews). These reviews may cover either MTA HQ and/or various MTA operating and construction agencies, including NYC Transit, LIRR, MNRR, MTA Capital Construction and MTA Bus.
Both de Blasio and Cuomo claim that they manage the most transparent administrations in history. How much of the information submitted to the FTA is posted on the MTA agency web site?