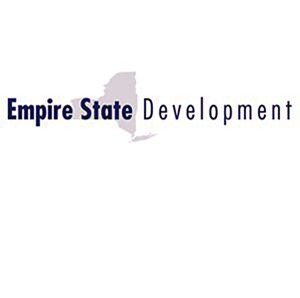 Brass Pear, a thoroughbred who ran this spring at Belmont Park, was presumably given that moniker before being gelded. Yet the spirit of the horse’s double entendre name lives on at New York’s Empire State Development (ESDC).

How else to explain what the ESDC’s gubernatorial appointees needed on May 18, when they authorized spending a few million dollars more for the ESDC’s “New York Is Open for Business” marketing campaign?

The ESDC board’s action came exactly a week after state Comptroller Thomas DiNapoli (D-Great Neck) chronicled in an audit the $211 million the ESDC spent between December 2011 and November 2014 to promote economic development and tourism in New York State.

This nearly quarter-billion dollar expenditure is the reason millions of people, here and nationally, cannot lift their heads and escape seeing multiple ESDC television, print or billboard advertisements each and every day.

“When government spends hundreds of millions to send a message that New York is a place to visit and open for business, it should have clear objectives and show the public actual results,” the comptroller said after releasing the audit. “ESDC’s attempts to measure the results of this advertising campaign were weak at best, leaving real questions about whether the results justify the cost.”

“We knew this was coming,” Comptroller DiNapoli said, when I asked him late last month whether the provocative move by the ESDC’s board caught him off guard. The comptroller was quick to point out the tourism-related I Love NY campaign ought to be judged separately from 2013-14’s ubiquitous Start-Up NY ads, which lavishly lined the pockets of cable and broadcast TV stations locally and nationally. Indeed, ESDC allocated to the tele­vision industry the type of money that makes a TV station’s newsroom less interested in examining the ESDC’s budget.

Nonetheless, let’s go to the print version of the videotape. Between October 2013 and October 2014—a period of time when the governor faced a contested Democratic primary and was readying for a general election where he would go on to lose 46 of New York’s 62 counties—the comptroller’s auditors found ESDC spent $45.1 million of the $111.6 million the ESDC had available for marketing to promote Start-Up NY, a tax-free incentive program for businesses affiliated with college campuses.

Start-Up NY created less than 80 jobs statewide in its first year of existence, the ESDC announced in April 2015. It is the kind of news you reveal two days before Good Friday, which is precisely when ESDC did.

“We got a lot of feedback,” Comptroller DiNapoli said as our conversation turned to the public reaction to his May 2015 ESDC audit’s release. “People came up to me and said we’re so glad you looked at it.”

Having been reelected to another 4-year term last November, with the highest vote total (2.2 million) of all the statewide candidates, Comptroller DiNapoli said he’s committed to scrutinizing the ESDC’s advertising budget, and making sure “they employ metrics that make sense.” Metrics are aimed at quantifying what taxpayers are getting in exchange for ESDC expenditures.

“They are an authority, so they’re not as accountable to the state legislature as a state agency would be,” Comptroller DiNapoli stated when I quizzed him on whether elected officials can somehow curb the ESDC’s extravagant spending.

That’s true. New Yorkers can, however, press state lawmakers to challenge vigorously the ESDC’s board’s profligacy. It is one way to change the mindset of gubernatorial appointees who behave as though they are in possession of Brass Pear’s brass pair.