When NHL Hall of Famer Pat LaFontaine founded Companions in Courage (CiC) following his 1997 retirement, it was with the goal of creating a foundation to raise funds to build interactive playrooms for children in hospitals throughout North America that would replace the isolation of a hospital with a connection to family, friends and celebrities during each hospital stay.
Longtime LaFontaine friend Mark Leff, who serves as lead on the nonprofit organization’s Technology Advisory Board, was recently honored with a citation by the Town of Oyster Bay for his 18 years of service and counting to the foundation and his role in helping forge partnerships between Google, Cisco and Connoisseur Media of Long Island in helping keep this initiative going. Leff’s involvement came out of a meal his and LaFontaine’s family were having out in Montauk back in 2004.
“We’re sitting down and having a really nice lunch with the families and the topic of Companions in Courage came up in conversation,” Leff recalled. “I understood the generalities of what he was doing. When he started getting into the specifics, it really fascinated me. It was all about building these playrooms in children’s hospitals that allowed the kids to escape the reality of being in a hospital in these incredible playrooms called Lion’s Dens, the way they were being designed and the technical support being used to do this.” 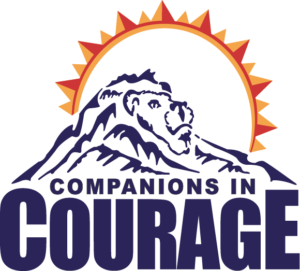 At the time, Leff was a 20-year Cisco employee whose familiarity with high tech enabled CiC to create an initiative called Santa Connection, where patients at children’s hospitals get a personal Santa visit via video conference technology. It’s the kind of event CiC Executive Director Jim Johnson feels is crucial given the kind of duress these children and their families are going through.
“In a good year, most of these kids can’t get out to a shopping mall and visit with Santa Claus,” Johnson said. “We’ve been doing this for a number of years and suddenly, it became the hottest ticket in child life because we were providing a desperately needed service for them and their patients. And we were happy to be able to do that. We have this network of hospitals across North America that we work with. The child life staff provides us with information on each patient and then we proceed to have Santa chats with each of the kids. We’re pretty proud of that.”

This year alone, 90 children in 13 hospitals in the United States and Canada received Santa visits in both English and French. And while the nonprofit has been quite successful with initiatives like this, the pandemic has thrown up both financial and logistical hurdles.
“We had to figure out how to make the pivot in an environment where you’re directly dealing with children’s hospitals and can’t get direct physical access inside as easily for obvious reasons,” Leff said. “There were challenges with IC [intensive care] security concerns, logistics and the kind of regulations you have to work with when it comes to the privacy of patients. We do this in a way where Santa knows the child’s name, what they want for Christmas and who their siblings are.”

On the monetary side of the ledger, CiC has raised money by hosting the Runner’s Edge Main Street Mile for the past 17 years. Up until recently, Leff was the director for this race that takes place every Labor Day weekend in Farmingdale and usually has around 500 participants. A post-race fundraiser usually held at The Nutty Irishman raises more money as attendees get to partake in food, drink and a raffle. In working with Corey Roberts of Race Awesome and Bob Cook at the Runners Edge, Leff and his team have raised upwards of $200,000, with the annual take falling between $15,000 to $20,000. Once again, COVID-19 threw a monkey wrench into CiC’s plans with the 2020 Main Street Mile a virtual event and last year’s race going live with 270 people taking part and another 30 joining in virtually.

In 2022, CiC has been forging ahead with Chromebooks for COVID and the Mane Event, a pair of initiatives being spearheaded by Johnson.
“One of the pivots we did was going to work with Google and buy Chrome Books for children’s hospitals, because they had such a need,” Johnson said. “There are so many parents that can’t even go in and visit with their children, not to mention siblings and anybody else. The idea of it is to connect the kids to the outside world while they’re stuck in the hospital.” 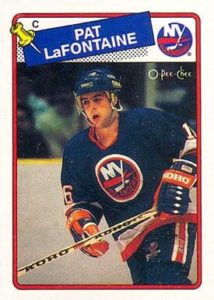 That kind of emotional support also drives the Mane Event, which is a series of short inspirational videos featuring people who have overcome challenges , designed to motivate pediatric patients to get well. Videos drop every Thursday and include a handout Child Life Specialists can use to guide patients through each story and evoke conversations about how the stories relate to their treatments. Video subjects range from Special Olympian Chris Nikic —the first person with Down Syndrome to complete an Ironman Triathlon to Aimee Mullins, a double-amputee American athlete, actress and public speaker who competed in the 1996 Atlanta Paralympics. It’s the kind of program Jones feels is a crucial emotional lifeline for patients already dealing with a heavy load.
“These 20-minute inspirational/motivational videos encourage kids to heal and get well,” he said. “It inspires them to have a better time of it while they are in the hospital. It’s gotten some nice acclaim from child life people who are the ones that primarily connect with the children. It’s been wonderful, so we’ve been blessed.”

Visit www.cic16.org to learn more about Companions in Courage.