As the beer craftsman’s revolution continues to topple the once mighty empire of corporate monoliths, one brew style in particular continues to polarize enthusiasts and push palates to the brink of bitterness.

Aggressively hoppy and assertively flavored, the IPA (India Pale Ale) traces its roots to the parched soldiers of the British Indian Army in the 1800s. The IPA was the antithesis to the Brits’ dark and heavy porters and was brewed out of necessity in India’s oppressive subtropical heat—it was a refreshing and scurvy-fighting change of pace.

Fast forward to 2015, IPAs are as ubiquitous as beards in Brooklyn. What started as a West Coast phenomenon quickly traveled east across country, eventually pouring into Long Island’s ever-expanding craft brewing scene. American-style IPAs are noted for an intense hop bitterness, with medium-high alcohol content and characterized by fruity, floral and citrus-like aromas and flavors. 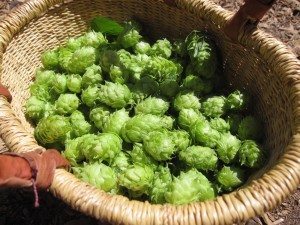 But the bitterness is what confounds beer skeptics, as they also trash the beverage for what they perceive as a musty, disagreeable aroma.

For those who have nurtured a love of the bitter floral arrangement that is an IPA, the flavors offer a beer awakening; a cleansing agent exorcising the hollow essence of every bad beer to ever touch a taste bud.

“When you drink a really good IPA, it opens your eyes to what really good beer can taste like,” said Lee Kaplan, co-founder of the Long Island-based Lithology Brewing Co. “ 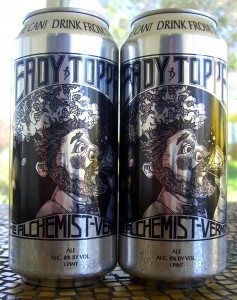 American palates have expanded. As beer goes, IPAs are about as big a flavor as it gets.”

Lithology’s IPA, L.B. I.P.A., is the beer that first got Kaplan and his cohorts thinking they could start a brewery. After 10 or 12 trial-and-error batches, Lithology ended up with a beer that stands at the divide between the biggest hopheads and those with more timid taste preferences. It became Lithology’s flagship beer, winning first place at Hoptron’s 2014 Beer Fields Competition.

“We created something that we would want to drink. It’s not overly hopped, but it’s something for all palates,” said Kaplan, adding that his IPA has an alcohol content of 6.3 percent, on the low end of the IPA alcohol by volume (ABV) scale. “We wanted to make something that would stand the test of time, that wouldn’t fall out of favor.” 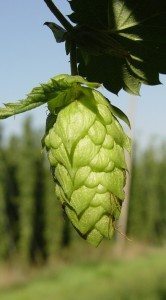 Lithology’s understated approach to IPA mirrors other industry efforts. Founders Brewing Co., out of Grand Rapids, MI, boasts one of the most popular IPAs in the market, All Day IPA. A session beer (low alcohol content), All Day is not only great for IPA beginners, but a surefire crowd pleaser that never gets old.

One of the most sought-after IPAs is Alchemist’s Heady Topper, an imperial IPA only available in Vermont, with hopheads traveling north just to get their hands on a four pack of this legendary brew. Therein lies the spirit of the IPA—a hop infused frenzy demanding satisfaction.

And for one reporter’s search for Heady Topper, click here.