When King Kong was released by RKO Pictures in 1933, the United States was in the throes of the Great Depression. The success of the film’s titular character not only spawned nine more films (the next one being a 2020 remake of King Kong Vs. Godzilla), but proved to be escapist fare for moviegoers of the time as well as future fans who would catch repeated screenings of the film on Saturday morning television. King Kong was created by American aviator, Army Air Service veteran and RKO Studios exec Merian C. Cooper, who was inspired by a childhood fascination with apes and a dream he had of a giant gorilla terrorizing New York City.

The film was directed and produced by Cooper and Ernest B. Schoedsack, both of whom have cameos piloting the plane that finishes off Kong. Fay Wray starred as femme fatale Ann Darrow, Robert Armstrong played Carl Denham (a stand-in for Cooper) and Bruce Cabot played love interest Jack Driscoll. The special effects featured a main Kong model made of foam rubber, latex and rabbit fur and were groundbreaking in the way silent film applications like stop-motion animation, matte painting, rear projection and miniatures were used. (Effects technician mastermind Willis H. O’Brien was the mentor to assistant Ray Harryhausen, a future visual effects pioneer). The movie made $2 million in worldwide rentals on its initial release and had an opening weekend of $90,000 in box office receipts.

A quickie sequel released by RKO ninth months after its predecessor, it featured Armstrong returning as Denham and Frank Reicher and Victor Wong reprising their roles as Captain Englehorn and Charlie the Cook respectively. With Helen Mack swapped in for Wray and playing new ingénue Hilda Petersen, the aforementioned characters wind up back on Skull Island, where they meet Kong’s progeny, an albino gorilla twice the height of a human but far gentler than his father. Earthquakes ensue, prehistoric creatures battle and sacrifices are made.

Japanese film company Toho licensed Kong from RKO with the intent to have its Godzilla creation make a comeback. Cooper sued to prevent this, but a lawsuit failed after he was ruled to not be the sole legal owner of the Kong intellectual property. For this go-round, Kong is brought back from small Taro Island while an American submarine crashes into an iceberg and releases the dormant Godzilla. Battles between the duo ensue in Tokyo with the climactic fight getting hashed out on top of Mount Fuji. This sequel wound up racking in the highest box office attendance figures of all the Godzilla series to date.

Toho teamed up with American production company Rankin/Bass, (which was behind the Saturday morning cartoon The King Kong Show, of which the less said, the better). For this go-round, an evil scientist named Dr. Who created Mechani-Kong, a remote-controlled robot double of King Kong that was to be used to mine the highly radioactive Element X, which is only found at the North Pole. Who captures Kong, Kong escapes and he and his metal counterpart wind up having a massive throwdown at the Tokyo Tower.

Italian-American producer Dino De Laurentis spearheaded this remake of the original film, paying RKO-General $200,000 plus a percentage of the film’s gross. De Laurentis was supposedly inspired by the poster of the original movie that he saw on his daughter’s bedroom wall when he woke her up every morning. Late British filmmaker John Guillermin was tapped to direct while former model Jessica Lange made her debut and starred alongside Jeff Bridges and Charles Grodin. The plot was set in the modern-day and the World Trade Center was swapped out for the Empire State Building. Otherwise the premise of ape meets girl before beauty killed the beast remained intact.

The De Laurentis/Guillermin team returned a decade later for this sequel that most people don’t even know exists. Linda Hamilton plays Dr. Amy Franklin, a surgeon tasked with keeping Kong alive in a coma 10 years after he plummeted from the top of the Twin Towers. Given that an artificial heart transplant is needed and no species in the world has a blood type to match with the big guy, adventurer Hank “Mitch” Mitchell (Brian Kerwin) goes out and captures a giant female gorilla dubbed Lady Kong. Both apes escape, wacko Army lieutenant colonel Archie Nevitt (John Ashton of Beverly Hills Cop fame) is called in to exterminate the lovestruck duo and somehow, a healthy baby son is born while Kong once again leaves this mortal coil.

Arguably, the quintessential remake of the original, director Peter Jackson’s three hour-plus epic goes back to the Great Depression and reintroduces the Darrow, Denham and Driscoll characters in the shape of Naomi Watts, Jack Black and Adrien Brody. Jackson upped the quotient of terrible prehistoric beasts that not only included nightmarish insects inhabiting the bottom of a ravine, but enormous reptilian carnivores, including three T-Rex-like creatures Kong dispatches in an epic battle—all while clinging to Watts’ character. Yet another Empire State Building climax and more of Beauty killing the Beast.

While it’s unclear where this falls in the Kong universe, the film’s star-studded cast includes Tom Hiddleston, Samuel Jackson, Brie Larson, John Goodman and John C. Reilly, who steals every scene he’s in as a downed World War II pilot. Reilly’s character crashed on Skull Island during the war and is discovered by a crew mapping this mysterious land mass in 1973. The island is inhabited by natives and a number of creepy-crawlies including Skullcrawlers, two-legged, lizard-like subterranean lizards that killed off Kong’s ancestors, making him the last of his kind. By film’s end, Kong still lives, ensuring more sequels. 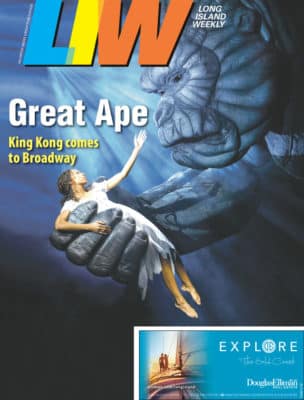 To attract more pollinators to your garden, you need to create an environment that nurtures and supports their need for food, water and shelter.
Read more