Of all the changes the pandemic has brought over the last 18 months, the one that seems to continue in a positive way is the revival of book reading. The assumption was that people stuck quarantining at home passed the time between the pages of a good book. Whether digital or good ole print, books are seeing an up-tick this holiday season and here are just a few suggestions to guide you along. 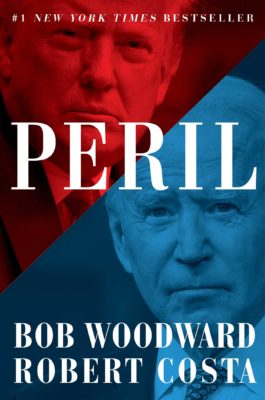 There have been many books written in 2021 on the events of the prior administration but by far the best of the bunch is Peril. Co-authored by storied journalist Bob Woodward and current political reporter Robert Costa, Peril goes behind the scenes of the Trump White House and undresses details of stories that have already become a part of history. With meticulous reporting, Woodward and Costa go well beyond the headlines and get the facts on record in ways many have tried but can’t. In his 50-plus year career, Woodward has earned the reputation of a well trusted reporter who tells the story without the bias. In Peril, facts still matter. 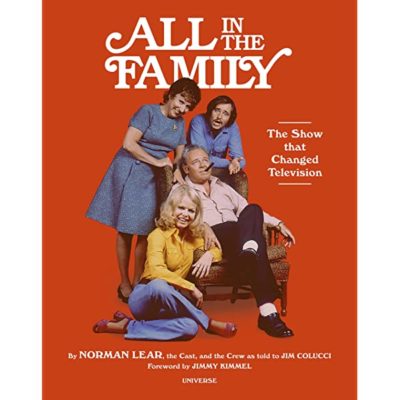 Entertainment
Believe it or not, this past year marked the 50th Anniversary of the debut of All in the Family: The Show That Changed Television. American television icon and series creator Norman Lear marks the occasion with a behind-the scenes book about this seminal series. Rather than dwell on stories that have been told countless times, Lear takes the reader along for a ride into the nuts and bolts of this groundbreaking show. Nobody at the time really gave much thought to the fact that they were changing television every week. In fact, a number of people involved with the show, including series star Carroll O’Connor, were convinced the public would balk at the premise and the show would be canceled. Whether it was battles with the CBS censors or the cast itself, each script was crafted into a work of art that has stood the test of time and Lear feels those weekly battles only made the show better. A highly recommended read from a highly regarded source. 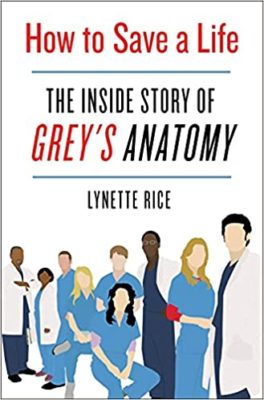 On the other end of the spectrum comes How To Save a Life: The Inside Story of Grey’s Anatomy by Entertainment Weekly staffer Lynette Rice. On the surface this book shows plenty of promise, however I found it to be a bit uneven throughout. Rice is a well-respected writer and I’ve enjoyed much of her work over the years in EW. Yet it seems as if she treads lightly at times so as not to burn her bridges with the powers that be at ABC and Shondaland. At its release, the book made headlines with its PatricK Demsey HR issue stories. While it is no secret he was a terror to work with, much of this was already known. Same with the homophobic comments that led to Isiah Washington’s departure. What’s missing is any of the current news that’s floating out there, rumors have persisted and in most cases well documented of cast member issues today.

Along those uneven lines, why dedicate any print to local acting albatross Alex Landi but nothing to series regular Jake Borelli? While still a cash cow for all concerned, the show seems determined to limp along to its 20th Anniversary in a couple of years. It would have been nice to explore this deeper. Why is a show that has the incredibly talented Debbie Allen, Peter Paige and Krista Vernoff on board now resorting to stunts, gimmicks and crossovers every week? A far cry from its highly respected days of seasons past. Full disclosure, I’m not a hardcore Grey’s fan, but even a casual fan will come away with the same feelings after perusing the pages of this work. Die-hard fans however will devour this book in a heartbeat. Everyone else, not so much. 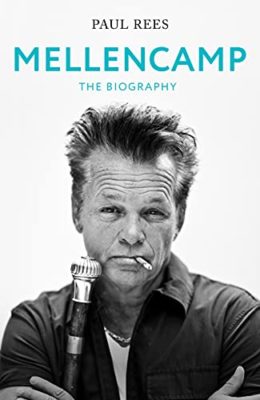 Only a handful of musicians ever make it to the top of their field and are able to stay there for the long haul. In fact that’s the premise of Paul Rees’ Mellencamp, which takes a deep dive into exploring the back story of this rock legend. Since bursting onto the top of the charts nearly 40 years ago with American Fool, Mellencamp has remained a valuable part of the American lexicon. Rees explores a great deal of what it took to make these iconic songs, the risks to speak out and the industry battles for the self-proclaimed “little bastard.” It’s not always pretty , but Rees paints a fairly honest account into the musician from the early days up until his current endeavors. Mellencamp documents it all. 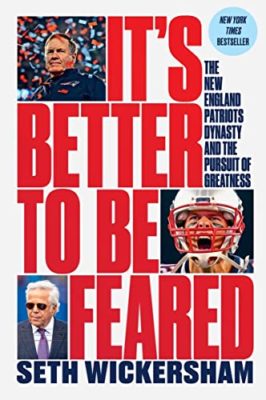 Sports
Here we are again. Heading into the NFL playoffs soon and who is at the top of the heap? That would be Bill Belichek and the New England Patriots, albeit without Tom Brady for this go-round. This consistent mark of excellence over the past 20 years is what prompted author Seth Wickersham to pen It’s Better To be Feared. A top tier reporter for many years, Wickersham has covered the Patriots and a number of stories involving the team including Spygate and Deflategate. Although no public comment has emerged from the Belichick, Brady or Kraft camps since the release of the book, Wickersham’s stories, quotes and anecdotes are well researched and highly documented as to leave no stone unturned in the cases of the aforementioned trio. Wickersham has total respect and credibility in bringing these stories to light and his inside observations are an added bonus for the reader. While it has been easy to hate the Patriots, it should be even easier to acknowledge the standard of excellence (AKA ‘The Patriot Way’) they have performed at. The warts, the Lombardis and everything in between is on full display in this highly entertaining book. 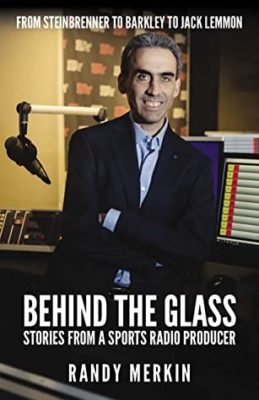 On a final note, anyone who is a fan and regular listener of sports talk radio, should check out Randy Merkin’s Behind the Glass, a inside account of what it takes to produce a sports talk show and all the people it involves. Often funny and always interesting, Merkin provides first-hand insight into his daily duties that make it all happen.