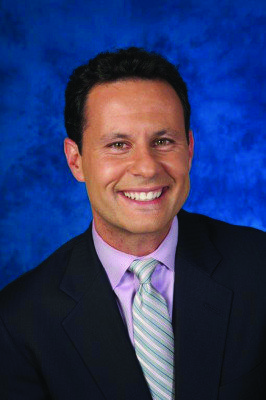 When Fox News Fox and Friends co-host Brian Kilmeade saw how Glenn Beck and Bill O’Reilly could weave a history lesson into their news segment, he was fascinated. He knew then that he had the ability to share a historical story of everyday Americans doing great things.

“History has always been my passion,” said Kilmeade. “When I have free time, it’s what I do; I read history books.”

In November 2013, Kilmeade released his first nonfiction history book George Washington’s Secret Six: The Spy Ring That Saved the American Revolution, coauthored with Don Yaeger, which gained tons of attention and stayed on The New York Times Best Sellers list for more than 18 weeks.
“I’ve always been fascinated by American history, since my days of social studies at Massapequa High School.” He credits high school teachers Mr. O’Neil, Mr. Nobile and Mrs. Kahn for igniting his interest in history.

Kilmeade is a C.W. Post graduate, where he also minored in political science. He said he has always appreciated the importance of learning the historical foundation of current issues.

“When you can tell a story in a compelling way in a way that people can understand, and then they find out that they can go to the Jefferson Library, to Washington, D.C., to the [George Washington] spy trail, to where Nathan Hale was buried, they can see it and feel it, they get a better understanding.”

In November, Kilmeade and Yeager published their second book about a historical event, Thomas Jefferson and the Tripoli Pirates.

Kilmeade said the history of America’s relationship with the Barbary States teaches us about our current fight against terrorism and radical Muslims. 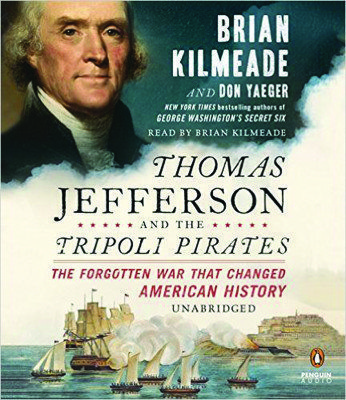 “I wanted to do an American story about something that people can relate to and give them a sense of pride,” said Kilmeade. “The fact that [groups like] ISIS, al-Shabaab, al-Qaeda are still out there gives this book more relevance and more interest.”

He added, “If history is going to give us a clue about how to handle the present it is: you have to confront terrorists. Not only do they have to see power, they have to feel the power, that their own power is being threatened.”

Kilmeade is thrilled with the response to their book.

“The book has been on the top [of several bestselling lists] because I think people are fundamentally patriotic; it’s a story not many people know about and they can look back and see how Jefferson had to deal with the same extremists that Obama and Bush did, as did Adams and Washington and Madison.”

Kilmeade is the author of The Games Do Count: America’s Best and Brightest on the Power of Sports and It’s How You Play the Game. He lives in Massapequa with his wife and children.

Two hundred and thirty years ago, Barbary pirates raided an American merchant ship sailing off the coast of Portugal. The captured crew had three choices: convert to Islam, attempt to escape or wait for their country—which had not yet elected its first president—to ransom their release.

“They [the Muslim pirates] were taking advantage of us and using the Quran as their weapon and an excuse,” said Kilmeade. “Yet if you paid them extortion, they would be willing to look past that.”

Over the next 10 years, hundreds of American men, women and children traveling across the Mediterranean would suffer this same fate while their Founding Fathers decided what to do about it: pay for peace or, in the words of Thomas Jefferson, America’s then Minister to France, “obtain it by war.”

“When we were challenged in 1785 and our merchant ships are being captured, the crews are being enslaved, the cargo is plundered, we can’t get insurance, we have no navy, no army, no constitution, no president, it’s at that point our economy comes to a halt,” said Kilmeade.

And thus begins the action-packed romp of Thomas Jefferson And The Tripoli Pirates: The Forgotten War That Changed American History by Brian Kilmeade and Don Yaeger, the author team behind The New York Times bestseller George Washington’s Secret Six.

A dramatic story of bravery, diplomacy and battle, Thomas Jefferson And The Tripoli Pirates brings to life the stories of the soldiers who sailed America’s colors against the ruthless Barbary pirates to end centuries-old practices of kidnapping, theft and terror. Quickly escalating to an all-out war, Jefferson’s battle on the high seas would forever change America’s approach to foreign policy and its role in an increasingly borderless world.