History Of Racing On Long Island

Long Island’s history of motor sports is more than a century old. It includes the first-ever international road race, dating back to 1904.

That race came together thanks to William K. Vanderbilt Jr., one of the first people to create an actual automobile racing series. It was an event that took up a chunk of Nassau County, too, spanning from Jericho Turnpike to Massapequa-Hicksville Road, as well as Hempstead-Bethpage Turnpike, according to Howard Kroplick, founder of www.VanderbiltCupRaces.com.

The 30.24-mile course used up public roads, lasting for 10 laps. There were lengthy turns in Jericho, Plainedge and Queens.

This would mark the beginning of Long Island’s racing endeavors. 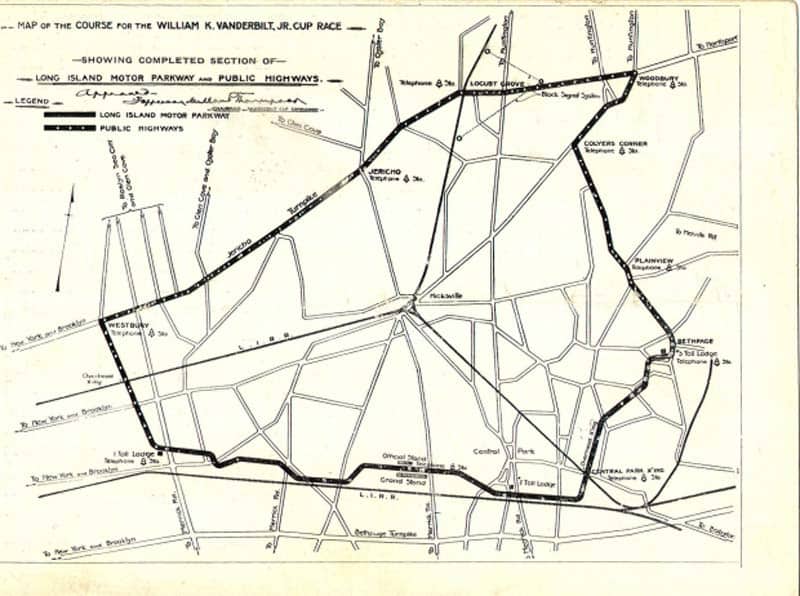 As motor sports expanded across the country, the island was no different. Racetracks developed across Nassau and Suffolk counties, featuring several different forms of racing.

Freeport Speedway, a 0.2-mile oval, was one of Nassau County’s most popular venues, but shut down in 1983. Likewise for Islip Speedway, which closed a year after Freeport. Bridgehampton in Suffolk County also played host to a racetrack, known as The Bridge, a 2.85-mile road course. At one point, there were about 40 racetracks on the island.

Islip and The Bridge played host to the NASCAR Grand National Series for a combined 10 events (four at The Bridge and six at Islip) from 1958-71. Petty won three of those contests, with Allison winning two of them. Islip is considered to be the shortest track to ever hold a NASCAR race, and dozens of Trans-Am races were run at The Bridge, several being won by legends Mark Donohue and George Follmer.

Lally has won five Rolex 24 at Daytona contests, considered to be one of the most prestigious events in sports car racing. He also competed in the 24 Hours of Le Mans twice (2005-06), finishing third in the latter.

In 2019, Long Island’s racing history remains strong. Riverhead Raceway was purchased by new owners a few years ago, redoing the entire facility to make sure racing stays on Long Island for years to come.