Hector Elizondo Is All About Trying To B Positive

A consummate character actor, Hector Elizondo has been plying his trade for nearly 60 years, appearing on stage and racking up roughly 157 credits in film and on television. Along the way, the 85-year-old’s experiences have ranged from being Garry Marshall’s good-luck charm, appearing in every one of the 18 films the late movie maker directed, to being a mainstay in a number of television programs including Chicago Hope, Grey’s Anatomy and most recently, Last Man Standing.

The Manhattan native is currently appearing in B Positive, a Chuck Lorre CBS sitcom starring Annaleigh Ashford (Masters of Sex) and Thomas Middleditch (Silicon Valley) and featuring an ensemble cast including Linda Lavin, Jane Seymour, Ben Vereen, Jim Beaver, Anna Maria Horsford and David Anthony Higgins. As the oldest actor on set and the show being set in an assisted living facility, the forum is one that not only gives a platform for older characters, a fact that pleases Elizondo.

A proud Nuyorican whose infectious exuberance has him weighing in on everything from craft to voting rights, the former jazz dancer and major league baseball prospect often peppers his commentary with Spanish phrases. And as far as B Positive goes, this particular gig resonates because of the rich material he and his fellow veteran thespians get to luxuriate in on a weekly basis.
“I love the environment because seniors are very rarely highlighted in their life,” he explained. “The life of a senior isn’t as valued as much and this is of course a culture that genuflects at the altar of youth, but not at the altar of experiences and a life well-lived. These are the people who raised the children, paid the taxes, fought the wars and have been the good citizens. Too many are forgotten at a time in their life when they are still very useful. I like that environment, especially since I’m a senior myself. The role is nourishing to me because the material is based on sentiment and not unearned emotion of sentimentality. It’s wonderful to be with people who are there to work with terrific writers and great producers.”

Enthralled by the current ride he’s on, Elizondo is pulling hard for B Positive to be renewed for a third season.
“It would be nice if this show got picked up because it’s just getting its sea legs,” he said. “Especially the last few episodes where Drew [Thomas Middleditch] and I are very heavy in the show and that relationship gets very [substantial]. It’s just too good a bunch to work with and it’s too rich a story and environment. It has to be mined completely. I don’t need the work. I just need it on another more creative level.”

Over the span of his lengthy career, Elizondo has been known for being proud of his Puerto Rican heritage and maintaining high standards that have not only found him blazing trails a la his equally talented peer Rita Moreno, who he emulated in refusing to accept any roles that he might find demeaning or stereotypical. Among his milestones was playing the title role of 1976’s Popi, one of the first American network television series to feature a Latino theme and cast.
“My dad used to say don’t show off and to just do the work and insist on respect, which is something he insisted on in his quiet way,” he said. “He never backed down from that. He was gentle, kind and could fight and use his fists. He never started anything and was never was a loud cat. But he would really hammer home the idea of not showing off because doing the right thing is enough. That’s how you bring honor to your people. You be an example.” 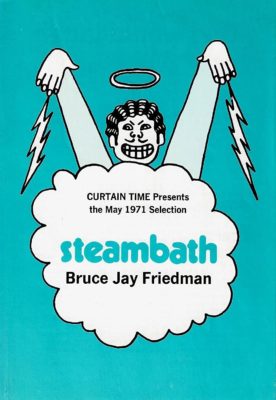 Steambath (June 1970)
“My favorite was Steambath, when I got the Obie playing a Puerto Rican steam bath attendant. I almost didn’t get the part because they said I didn’t look Puerto Rican. I said, ‘Excuse me. Puerto Rico is not a race. It’s a nationality, so get off of that.’ Of course, these idiots didn’t know that Puerto Ricans are Americans. We’re the first ones to volunteer in your damn wars. The 65th Infantry Regiment, the Borinqueneers—are you kidding me? They were a famous regiment. They were wiped out in Korea and they were all Puerto Ricans.” 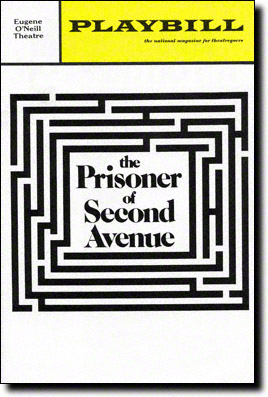 Prisoner of Second Avenue (November 1971)
“I was the lead on Broadway for this Neil Simon play. It was such a New York experience. [My character was] a New York Jewish guy—I play all sorts of nationalities, so what the hell? Of course, it was crafted so well by Neil Simon. It wasn’t crafted like a comedy. You laughed, but you laughed at the situation of the characters, which was perfectly and brilliantly crafted. My goodness, I did that for a year on Broadway as the lead. I never made a point about being Puerto Rican. There I am man—take it as it is.” 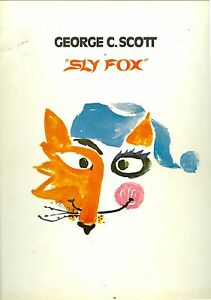 Sly Fox (December 1976)
“I was the co-star in that and he was just a powerful actor and a wonderful person. He became a friend and one of the funniest people I knew. He was a great storyteller and I really dug that about him. He could spin a yarn, but he didn’t stand on ceremony. You don’t do small talk with George. You don’t ask him a question like, ‘How is everything?’ He’d give you that look and say, ‘Everything? That’s a lot of stuff?’ (laughs). He was a bit of a historian and a very well-read guy. He was very generous, but you didn’t know it. He wasn’t soupy and sentimental. He got right down to business.”

The B Positive Season Two finale airs on CBS on Thursday, March 10.