Gyms and fitness centers across Long Island have sat idly by as dozens of other businesses have reopened since Governor Andrew Cuomo began the...
Read more
Arts

An innovative new show boldly taps the many meanings of the world’s most popular color: Blue. Bringing together masterworks of art by Pablo Picasso,...
Read more
Arts

Iconic English guitarist/composer Steve Hackett has been on a nonstop flight of creativity that has taken him, both literally and figuratively, to the far...
Read more
Arts

The Center for Science Teaching and Learning (CSTL) in Rockville Centre just announced it will have an Open House on March 7, from 10...
Read more
TOP STORIES 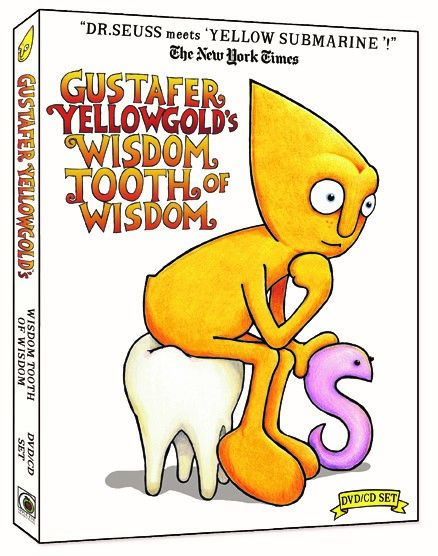 Groovy Gustafer Yellowgold is a friendly fellow who came from the Sun and landed in the Minnesota woods. Illustrator/songwriter/performer Morgan Taylor developed the Gustafer Yellowgold experience as equal parts pop rock concert and animated picture book.

This live performance will feature new songs and videos from Gustafer Yellowgold’s Wisdom Tooth of Wisdom, along with plenty of fan favorites from the five previous Gustafer Yellowgold releases, as well as this year’s hit single, “Cakenstein.” All are filled with the one-of-a-kind Gustafer Yellowgold blend of blissful pop music, lyrical poignancy, and cartoon absurdity. The songs, by themselves, are loved by people of all ages whose taste runs to alternative pop/rock, while the video elements unfold in graphic novel fashion, revealing an ink and colored pencil fantasy world that’s especially appealing to children.

Watch Gustafer Yellowgold in action on his Youtube channel HERE.