Grey’s Anatomy’s Chandra Wilson Talks How Show Is Handling The...

Actress Chandra Wilson provides a voice for front line workers For the past year, all that everyone has been encompassed by is the coronavirus pandemic,...
Read more
Arts, Music & Entertainment

Valentine’s weekend and the whole Valentine season comprise the most romantic time of the year, and the Milleridge Inn in Jericho is the place...
Read more
Entertainment

Byrds founding member sets record straight with new memoir On the back of Chris Hillman’s new memoir Time Between: My Life As a Byrd, Burrito...
Read more
TOP STORIES

When erstwhile Bruce Springsteen sideman/Sopranos heavy/SiriusXM satellite radio guru Steven Van Zandt inducted The Young Rascals into the Rock and Roll Hall of Fame back in 1997, the avowed fan declared, “Some people may not realize it, but the Rascals were the first rock band in the world…in the center of the world, New Jersey, the Rascals were the first band. Which is why I don’t understand why it took so long for them to get into the Hall of Fame.”

Despite the fact that the original four members of the New Jersey quartet—Felix Cavaliere, Eddie Brigati, Gene Cornish, Dino Danelli—were only together from 1965 to 1970, the foursome managed to make quite an impression on the charts (13 Top 40 hits and three charttoppers) and on a generation of aspiring rock stars. [To see Felix Cavaliere’s favorite Rascals songs, click here.] Two of them were teenagers Bruce Springsteen and Van Zandt, both of whom saw the original band play at a roller rink in Keyport, NJ back in 1965. It would be the latter who would get the original group to reunite for the first time in more than four decades for The Rascals: Once Upon a Dream, a combination concert/theatrical event that debuted at Port Chester’s Capitol Theater in December 2012. The show wound up being performed on Broadway at the Richard Rodgers Theater from April to May 2013 before it went on the road through the end of the year. It was a feat that impressed Cavaliere, who is currently out on the road with a group he calls Felix Cavaliere’s Rascals that finds him being the only original member.

“It took a guy with an unbelievable tenacity to literally put his money where his mouth is and a lot of patience and psychology—that would be Steve Van Zandt,” Cavaliere explained from his home in Nashville. “No one else would go to the extremes that he went to make that happen, which is why it never happened before. It was fun and interesting because we had wives with us. We never had wives in those days, so everybody was on their best behavior. Plus, [our wives] got along, so that really helped. You have to act like more of a civil being rather than an idiot. I would say after approximately three months, [we] really brought back the magic and that felt good. When it started to jell, it was really good.”

The 72-year-old Pelham native’s love of music runs long and deep, dating to a childhood that found him being classically trained at the Allaire School of Music in New Rochelle, NY. Growing up outside of New York City and being influenced by an array of rock and roll legends that include Jerry Lee Lewis, Fats Domino, Little Richard and Ben E. King alongside jazz organists like Jimmy Smith and Jimmy McGriff didn’t hurt. So it wasn’t surprising that a premed college career fell by the wayside once Cavaliere went away for the summer to play in the house band at the Catskills-based Raleigh Hotel. It was here that he crossed paths with Joey Dee and the Starliters, who were headlining at the resort sent for the young musician around four months later when their organist left them in the middle of a European tour. That coupled with a fortuitous opportunity ensured that Cavaliere was tossing aside any future Hippocratic oath-taking for a chance at tickling the ‘88s full-time.
“We wound up working with The Beatles before they came over to the United States, which they put in Once Upon a Dream, but it’s true,” he recalled.“That of course, solidified the fact that I was going to do this for a living. I got that fever out in The Catskills and in Europe, so I never really went back to school to pursue my other career.”

It was while working with Joey Dee that Cavaliere met fellow Starliters sidemen Brigati and Cornish and suggested they, along with drummer Danelli, strike out on their own. The Young Rascals first gig wound up being in Brigati and Danelli’s hometown of Garfield, NJ where they debuted at the Choo Choo Club. But it wouldn’t be until the foursome played a summer-long residency gig at Hampton’s hot spot The Barge when they wound up breaking through and getting signed to Atlantic Records. It was this formative time on Long Island that holds some of Cavaliere’s fondest memories.

“Our first major job was out there. The Hamptons even then, was a very, very interesting and cool place. For us to be able to spend an entire summer out there on the beach working in a brand-place which was The Barge—it was very hip man. We had people like Bette Davis come out on the weekends. It was just an amazing experience. When I look back at Long Island, that’s the first thing that comes to mind,” he recalled. “Did we have a ball. We had that kind of innocence that you have before you have success, you can’t reproduce that. It was just so much fun. That’s where we met our manager-to-be, Sid Bernstein. That’s where we became Atlantic recording artists. Like I said, it’s a great story and I really wish I could tell you the end of the story was as great as the beginning. We split up and I’ve always been sorry about because I really feel like we never completed our journey.” 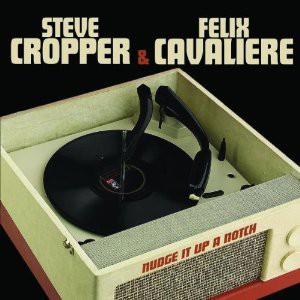 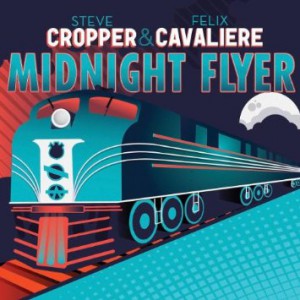 And while Cavaliere was happy to have participated in the reunion while still having doubts about whether it will happen in the future (“I don’t really know because without Steve, I don’t know. He went way over the top make that happen.. ”), the 72-year-old Pelham native is firmly looking to the future for potential creative opportunities, which led to his moving to Nashville. This change in scenery wound up having him team up with legendary Stax/Volt guitarist/MGs founding member Steve Cropper on a pair of recent albums, 2008’s Nudge It Up a Notch and and 2010’s Midnight Flyer. Cavaliere is quick to point out that both projects were a result of then-recent Tennessee transplant Jon Tiven working with the duo in an impromptu manner before suggesting that all parties concerned should shoot higher.
“That’s what’s nice about Nashville. It’s very easy for that stuff to happen because this place is all about people getting together, writing, creating and doing something. Jon Tiven came down here and he’s a very aggressive networker especially when he first got here because he was trying to make a presence. So Steve and I went over to his place and started writing,” he explained. “Then Jon thought it sounded pretty good and said we should get a record deal. I never had any idea about that. I thought we were just writing songs and he pulled it off. We got a deal and I said why not and decided to do it.”

While Notch landed a Grammy nomination, Cavaliere has continued working on different aspects of his solo career. Along with hiring a musical director affiliated with America’s Got Talent for his live shows, (“We’re going to use the same music, but it’s going to be a little more dynamic…Hopefully we’re making it a little more different and a little more modern), the septuagenarian rocker is also penning his memoirs. A fan of recent efforts by Keith Richards, Tommy James and Bob Dylan, the Nashville resident is in the process of shopping his autobiography around. That said, he’s clear about wanting to live in the hear and now and not be a nostalgia junkie despite the creative legacy he’s built.

“I really do not like to spend time in the past. Some people get lost in the past,” he said. “I like to do tomorrow to a tremendous degree because I still very much enjoy the creative process.”
Felix Cavaliere’s Rascals will be appearing on Sunday, April 26 at the NYCB Theatre @ Westbury. 960 Brush Hollow Rd. in Westbury. For more information, please call 877-598-8497 or visit www.livenation.com.

“The world’s most famous arena.” That’s how Madison Square Garden, located in midtown Manhattan, has long described itself. The name may seem curious to some....
Read more

Avanti Furniture celebrates 56 years of business In the world of high-end interior design, Farmingdale doesn’t exactly jump out as a place where you would...
Read more

Actress Chandra Wilson provides a voice for front line workers For the past year, all that everyone has been encompassed by is the coronavirus pandemic,...
Read more
Check It Out

“The world’s most famous arena.” That’s how Madison Square Garden, located in midtown Manhattan, has long described itself. The name may seem curious to some....
Read more
Check It Out