‘Good Times!’ With The Monkees Again

So, what group has sold more than 75 million records worldwide and at their peak in 1967, outsold The Beatles and The Rolling Stones combined? If you said The Monkees, you’d be right.

Five decades after The Monkees debuted on NBC on Sept. 12, 1966, surviving members Micky Dolenz, Peter Tork and Michael Nesmith returned to the studio (frontman Davey Jones passed away on Feb. 29, 2012) and emerged with Good Times!, the group’s 12th studio album.

Produced by Adam Schlesinger (Fountains of Wayne), these 13 songs feature four songs that were unfinished late 1960s demos that include vocals by Harry Nilsson (who penned the title track) and Jones. Schlesinger and Rhino Records then sent a missive out to the music industry seeking original material for a new Monkees album. The response was rich and resulted in contributions from a number of indie rock icons including Rivers Cuomo (Weezer), Andy Partridge (XTC), Ben Gibbard (Death Cab for Cutie) and the duo of Noel Gallagher (Oasis) and Paul Weller (The Jam). For Dolenz, the results were serendipitous up to and including the decision to go with Schlesinger as a producer.

“When the Tom Hanks movie That Thing You Do! came out, everyone said I had to listen to this song because it sounded like the Monkees. I actually bumped into Tom Hanks at a party once around that time and he said he made a movie about me,” Dolenz recalled. “So I met with Adam and the record company and we were all on the same page. He loved the idea of incorporating these 1960s tracks that he would augment and finish up with vocals and other things. It all sounds like it was recorded on the same day in the 1960s. It was a perfect storm. We caught lightning in a bottle.”

The results are indeed seamless, whether it’s older cuts like the Nilsson/Dolenz duet on the rave-up title cut, the Neil Diamond ballad “Love to Love” with the Jones vocal that has the perfect blend of jangle and melancholy or Tork’s heartfelt performance on the Carole King gem “Wasn’t Born to Follow,” which resonates with just the right amount of harpsichord.

Newer cuts stand on the same qualitative solid g4round, whether it’s Nesmith lending his twang to the wistful rootsy nuances of Gibbard’s “Me & Magdalena,” Dolenz pumping sunny phrasing into Partridge’s irresistible earworm “You Bring the Summer” and Cuomo’s power-poppy gem “She Makes Me Laugh.” The chemistry throughout the entire process made for a swift creative experience.

“We got in the studio very quickly and the whole process only took a few weeks. It wasn’t one of these long, drawn-out projects and it happened very quickly,” Dolenz explained. “I went in, as did Mike and Peter, and we did our vocals and put on some instruments. They also played on a whole lot of tunes. I played drums on the last tune, ‘I Was There (And I’m Told I Had a Good Time)’ and that was it. The record company released it and it just exploded.”

No hyperbole is involved in that last statement when you learn that Good Times! debuted at number 14 on the Billboard album chart when it was released in May. The Monkees’ first new studio album in 20 years also became the group’s highest-charting since 1968. And while The Monkees may have gotten grief back in their heyday for initially not playing their own instruments, relying on a stable of songwriters and being a successful pop act that committed the crime of never having paid their dues, many signs point to their long-lasting legitimacy.

Not only did they wind up with a rock-solid canon, but their 1968 musical film satire Head was the precursor to the Hollywood independent film explosion and gave the Jimi Hendrix Experience their first U.S. concert tour exposure as an opening act. Nesmith’s fusion of country-rock was also an early foray into the genre alongside Bob Dylan and The Byrds, while the group’s hijinks in the show inadvertently wound up being a blueprint for the music video format. And while The Monkees was inspired by The Beatles and A Hard Day’s Night, the Fab Four and a number of other artists were fans of the group and appreciated the band’s deconstruction of pop culture.

“The Beatles got what The Monkees were all about. It was John [Lennon] that was the first one to make the observation that The Monkees were like the Marx Brothers. If the truth be known, The Monkees are much, much closer akin to the Marx Brothers than The Beatles,” Dolenz said. “The Monkees was a television show about this imaginary group that wanted to be The Beatles. On the TV show, we never made it. It was always the struggle for success that reflected a lot of those kids in their garages that were playing and wanted to become famous. So The Beatles and Frank Zappa got it. It was unusual. It was a very strange thing to happen in 1966—that sort of collision of television, the record industry and the radio industry. It had never really never happened before.” 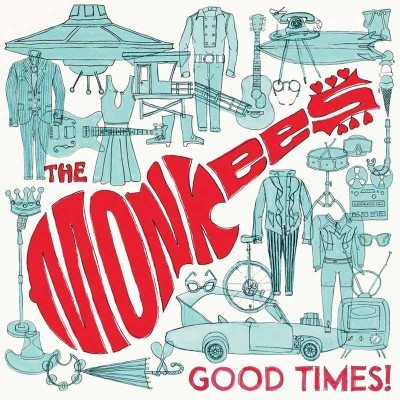 The Monkees will appear on Oct. 7 at The Tilles Center for the Performing Arts, 720 Northern Blvd., Greenvale. For more information, visit www.tillescenter.org or call 516-299-3100.

For the Top 5 moments in Monkees history, see Fifty Years Of The Monkees.

Fifty Years Of The Monkees