It’s been 20 years since the release of Dizzy Up the Girl, the Goo Goo Dolls’ multi-platinum sixth studio album, that yielded five Top 10 singles and signaled the commercial arrival of this Western New York outfit. Arguably one of the most successful post-grunge bands to emerge out of the ’90s, the Goos did not arrive fully formed. The early days of the band found them tagged as Replacements Lite (that group’s Paul Westerberg cowrote the 1993 single “We Are the Normal” off that year’s Superstar Car Wash) and they were actually college radio staples up through the early 1990s.

While the band’s latest road stint found them helming the Dizzy Up the Girl 20th Anniversary Tour, founding member Robby Takac is quick to point out that his band hasn’t forgotten its hardscrabble roots.

“The tour has been going great and we’ve been going out doing our best to play everything that everybody wants to hear every night. That’s sort of been our goal for the past few decades. With this new format of this show—going out and playing this whole Dizzy Up the Girl record—we got five of our pretty big songs out of the way really early in the set, so it really structured a really different kind of experience for us,” he said. “We would sort of put things together and there were two ways to go. We could play Dizzy and then nail everybody with a mini-set of super-hits and say goodbye. Or, we could go the opposite way and go a little deeper, which is what we decided to do. So we were a little skeptical as to how that was going to work. First off, we made sure to keep it in a little bit smaller places than we normally play. But it’s turned out great. People have been into the whole idea and it’s been a pleasant surprise for us for sure.”

While the release of Dizzy turned the Goo Goo Dolls into household names, the skids were greased by the release of “Iris,” a chart-topping power ballad released on the soundtrack to the 1998 film City of Angels. For Takac, he knew big changes were on the horizon for his group.

“We had already recorded ‘Iris’ and it was already sort of bubbling up as we were recording this album. I can remember sitting in the lounge of the studio and the Stanley Cup Finals were going on,” he recalled. “Somebody was skating around with a Stanley Cup over their head—I’m not a big sports fan, so I can’t really tell you who it was. But ‘Iris’ was playing on the background and as this was going on during the broadcast, I remember we were all looking at each other thinking how crazy that was. So we already knew that something was starting to happen a little bit. People were treating us differently.”

It was quite a change for the then-trio that got its start in Buffalo and took its name from an ad for a toy they saw in True Detective magazine. Too soft to be considered a hardcore punk band and too aggressive to be lumped into the alternative music camp, the threesome signed up with Metal Blade Records and worked hard on their craft, touring with everyone from Gang Green and Cannibal Corpse to cow-punk outfit The Gun Club. And while the band started out with the bass playing Takac as the lead singer, the vocal duties gradually shifted over to guitar player Johnny Rzeznik. It was all part of the learning curve and progression as a band that Takac acknowledges was needed.

“I just think [having John become the singer] was more of the journey of becoming a real band. We just had the unique or unfortunate opportunity of making that growth that most people do in private, on record. At the time, there was a scene that embraced what we were doing. I don’t know what kind of records we were trying to make back then. Even on our first record, I think we fancied ourselves a little bit more like The Cure than we really came off as. But it was what our tendencies took us to. But I think from that, John and I learned to stand in front of a room full of people in any situation and make this thing come down. I think that 10 or 12 years of knowledge contributed when it became crunch time and we really had to make it happen,” he said.

With 2019 looming, the Goo Goo Dolls are working on a follow-up to 2016’s Boxes and are set to make a major announcement for next summer. When asked about his band’s longevity, Takac pauses before acknowledging that the school of hard knocks he and Rzeznik attended helped forge their determination and hone their creative vision. “I think [our being an album band was] one of the things that sets us apart from a lot of the bands that were happening at that time. People sort of popped into that scene, when it became popular and I think we sort of rose into it as part of the journey here,” he said. “We love The Replacements, Bad Brains and The Clash and everybody that formed what we were doing early on. Especially John’s desire to move beyond what we were doing at the time, but at a reasonable pace, has led to this sort of growth over the past 30 years. And a lot of bands never get to realize that, so we’re pretty lucky in that way.” 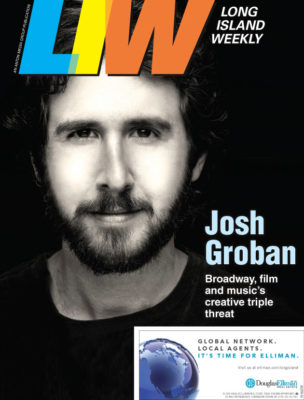