Going Back To The Beginning: Paul Reiser Returns To His Standup Roots

For a certain generation of pop culture fan, Paul Reiser will always be Paul Buchman, the fictional documentary filmmaker who starred across from costar Helen Hunt’s Jamie Buchman in the much-loved ‘90s sitcom Mad About You. And while the Manhattan native has been reemerging in recent years in highly acclaimed projects like 2014’s Whiplash and last year’s Concussion, Reiser is most excited about returning to his origins as a stand-up comedian.

“It’s funny, because there are people who never knew I was a standup and just remember me as the guy from Mad About You. I always thought of myself as a standup who was sidetracked with TV and always intended to come back,” he explained from his home in California. “But I always tell people if all they know me from is Mad About You but they see me do standup, they’ll still know it’s me because by design, Mad About You was about the character being as much like myself as I could so I wouldn’t have to act as hard. It’s funny because I still find myself drawn to the same stuff that got me going in the first place.”

Currently out on the road, Reiser won’t call what he’s doing any kind of a tour.
“I’m reluctant to use the word tour because I always picture a tour as being Willie Nelson on a bus for eight months in a row. That ain’t me,” he said with a laugh. “I struck a nice balance where I’m going out two or three weekends a month where I go out, perform and come home.”

Reiser’s return started with his hitting the stage at The Comedy and Magic Club, a small room near where he lives in California where friend Jay Leno regularly appears on Sundays. When Reiser started showing up to get his time on stage, many of the younger comics he crossed paths with were wondering if the older comedian was warming up for an upcoming Tonight Show appearance or getting prepping for an upcoming special. Reiser assured them he was in the same boat as any other working comedian—working on new material and in his case, building up comedy muscles that had atrophied after being away from the stage for 20-plus years. It was a welcome return that brought Reiser back to his early days as an 18-year-old freshman at the University of Binghampton, where made his first appearance at New York City’s Catch a Rising Star during a school break in hopes of following in the footsteps of reigning comics like Freddie Prinze, David Brenner and George Carlin.

“The last couple of years, I’ve been getting back with no plan or design. I missed doing stand-up and it’s something I’ve been putting off. So when I finally did it, I forgot how fun it was,” he explained. “The only time I’d been on stage at all was hosting a charity event and those are real simple. You say a few jokes and bring on the mayor and you’re done. But [my first time back] was a great night and it was a great audience, I don’t know if they were drinking or what but it was really fun. I was just rolling and improvising and I’d just forgotten what it feels like getting laughs. So I decided I was just going to go back. There was no plan. I just went into the clubs.” 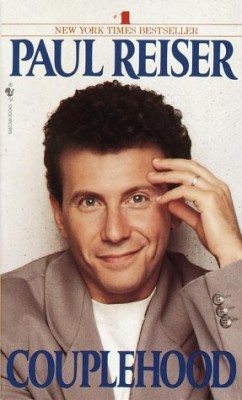 Reiser’s career path has also found him enjoying a career as a New York Times bestselling author courtesy of three books (Couplehood, Babyhood, Familyhood) and a number of equally notable film roles in movies both large (Diner, Beverly Hills Cop I & II, Aliens) and small (Bye Bye Love, The Thing About My Folks). But for the New York City native, the simple rhythms and honesty that comes across in a solid standup comedy routine are what really recharge his creative batteries.

“What was funny to me was how low-tech [comedy] is. So many things have been sped up, digitized and you have apps to do everything but you can’t speed up the process of getting good at being a stand-up and I found that heartwarming,” he explained. “You have to work at it. What remains true is that every time you think you get better, you see the horizon move further and you know that you’re still chasing it. Most comedians will tell you that you never feel like you’ve got it.”

Paul Reiser will be appearing on Feb. 6 at the Staller Center for the Arts, Stony Brook University, 100 Nichols Rd. Stony Brook. For more information, call 631-632-2787 or visit www.staller.sunysb.edu.