Go Above & Beyond To Conquer Addiction 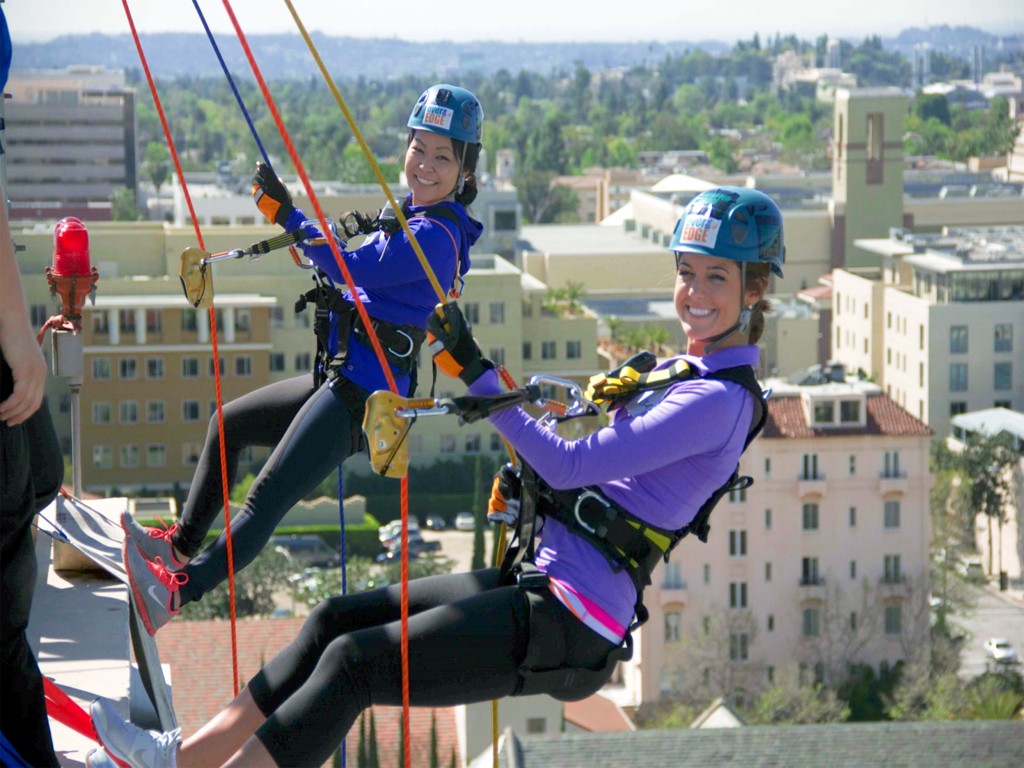 You would walk to fight breast cancer, run to battle leukemia. But what would you do to make addiction — and the stigma attached to it — a thing of the past?

How about climb up the side of a building? More precisely, rappel from the Administrative Tower at Nassau Community College in Garden City?

That’s the Shatterproof Challenge, a Tuesday, May 27, fundraising event for Shatterproof, a group that bills itself as the first national organization for addressing addiction.

The mission is to fund research into the causes and cures for addiction as well as to help overcome the societal stigma that comes with this disease.

In fact, it was the shame that accompanies addiction that led to the tragedy from which Shatterproof was born.

Twenty-five-year-old Brian Mendell had fought drug addiction for a decade, and was clean for more than a year when he committed suicide in late 2011.

“What was most tragic is the shame he felt every day,” said his father, Gary. “The feeling of being an outcast from society.”

But rather than just mourn, Gary Mendell was galvanized into action to transform the way addiction is prevented, treated and thought of. In 2012, Shatterproof was born.

The Easton, Conn. resident stepped down as CEO of HEI Hotels & Resorts, a company he founded that managed a portfolio of 42 hotels with revenues of $650 million, so he could devote all of his time and energy to the cause. He also committed $5 million of his own money.

I was introduced to Mendell by Daniel Lesser, a Great Neck resident and Mendell’s friend, college classmate and business associate.

“Shatterproof is a nonprofit charitable organization that is already making a huge difference in saving lives and preventing the shattering effects of addiction,” said Lesser.

Addiction is a far bigger problem than most of us know or are willing to admit.

“When Brian was alive, he asked how many fathers in Easton were fathers of addicts,” Mendell said. “I had no idea, it was never talked about. But what I found was that in the United States, 25 million people are actively addicted to drugs and alcohol.”

As he figures it, between addicts, those in recovery and their families, one quarter of all Americans “are dealing with addiction within their own four walls.”

And the body count is equally shocking.

Mendell’s plan for Shatterproof is long-term, and over the next 20 years, he wants to see the deaths from addiction-related substances, which are now more than 135,000 per year, reduced by half. Along with that, he aims to cut the number of addicts and the societal costs by the same proportion.

For details on the event at Nassau Community College, go to Shatterproof.org and click on “Upcoming Events.” You’ll see that this is one of 18 rappelling events being held around the country this year. Register and raise at least $1,000, and you will get the equipment and training you need to rappel high above Garden City.

“The Shatterproof Challenge brings people together to conquer their fears by rappelling for the cause of addiction,” said Mendell. “These events allow families and friends to say to the 22 million Americans who struggle with addiction every day ‘We care about you.’”