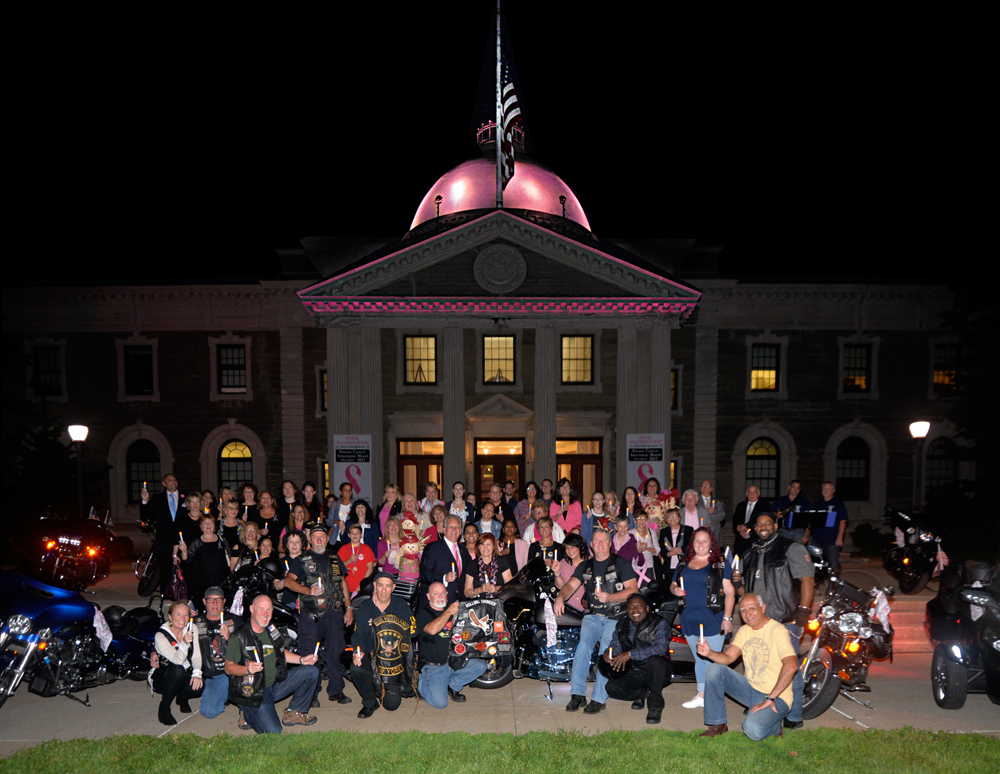 Nassau County Executive Ed Mangano and his wife Linda joined breast cancer survivors and other members of the community for a “Glow of Hope” program on Thursday, Oct. 5 at 6 p.m. at the Theodore Roosevelt Executive and Legislative Building in Mineola, in recognition of National Breast Cancer Awareness Month. The dome of the Theodore Roosevelt Building was lit pink in order to raise awareness of early detection for breast cancer and to celebrate the lives of those affected by the disease.

“Until we have a cure, our best weapon is still regular screening, early detection and timely treatment,” said County Executive Mangano. “As we light the dome pink we think of all the people who are battling breast cancer, all who have survived and all we must do to beat this disease. Together we can and will make the critical difference and save lives.”

Also in attendance at the ceremony (and pictured above), were: Geri Barish, Executive Director of Hewlett House and President of 1 in 9: The Long Island Breast Cancer Coalition; The Rolling Thunder Motorcycle Group; members of Mercy Hospital; members of Winthrop Hospital; members of South Nassau Communities Hospital; Dr. Maryellen Greenberg; and various people in support of this cause.