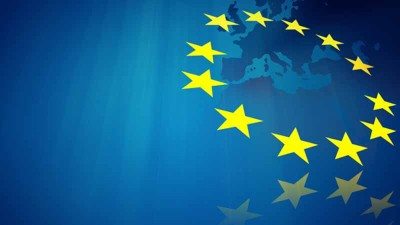 We New Yorkers have what I call a local view. We occasionally follow the national news. We check the weather, worry about being stuck on the Long Island Expressway or being delayed on the Long Island Rail Road. But events outside this country, which affect us in one way or another, seem to be too distant to try to figure out.

I don’t profess to know all the details about the upheaval in England or Puerto Rico, but both touch us in many different ways. They also teach us lessons about politicians and what they should or shouldn’t do. The vote in England to leave the European Union has hit every local 401k and other retirement accounts in a big way. When a foreign stock market sneezes, we get the flu. And that flu will be a lengthy one for us.

The vote to leave the European Union provides us with many lessons, beyond the loss of our investments. Politics in friendly countries is often a mirror image of what we experience in this country. Last year, the current Prime Minister David Cameron made a major deal with his political enemies that England would have a future vote to decide whether to leave the EU. He truly believed that any attempt to leave the EU would fail. What a difference a year makes.

A handful of leaders in his own Conservative Party decided that the referendum would be a perfect way to build their own careers and take advantage of the country’s unhappiness about immigration and the control exercised by the EU, which is headquartered in Brussels. They turned their backs on their own prime minister and launched a drive to get an exit vote approved. They made bold promises about all the new moneys that would go towards the country’s health program and how an independent England would reap many benefits.

Their campaign against the EU was a carbon copy of the campaign being run by Donald Trump in this country. Both target immigrants and make angry claims that the people in power know nothing and only they can get things done. Trump has vilified the working press, numerous ethnic groups and belittles women, handicapped people and anyone he thinks is vulnerable. The anti-EU crowd did much of the same attacking the stay England supporters with mean-spirited verbal assaults.

The vote has been taken and England will leave the EU. But, to the surprise of even its supporters, the leadership of the movement doesn’t have a clue what to do next. Money for health care? Well maybe that was a mistake, they say. Keeping the country’s financial structure sound? Oh, we didn’t promise that. Keeping immigrants out of the country. Did we promise that, they ask? So much for promises made and broken. So keep a close eye on Trump.

This region has strong ties to the island of Puerto Rico. Besides people who migrated to this country, Puerto Rico is our fifth largest trading partner. People born on that island are considered natural-born U.S. citizens. The U.S. Congress has done nothing meaningful to help the island out of its current financial catastrophe. Hedge fund companies loaned money to the island at astronomical rates and Puerto Rico is now cash poor.

One of the best-kept secrets is that every foreign import that reaches the commonwealth is hit with enormous tariffs and fees that go to the U.S. Merchant Marine. Every item that is shipped in is hit with a 15 to 20 per cent tax. Since 1920, Puerto Rico has been paying a ransom estimated at $75.8 billion to our fleet to get badly needed goods. Is that how you treat your close friend?

So as we go about our daily business, it is good to remember that almost anything that happens to one of our friends, happens to us in one way or another.