Getting To Know Jaguar Freeport 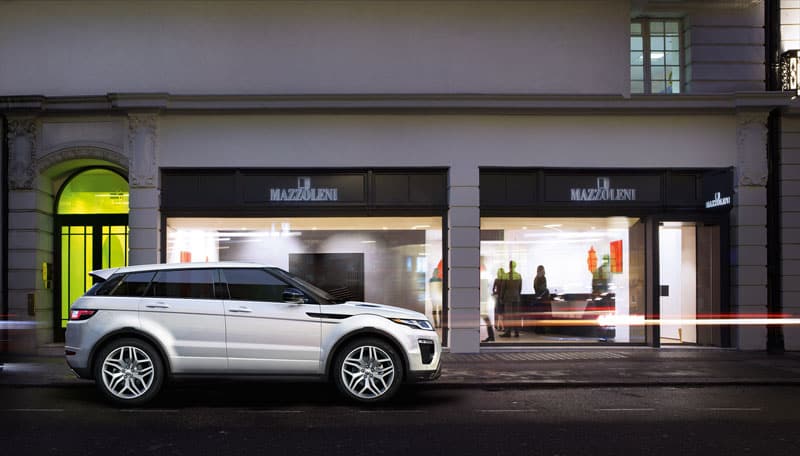 As the New York International Auto Show approaches from April 19 to 28, it’s the perfect time to preview new vehicles on Long Island.

Jaguar Freeport recently moved to a stunning new 35,000-square-foot property, adding Land Rover to the dealership’s impressive lineup. We spoke with Tony Anton, general manager of Jaguar Freeport, to find out the history of the dealership, along with what’s new for 2019.

Jaguar, one of the premier manufacturers in the world, was founded in 1922 by William Lyons. Lyons did not originally start his work under the Jaguar name, but as the Swallow Sidecar Company. Thirteen years after Swallow Sidecar Company’s founding, he created the SS Jaguar, leading the company to be renamed in 1945 as Jaguar Cars due to its success.

Decades later, in 1990, Jaguar became part of Ford Motor Company in a major acquisition. Ford also acquired Land Rover from 2000 to 2008. Then, the two were sold to the India-based Tata Motors, creating a subsidiary known as Jaguar Land Rover Limited. It would mean that under Tata Motors, Jaguar Cars Limited would be its own company, and likewise for Land Rover.

With headquarters in the United Kingdom, the group has since made a goal of offering all-electric or hybrid powertrain options by 2020.

Now, the Freeport dealership is offering both Jaguars and Land Rovers, and they are ready to help Long Islanders pick the right option.

What is the history of Jaguar Freeport?

In 1938, Hugh Weidinger opened the first Jaguar dealership in the United States. Since that time, our company has sold more Jaguars than any dealership in the world. On June 1, 2017, Jack Weidinger, the grandson of Hugh, opened up Jaguar-Land Rover Freeport. It had been one of our Jaguar stores for about 20 years, but it was the first time we had a Land Rover store. That is the first Land Rover store on the south shore of Long Island in a dozen years, filling a need that had been left open. It is the only Land Rover store on Long Island that is independently owned. All of the others are owned by a particular group. We sell about 110 new cars per month, with a combination of both Jaguars and Land Rovers. We sell another 20 or so pre-owned cars. We are the only Jaguar dealer to win the Pride of Jaguar 11 years in a row. We’re in a 35,000-square-foot facility, with parking on the roof for 80 cars. It’s New York’s first arch facility, which is Jaguar’s new facility design and one of the first in the country. We have the best beaned cup of coffee that you can get on Long Island.

What are the keys to Jaguar Freeport’s success?

Simply meeting the needs of our customers, being straight forward, honest and listening to understand what our customers need. We offer pickup and delivery for service. We have an all-Jaguar and Land Rover loaner fleet. A lot of the people who buy Jaguars from us have been buying cars from our dealerships for decades, or at least someone in their family has.

How did this dealership become one of the top in the world?

Hugh Weidinger was a very charismatic man. His son Jake took over the dealerships in the late 1960s. I can honestly say he was truly a renaissance man. He has since passed away. He gave a personal touch to every customer that we’ve dealt with. He was incredibly hands-on. His son, Jack Weidinger, is running this dealership in that same spirit. We originally had the only two Jaguar stores in Nassau County. We recently sold our store in Great Neck, consolidating our business to the new facility in Freeport. We had a facility in Freeport, and we had the opportunity to open up a dual-branded dealership. It’s our first foray into the Land Rover business, and it’s a very exciting opportunity. It’s a very popular and successful product that’s on people’s shopping and wish lists. This was really
the best place where a Land Rover dealer was needed.

With dozens of different cars, what are some newer models that the dealership is highlighting in 2019?

One of the most exciting models that has just arrived is the I-PACE. It’s an all-electric vehicle that’s absolutely gorgeous. The battery is actually located on the floor of the car, giving the center of gravity of the car so low that it’s the most stable car I’ve ever driven in my life. On the Range Rover side, they have the new Evoque coming out. It’s a totally redesigned car. It will be featured and rolled out right around the time of the New York International Auto Show in April. That’s the next most-exciting thing on the horizon.