Getting Literary And Lunar With The Tedeschi-Trucks Band

If necessity is the mother of invention, then the isolation of the pandemic proved to be the rocket fuel for the Tedeschi-Trucks Band’s most ambitious project—the four-part opus I Am the Moon. Divided into I. Crescent, II. Ascension, III. The Fall and IV. Farewell, the duodecet’s fifth studio release was inspired by the same 12th century Persian poem that inspired the title track to the Derek and the Dominos 1970 opus Layla and Other Love Songs.

Susan Tedeschi, who co-leads the 12-piece with husband Derek Trucks, still sounds a bit awestruck by the magnitude and complexity of an undertaking that came together as the TTB was trying to navigate getting through COVID-19 when all touring came to a screeching halt.
“The pandemic was a good time to really sit back, look and re-evaluate,” Tedeschi explained. “At the same time, we did take care of our band and crew, even though we didn’t work for 18 months. While we had no money coming in, we did have some saved as a band. Primarily because we had lost Kofi [Burbridge] (Ed. note: The longtime band member died in 2019 at the age of 57) and we realized you get medical bills, things happen and you have to have money saved. Thank God we did. Then we had some help from the government and then we would sell our personal stuff to keep food on the table for everyone. A lot of our band and crew have kids—we were just making it through and keeping the dialogue open. Mike Mattison, being our Harvard grad of course, said we needed a project. He suggested we all dive into the original ‘Layla and Majnun’ poem from 12th century poet Nizami Ganjavi.” 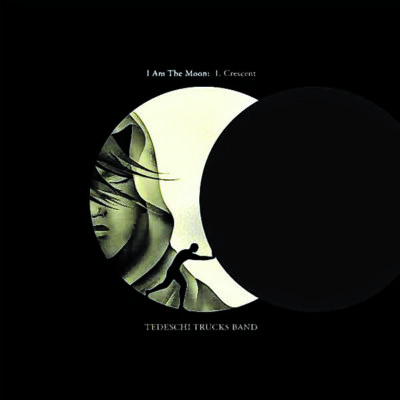 When the musical collective agreed to dive into these heady waters, the approach was to have all the band members read the poem and start writing. An early creative direction was rather than having it come from the man’s point of view, the decision was to view the songs from Layla’s perspective and how other people in the story may have viewed this relationship. The ideas started to flow and before long, the amount of material quickly piled up
“We just kept writing while it was organically growing because we wanted to see where it was going to take us,” Tedeschi said.

“When we started recording, we had a lot of songs [and realized] it was too much for a double-album because it wouldn’t all fit on a record. We weren’t sure if we were going to cut it down because we didn’t have any songs that we thought were fluff. They were all really great. So we made it into four records because we realize some of the best records like Axis: Bold As Love are only about 35 to 40 minutes long, which is a good amount to enjoy the music. Otherwise, you get overwhelmed with too much information because it’s too much stuff. Honestly, that was happening in the studio when we were doing it. I’d be asking what a particular song was. I couldn’t keep up with all these songs and there were so many of them. I was just having to do one a time and take my time.”

While the earliest cracks at I Am the Moon started in July 2020, it wouldn’t be until January of this year when all four movements would be completed.
Adding to the unique approach is a visual component in the shape of I Am the Moon: The Film, which has four parts attached to each album and all of the songs. Directed by documentary filmmaker/author/television writer Alix Lambert, the films are debuting on YouTube concurrent with each record’s release. It’s yet another quirky component Tedeschi is completely enamored with.

“During the pandemic, people were waiting for The Mandalorian to come out every two weeks or whatever and you’d get 30 or 40 minutes to ingest and enjoy it before you’re on to the next [episode],” she explained. “Not unlike these records that are coming out a month apart, it gives you something to look forward to. The other thing too is having it come out on YouTube live for free as a listening experience is something everyone can do together as a society—we have people all over the world in places like Japan and Brazil watching at the same time as people in California and Massachusetts were. Some people woke up in the middle of the night to see it. And then people would watch it the next day or whenever on YouTube. It was just a really cool, weird and different way to do it. We’ve gotten so much positive feedback from it.”

In taking this out on the road, Tedeschi admits the TTB aren’t trotting any new material out until after the albums are released (“If you do that before it comes out, everybody tapes it and it’ll be on YouTube and it won’t be fresh or new.”) That said, fans will have plenty to look forward to from the annual Wheels of Soul summer tour that’ll find them joined by Los Lobos to the multiple Beacon Theatre fall dates.
“On the summer tour, our set is about an hour and 45 minutes and we’ll probably do a mix of all different things,” Tedeschi said. “Maybe a couple of songs from each of our albums like Revelator, Made Up Mind, Signs—whatever. And a couple of covers sprinkled in like Derek and the Dominos and some Allman Brothers. Then, we’ll do some of the new stuff. And whatever record is out, we’ll be able to introduce those songs. Derek is usually our set-list writer, so a lot of times you just don’t know until the day of. Last year I think we played 88 different songs during the Beacon run and now we have 125 songs. We’ll mix it up and it’ll be different and fun. It’s not predictable. Some bands will have the same set list every night and I don’t know how they do that every night. Aren’t you bored with yourself? This band doesn’t like to get bored.”