George Washington: A Man In Full 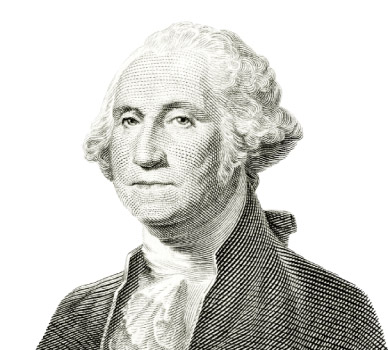 President’s Day wasn’t always President’s Day. The holiday only came into being in 1971, all with the stroke of Richard Nixon’s pen. From 1843 to 1968, Feb. 22, no matter what day it fell on, was a national holiday. Here was a man once truly beloved by his fellow citizens. Nowadays, the day comes and goes without notice. Every Feb. 22, a hapless member of the United States Senate is charged with reading Washington’s Farewell Address. Last year, Sen. Ben Sasse received the honors. Afterwards, Sasse complained that he gave his recital to an empty chamber, when in truth, it was given to an empty nation.

Still, books on Washington continue to tumble out of the presses. The big books, multi-volume work by Douglas Southhall Freeman and James Flexner, have long been published and so the times remain ripe for more specialized studies of the man’s life. 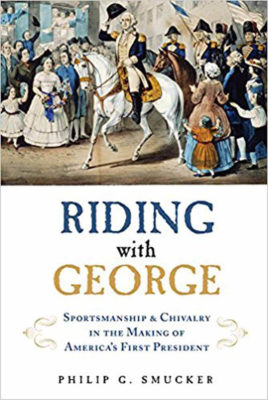 As Phillip G. Smucker, a distant relative of the man observes, that was enough for any man. The gentleman was expected to perform with excellence in both times of war and times of peace. He was expected to be a soldier and statesman, a horseman and a scholar. Smucker’s entertaining narrative focuses on Washington as the man of action, with the author retracing the man’s footsteps at famous battlefields from both the French and Indian and the Revolutionary War. On these pages, Washington comes off as the larger-than-life figure he certainly was: surveyor, hunter, swordsman, soldier and dancing man, Washington shot straight to the top of Virginia society. Smucker all too often succumbs to political correctness, stepping all over his prose with harsh commentary on Washington’s shortcomings.

Kevin J. Hayes’s more somber study examines Washington’s life as a bibliophile. Again, to be a gentleman was to be a scholar and the young Washington worked just as assiduously to develop a library as he did to earn a reputation on the battlefield. He read books on history, certain novels and plays and especially delighted on books about plant life and crop growing. Hayes is unique also in that he gives Washington some slack on the slavery issue. After wrestling with the subject for years, Washington dutifully freed his slaves and as importantly, provided for their well-being. Utterly free of cant, A Life In Books is for the most serious reader.

The Wall Street Journal declared George Washington: The Wonder Of The Age to be “the only Washington biography you need.” That may be too sweeping, but John Rhodehamel has written a compact volume, emphasizing Washington’s contribution to the cause of republican-style governance.

“This is the story of the most famous American speech you’ve never read.” So begins John Avlon’s Washington’s Farewell Address.

Such wasn’t always the case. From the 19th century well into the 1950s, the speech was required reading for any American schoolboy. With America’s entry into World War II and the formation of the NATO Alliance following the appeasement at Yalta, Washington’s warnings about “entangling alliances” with European powers were now deemed obsolete. Still, Avlon gives it a go, finding wisdom in the address for its emphasis on prudent governance, the need for public education, plus, its warnings against factionalism in politics and imperial overstretch in foreign affairs.

The book, however, is highly partisan. Avlon seems to feel guilty for saying so many nice things about Washington. And so, he takes this out on Thomas Jefferson. The author sneers at Jefferson at every turn, even accusing the third president of treasonous behavior. If you are a fan of both Washington and Jefferson, then this book is not for you.

Soldier, statesman, surveyor, author, orator, planter, husband, stepfather and step-grandfather, founder of the first republic of the modern world, Washington was the most remarkable man the United States has produced. Will history remember him? Will Americans know—or care—who the man was? The volumes by Hayes and Rhodehamel are strong bids to keep Washington’s memory alive for future generations to discover.

Stephen King once said that books are a uniquely portable magic. To that end, what better gift to give than the kind of literary...
Read more
Arts, Music & Entertainment

Fifty years of doing anything is well worth celebrating, so it comes as no surprise that Neil Diamond is commemorating five decades in the...
Read more
Arts, Music & Entertainment

Beyond Broadway Joe Explores The Other Side Of Super Bowl III

The warmer weather finally arrived this week and so did the fish. The amount of bait all across the Island seems to be the...
Read more
Belmont

The Long Island Potato Festival kicked off this past Sunday at Peconic Bay Winery in Cutchogue, N.Y. and provided a day filled with fun...
Read more
Food & Leisure

Long Island and New York City are once again preparing for the Chinese New Year with a plethora of festivals and celebrations set to...
Read more

From Greece, With Love

When Maria Zoitas immigrated from Greece to America in the 1970s, she knew she wanted to bring with her a piece of her heritage....
Read more
Food & Leisure

Despite what the cowardice within tells you, Indian food is not entirely made up of unbearably spicy food. It is a deeply nuanced and...
Read more
Food & Leisure

With Thanksgiving here already, it is time to look beyond the bird for the best side dishes to crowd your plate. And since gravy...
Read more