Eternal Con swoops into the Cradle of Aviation

The heroes of the pop culture universe will descend on the Cradle of Aviation June 10-12, as the museum transforms into a comic book and superhero mecca to play host to Eternal Con, Long Island Comic Con. With plenty of exhibits, special guests, cosplay events and more, there’s a jam packed schedule that will appeal to everyone’s inner geek. Here are five things you won’t want to miss. 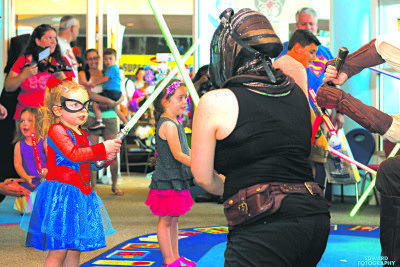 One of Eternal Con’s biggest events is the children’s day on Sunday, which includes Jedi Academy. A group of Jedi will teach light saber techniques to kids 12 and under and all kids will walk away with a free light saber and certificate.

Eternal Con kicks off with a film festival, where indie filmmakers will screen their fan films at the Cradle of Aviation Museum’s 350-seat IMAX Dome Theatre. Audience members will get the chance to interact with the filmmakers, who will present their twists on classic franchises such as Halloween, Jurassic Park and Star Wars. 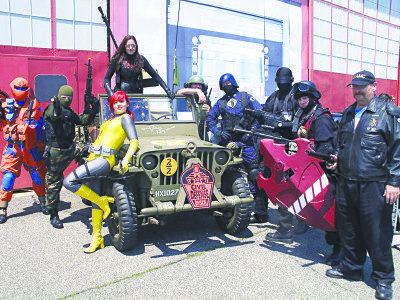 See the Batmobile, Gotham Supercar and other vehicles from television and movies, as well as other military vehicles throughout the weekend in the Cradle’s parking lot. 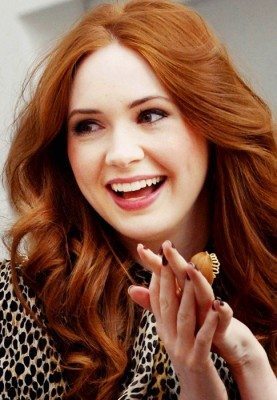 Doctor Who and Guardians of the Galaxy fans won’t want to miss the Karen Gillan panel and Trekkers will definitely want to be in the audience to hear from Brent Spiner. Elizabeth Henstridge, known for her starring role as Agent Simmons on Agents of S.H.I.E.L.D. will do a Q-and-A, and attendees also have the chance to meet the original Power Rangers and voice stars from Sailor Moon.

Whether you want to don a costume and participate or just watch, the cosplay parade is a highlight of Eternal Con every year. Participants usually go all out with their costumes and banners, flags, decorated vehicles and floats are all encouraged. The parade is Saturday at 10 a.m., and goes down Charles Lindbergh Boulevard.

For a full schedule on Eternal Con events, check out www.eternalcon.com.