Fun At The Empire State Fair 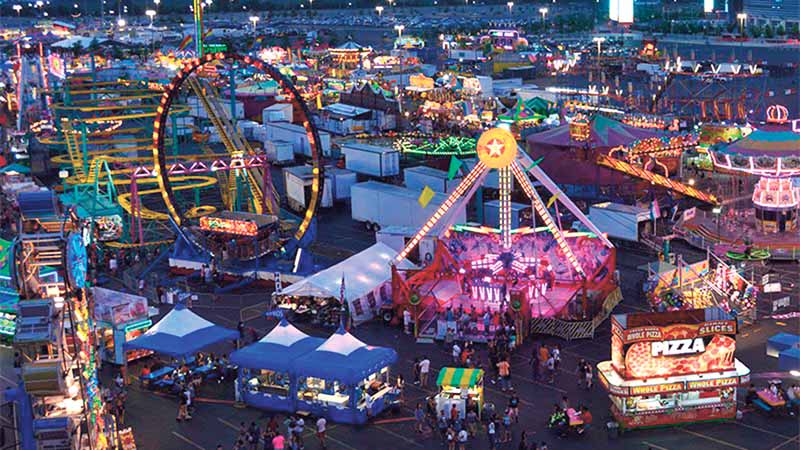 Sunbathing at the beach, lounging by the pool and dining outdoors are some of the privileges of a Long Island summer. In the run up to the warm season, there is one more event that residents can check off their quintessential summer bucket list: The Empire State Fair. The regional state fair is set to come to Nassau Coliseum May 11 through 20, bringing rides, games, food, live entertainment and live animals. Empire State Fair president Al Dorso Sr. believes it will be a treat for the whole family.

“The Empire State Fair offers continuous more than 50 rides and entertainment in the form of different acts like racing pigs, a sea lion show, high-wire trapeze act, petting zoo with farm and exotic animals and so much more,” said Dorso of the activities that will be running all day and night long.

Scouting the entertainment for such an event was not an easy feat. Dorso and his team flew around the country, visiting other fairs, performers and met with concession and ride operators to get a good variety of enjoyable entertainment for children and adults.

Like any fair worth its salt, you can expect the food to be top notch. Dorso shared some of the vendors, which include Captain Ron’s Caribbean Food and Zabbo Seafood and a stand that wraps everything in bacon. Some of the vendors are also local Long Island shops.
“We’ll be featuring the best Greek food vendor in the business, Peter the Greek, as well as Italian, Mexican and other cuisines,” he said. “Of course we’ll have pizza, sausage, zeppoles and regular fare like cotton candy and ice cream as well as fried everything.”

As for the selection of the venue, Dorso, who is a seasoned veteran in the business—finding success at the Meadowlands for the past 17 years–said NYCB and the Empire State Fair chose one another.

“They [NYCB Coliseum] visited me in the Meadowlands years ago, as we do the largest outdoor event in New Jersey, and they wanted to replicate an event like that when they renovated the arena,” said Dorso of the deal. “It’s a great central location.”

For tickets and information, call 516-408-1500 or visit www.empirestatefair.com.

Congratulations to Sharda S. who won a family four-pack of tickets to the Empire State Fair, at NYCB Live Coliseum! Thanks to everyone who entered. Stay tuned for more giveaways from Long Island Weekly in the future!