From Def Leppard To Delta Deep

In case you didn’t notice, Def Leppard guitarist Phil Collen has got creative ants in his pants. As if being part of a globally successful, platinum-selling megagroup isn’t enough (it’s not), Collen has been juggling multiple projects for quite some time now.
Aside from dabbling in production work back in the ’90s, the ex-Girl founding member dove into the 2001 David Bowie coverband Cybernauts alongside Lep’s bandmate Joe Elliott and Bowie’s Spiders from Mars cohorts Trevor Bolder and Mick “Woody” Woodmansey. Then there’s the three-piece alt-rock outfit Man Raze he’s in with Girl bassist Simon Laffy and Sex Pistols drummer Paul Cook.

And despite touring with Def Leppard and putting the finishing touches on the group’s forthcoming self-titled 11th studio album set to drop next month, the always-restless Collen has unveiled Delta Deep, which has put out its own 11-song self-titled debut. Rounding out the group are respected session vocalist Debbi Blackwell-Cook, Stone Temple Pilots’ bassist Robert DeLeo and drummer Forrest Robinson. 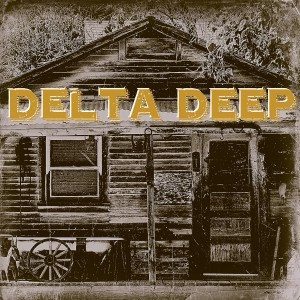 What originally started as Collen and Blackwell-Cook (who is godmother to his wife Helen) playing around with Motown and blues covers whenever the latter visited him eventually evolved into something akin to Chaka Khan hitting the studio with Led Zeppelin. The impetus for the group’s formation came after the duo performed at a benefit for the San Diego–based Gerson Institute, a nonprofit association which uses nontoxic alternative treatments for cancer.”

“When we’d done the benefit thing…we played a couple of blues songs, Motown and a few Def Leppard songs acoustic. When we finished, everyone wanted to know where they could buy it and we hadn’t even thought about it,” Collen explained. “We actually started writing some songs. We thought it was going to be more bluesy but it wound up being more like what the Stones and Zeppelin were trying to do. Instead of trying to copy and be karaoke about it, which is what a lot of people do these days, we added [musical ingredients] to something fantastic.”
Collen played the demo for drummer Robinson, whom he knew from a few years back when the timekeeper was in India.Arie’s band. Chris Epting, who Collen is cowriting a memoir with (yet another project), put the guitarist in touch with STP bassist DeLeo, whose contributions completely changed the original rootsy and blues direction that Delta Deep was originally supposed to take. “When Robert and Forrest came, it just opened up to something completely different,” Collen said. “You had the Zeppelin thing, Billy Cobham, James Jamerson, James Brown, Little Richard, Etta James and you’ve got this fire coming out of it that wasn’t there before. Then when we had our first gig, that took the roof off.”

The end result not only features the foursome tearing up originals like sinewy shuffle “Feelit,” slide-guitar stomper “Bang the Lid” and simmering saloon song “Whiskey,” but guests David Coverdale and Elliott joining in on some covers along with Collen’s Man Raze mates Laffy and Cook. While former Deep Purple Coverdale declined to sing his old group’s “Mistreated” (Elliott wound up doing the honors), he handpicked William Bell’s “Private Number” to duet with Blackwell-Cook while Collen delivered a smoldering take on Ike & Tina Turner’s “Black Coffee” as an homage to his hero Steve Marriott, whom he recalls seeing perform with Humble Pie on The Old Grey Whistle Test back in the ’70s.

For Collen, whose love of blues and soul runs deep, it’s a stab at infusing authenticity into genres he feels have fallen fallow in recent years.
“I maintain that modern-day R&B and soul doesn’t have any soul in it. That stopped years ago. The pain and suffering that you hear in the greats in their voices doesn’t exist anymore. Even the so-called R&B stuff on the radio doesn’t have any sweat, strain or pain. It’s okay and comfortable, which is what the blues became,” Collen asserted. “We had this approach [in Delta Deep] of connecting with that primordial kind of sound and feel that Debbi has in her voice. Again, I hear people that used to sing like that and they’ve gotten more comfortable. They’re great singers for all their life and then they develop this bizarre vibrato and before you know it, everything is sanitized. It’s awful. You just kind of want them to sweat and be sexually driven. Long story short, it ended up being this kind of sound we were looking for and we kind of stumbled across it.”

For Blackwell-Cook, whose formidable pipes have gotten her 20 feet from stardom as a backup singer for Luther Vandross and Michael Bublé, Delta Deep was not only a chance to play alongside one of her favorite people, but a catharsis for her own personal tragedy. The New Jersey native, who splits her time between California, Queens Village and The Bronx, and got her start singing in church, is a grieving mother whose son was murdered nearly three years ago. Her son D’Rock, who was a former member of the Boys Club of Harlem and an engineer who did sound for Tyler Perry and Michelle Obama when she spoke at Morgan State University, was shot jogging on his way to set up for services on Easter Sunday. Delta Deep came about as a means for her, Helen and Phil Collen to honor those close to them who had passed.

“Thank God for Phil. I know he knows it but I don’t think he realizes the depth of the magnitude of gratitude that I have for him. He’s very inspirational and when we work together, it’s like having an out-of-body experience,” Blackwell-Cook pointed out. “With Delta Deep, this was the love net that kept me from giving in to life and it still does. I whisper my son’s name and God’s name in every song. I had a dream that he said, ‘Mommy, sing my life.’ It’s important to create memories and Delta Deep has been responsible for some beautiful memories, even in the midst of pain.”

Delta Deep will be appearing on April 8 at the YMCA Boulton Center for the Performing Arts, 37 W. Main St. Bay Shore. For more information, visit www.boultoncenter.org or call 631-969-1101.