Against The Wind: One Man’s Fight

Home security company Safe Choice Security recently compiled a list of the 29 safest places to live in New York State, and four  communities in Nassau County made the ranks. Using 2012 FCI crime statistics to analyze violent and property crime rates in the area, Safe Choice Security said it ranks each community based on its potential risk. 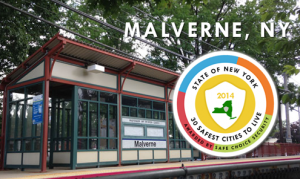 Coming in at No. 2, Malverne in Nassau County made the list for not only its appealing location, but for its security as well.

According to Safe Choice Secuirty, “the Malverne Police Department is committed to delivering the highest quality police service and has even enlisted a volunteer citizens group of Police Reserve Officers, who aid in keeping the town highly safe, despite its proximity to high crime areas.”

Additionally, the company praises the community for its emergency management system, which provides timely warnings and prevention information to help keep residents safe and secure. 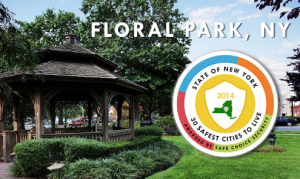 Ranked just below Malverne, Floral Park makes the list at No. 3, for the community’s dedicated police force and youth outreach programs.

According to Safe Choice Security, “with avenues and streets named for flowers, the beautiful community is one cherished by those who live there because of its peacefulness and proximity to big city conveniences and weekend getaways.”

Despite its proximity to one of the largest cities in the nation, the expectation that Floral Park is rife with crime is refuted by the home security company, citing the local police presence as the reason behind its low crime rates.

Located on the South Shore of Long Island, the Village of Lynbrook makes the list at no. 15, for its various seasonal events and ever vigilant police force.

According to Safe Choice Security, “the Lynbrook Police Department, serving 24 hours-a-day, 7 days-a-week, ensure that the community stays safe despite its proximity to the city, so the quality of life in town is never compromised.” 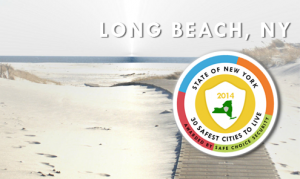 Coming in at the very bottom of the list, the City of Long Beach in Nassau County, ranks at No. 21, for more than just its beautiful boardwalks and sandy beaches.

According to Safe Choice Security, “the Long Beach Police Department ensures the safety of the town through a variety of initiatives designed to keep crime rates low.”

Although parts of the community are still recovering from the wreckage caused by Superstorm Sandy in 2012, the boardwalk was officially reopened to beach-goers late last year.

Nicknamed the “city by the sea,” Long Beach was also named one of the 25 cleanest shores in the United States.