Forming The Alliance Of American Football

A week after the Super Bowl is played, football fans come to the realization that they are going to have to wait seven months before their favorite gridiron sport returns. This year, though, they only had to wait six days.

The Alliance of American Football (AAF) kicked off Feb. 9 with a national broadcast on CBS, the same network that broadcasted the NFL’s championship game. With this new league comes yet another attempt to try to make football a year-round sport, but cofounder Charlie Ebersol believes that it’s going to work this time.

“I spent a lot of time talking to Tom Veit, who is now my head of business,” said Ebersol. “He’s had a lot of experience in owning sports franchises and on how to start a successful league. So he and I started talking at a high level, talking about what we could do and we start digging deeper into it where we started saying ‘Well, if we did it this way, it could work.’”

The idea first came to the surface when Ebersol directed an ESPN 30 For 30 documentary on the XFL, a spring league that ran for one season in 2001 and was created by Dick Ebersol, Charlie’s father, and Vince McMahon. After fleshing out ideas with Veit, Dick told Charlie to talk to football greats Joe Maddon and Bill Polian for advice on how to create the league.

“I called Bill to get together and we ended up meeting over breakfast,” said Ebersol. “Five hours into it, I came away thinking Bill was the smartest person I’ve ever met, especially about football. I called my dad after and said ‘So you said if Bill thought it was a good idea that you would support this?’ and he said ‘Yes’ and I said ‘Great, Bill wants to be my cofounder.’”

The Alliance was born with that conversation and the the new business partners started putting the pieces together. Eight locations were tabbed as homes for the eight franchises that will be playing in the AAF: Arizona, Atlanta, Birmingham, Memphis, Orlando, Salt Lake City, San Antonio and San Diego.

Ebersol and Polian proceeded to surround themselves with plenty of NFL talent to represent the league on the business side, including Troy Polamalu, Hines Ward, Jared Allen and Justin Tuck. As for the on-the-field product, they knew having coaches with NFL experience was going to be important. Hence, a head coaching roster including Steve Spurrier, Mike Martz and Mike Singletary was announced.

“We wanted to have head coaches and general managers that had experience running NFL teams,” said Ebersol. “We also wanted people who would mean something to a national and local audience. That’s why we have, for example, Spurrier as our Orlando coach because he means a lot to Florida and the national audience knows him.” 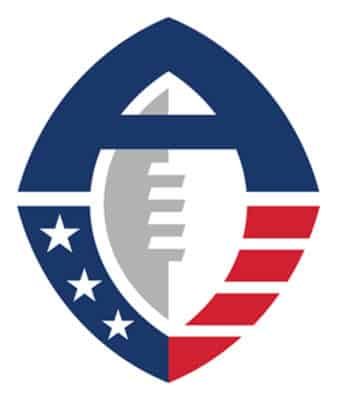 The AAF is a developmental league for players, as well as coaches and referees who are trying to make it to the highest level of the sport. This league was built to give players a chance to resurrect their NFL careers by letting them play in games at a pro level. Players that have joined the league include former third-overall pick Trent Richardson (Birmingham) and former New York Jets quarterback Christian Hackenberg (Memphis).

“We want players to believe they can make it back to the NFL,” said Ebersol. “We’ve done everything we can, especially in partnership in some ways with the NFL, to try to make that happen.”

If you turn on a game on CBS Sports Network, NFL Network or any of the other platforms the league airs on, the audience will experience a shortened game with a 35-second play clock and no commercial breaks except between quarters. The game is played differently in some ways, with the most glaring being there are no kickoffs or extra points, so teams must go for two every time they score a touchdown. Finally, the league will have a sky judge that reviews plays that viewers can actually watch and listen to as they review.

“You have to listen to the fans as well as those who put an emphasis on safety,” said Ebersol. “I had a friend text me the other day ‘From pulling in to the parking lot to pulling out: 2 hours and 38 minutes’ and then in all caps ‘BRAVO!’”

The league will play their fourth week of action starting Saturday, March 2, with the first televised game of the week at 8 p.m. on NFL Network between the San Diego Fleet and Memphis Express. For more information, go to www.aaf.com.