Forever Flying With The Angels 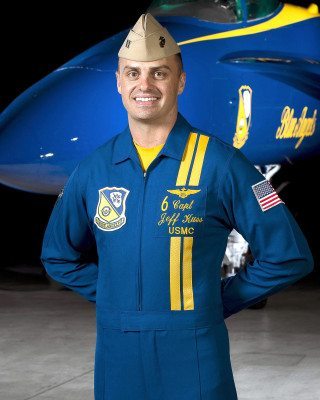 It is with a heavy heart that I write this, but I just can’t believe what happened last week. I had the honor of speaking with Marine Captain Jeff Kuss just three weeks ago, as he was the feature story in Long Island Weekly’s Memorial Day issue. When I learned that his plane crashed in Tennessee shortly after take off and that he was killed during a practice run for an upcoming air show, my stomach sank. My heart goes out to Captain Kuss’ family, friends and his fellow Marines and Blue Angels. I hope his family will keep that story as a reminder of the amazing, passionate and dedicated man he was. I hope you rest in peace, Captain Kuss, as you are now flying higher with the Blue Angels.