For The Glory Of Cheese

Cheese is a many-splendored thing. Aged or fresh, hard or soft, stinky or mild. In all of its various forms, cheese goes with everything except lactose intolerance. It’s served for breakfast, lunch, dinner and snacks, pairs with wine, beer, meats and fruits, extravagantly served to guests or eaten alone in blissful solitude.

According to various sources, including www.cheese.com, there are about 2,000 different cheeses in shops and markets around the world. Each one with its own texture, character and personality—all made mostly from the milk of cows and other mammals including sheep, goats, buffalo and even reindeer, camels and yaks. Since it was first cured in a sheep’s stomach around 4,000 years ago, cheese has swept across the globe, becoming a culinary crown jewel, while also remaining humble enough for a processed version to be delivered via spray can.

The flavor range for the more vigorous cheeses is almost impossible to fathom. There’s cheddar, with the strong Farmhouse variety being almost stunningly sharp with a rustic complexity reminiscent of an old barn. Roquefort is another of the more robust cheeses, aggressively blue with an unmatched creamy texture. Then there’s Parmigiano-Reggiano, with its hard, gritty texture, nutty notes and bitter taste.

Long Island has seen an uptick in cheese availability, with grocery stores like Kings Food Market and Whole Foods going beyond Kraft singles with entire sections devoted to gourmet cheeses. For cheeseheads who want an even wider array from a big box supermarket, Fairway leads all others.

On the smaller scale, a smattering of cheese shops bring the mild, the stink, the musty funk and everything in between. C’est Cheese (216B Main St., Port Jefferson) is an all-encompassing shop with artisanal cheese, craft beer, boutique wines and a cheese-focused menu with cheese plates, charcuterie, salads and sandwiches.

The Cheese Store of Cedarhurst (532 Central Ave.) is another great option—they also happen to serve some of the best iced coffee on the island. Back out east, Patchogue’s The Cheese Patch (20 E. Main St.) offers an indulgence of local and imported cheeses, along with wine and craft beer pairings.

Even with an arduous creation process, cheese remains one of life’s simple, at times stinky, pleasures. 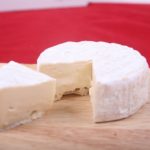 Produced by leaving curdled milk to drain in molds for a few hours before it’s salted, then sprayed with cultures that produces its characteristic white and fluffy rind—the bloom. Humbolt Fog, Brie, Camembert. 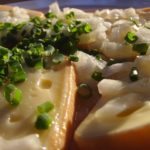 Some of the stinkiest cheeses, these cheeses are washed in a brine, beer, cider or wine along with bacteria while ripening. Taleggio, Limburger, Winnimere. 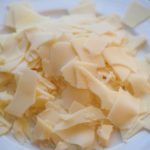 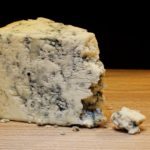 Produced with cow’s milk, sheep’s milk or goat’s milk, blue vein cheeses are ripened with cultures of the mold penicillium. The final product is characterized by green, grey, blue or black veins or spots of mold throughout the body. Roquefort, Gorgonzola, Stilton. 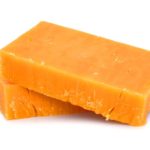 A firm cheese that is washed, then drained and pressed to remove whey. Less moist due to the aging process. Cheddar, Gouda, Gruyere. 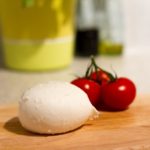 A technique that sees cheese stretched and pulled, with a kneading treatment of fresh curd in hot water. Mozzarella, Provolone, Scamorza. 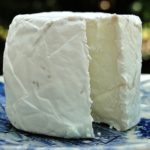