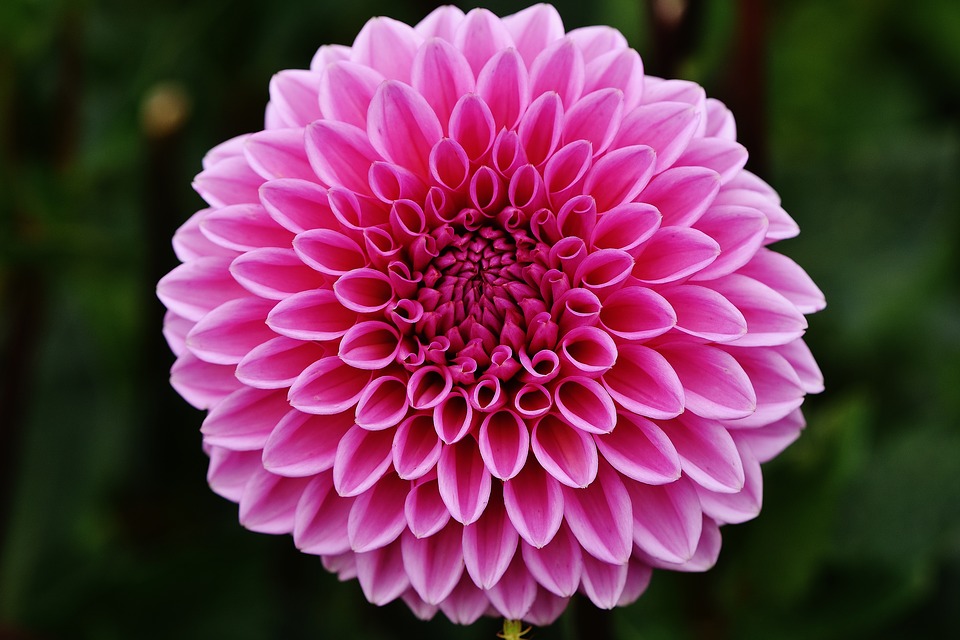 For many gardeners, the advent of autumn marks the end of the calendar blooming period. Months of arduous cultivation and monitoring culminate as once-vibrant gardens give way to the bleaker pigments of the colder months. But for dahlia growers across the country, the transition to fall is welcome as their flowers bloom until frost, thriving in the cold while their garden counterparts wilt.

For Tom Cleere, an avid dahlia grower, the appeal of the dahlia extends beyond its unique blooming period.

“The allure of the dahlias is twofold,” Cleere said “The forms are greatly varied and the colors are virtually infinite. When you combine the size of plants with the colors and the forms, it’s tremendous variety.”

But, he is not alone in his appreciation of the dahlia. As president of the Mid Island Dahlia Society, Cleere leads a cohort of approximately 90 members that hail from Queens to Western Suffolk County as they work together to grow beautiful dahlias.

The Mid Island Dahlia Society started more than half a century ago, right around the end of World War II, according to Cleere. Originally utilized as an escape from the atrocities of war, the cultivation of dahlias has grown to become more than a distraction; it has now a significant undertaking in its own right.

Nowadays, members of Cleere’s group gather on the first Monday of every month save for January at the Church of the Advent in Westbury to share temporally-relevant tips on growing the best dahlias. In this way, the group has become more of a community than merely a monthly gathering of gardeners.

“We’ll talk about what’s going on in the specific month of your growing, but there’s a social aspect of it with food and drink. We have an end-of-the-year holiday party in December, and a group picnic every July,” Cleere said.

Moreover, with three local gardens spread out across Nassau County, there are weekly check-ins at the gardens that offer the potential for hands-on experience and bonding between community members. These gardens are located at the Planting Fields Arboretum, Eisenhower Park and the Cornell Cooperative Extension and are open to the public.

In general, the Northeast is a fairly good area to grow dahlias. Although it is not conducive to the growth of the best dahlias like the Pacific Northwest, the Northeast holds its own with its moderate but varied temperatures. As such, the Mid Island Dahlia society has been able to consistently grow quality dahlias that keep members coming back and draw in new members. 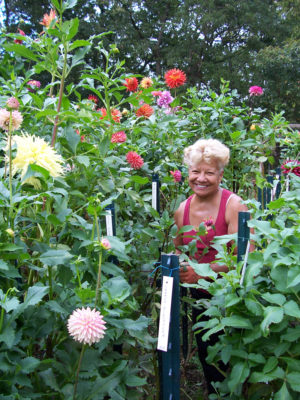 As for the demographics of the group, Cleere estimates that the average member age hovers around 60 to 65 years old with the average new member joining around the half-century mark. He also added that most members are in it for the long haul. “[We have] many long-standing members. It seems to be a group that when you’re in, it’s something that you stick with.”

Although there is no prerequisite to join the group, most Mid Island Dahlia Society members have an awareness of gardening before they join. In fact, many join as gardeners looking to fill the void at the end of the year when blooming period for most of their flowers has passed. However, for the curious and committed mind, it is more than possible to join the society without prior experience.

In the past, the main mediums of garnering attention for this group have been word of mouth and an annual exhibition at the Planting Fields Arboretum in mid-September. In fact, this is how Cleere got involved nearly 30 years ago. He was at the Arboretum for a dog show when he happened to stumble across the group’s annual show. Cleere was immediately blown away by the beauty of the dahlias that day and, suffice it to say, he was hooked. 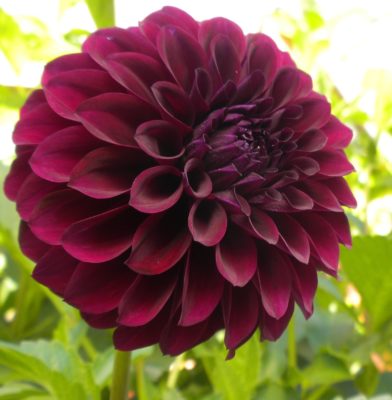 This year, the exhibition is scheduled for Sept. 16-17, right around prime blooming time.

“The absolute prime time for [dahlias] is September when the days start getting a little bit shorter, the temperatures moderate and the nights are cooler,” Cleere said. “That intensifies the color of them.”

Perhaps, as was the case with Cleere, the Mid Island Dahlia Society’s show will again grab the lifelong attention of another unsuspecting viewer with its flowers’ mesmerizing forms and colors. Perhaps it will be you.

For more information on how to join the Mid Island Dahlia Society, visit www.midislanddahlia.org.